Let's take a trip down memory lane starting with this video:

That iconic PlayStation startup sound resonated with a lot of 90s kids when it was released in 1994. It was a make it or break it moment waiting to see if the disc was readable or not. If the second startup screen shows up, rejoice! You can now play the game. Or, if you’re like me, who lived in the Philippines and owned an American PlayStation in the 90s, it was probably some disc that was not compatible at all.

Many games have come and gone during the life cycle of the original Sony PlayStation, which had to compete with the Nintendo 64 and Sega Saturn from 1994 to 2006. Some of those games are critical successes, like Gran Turismo and all three Tekken games. Others became cult classics years after their release, like Parasite Eve, which combines survival horror and RPG elements to create an interesting take on the genre. A handful of titles from that console have left an indelible mark on my life, and here are some that defined that generation.

I never fully played any survival horror games growing up. The only exposure I had was being overwhelmed with fear playing Resident Evil 2 for about five minutes when my cousins wanted me to “try” out a new video game as a prank. And I swore that I would never touch another game like that again! Until Dino Crisis, that is. The plot focuses on multiple characters who are part of an elite commando squad called the Secret Operations Raid Team (SORT). They encounter recurring outbreaks of deadly dinosaurs and other monsters in a closed environment at a laboratory on an isolated island, and they find a doctor who was thought to be dead for three years. This title was the first meaningful experience I had playing the survival horror genre.

In Dino Crisis, the team behind the Resident Evil franchise brings their signature flair of tension and scenery to a new location: an island where there are no apparent means of escape. This time, instead of the undead, it’s dinosaurs who are the looming threat in the game. Meanwhile, the different puzzles littered throughout the island are a nice break from the crazy chases and gunfights. Plus, the multiple endings really got me to play the game more than once. With Dino Crisis, the weight of a person’s decision determines where the story will end. Some titles prior to the release of Dino Crisis have a linear beginning, middle, and end and have little to no sway from the player’s decisions.

Solid Snake. The name is synonymous with the stealth subgenre of action games. This was my first time playing a game like this, and my love for the stealth genre originated from playing Metal Gear Solid. He sneaks around the fictional island of Shadow Moses, and he attempts to thwart a nuclear attack from the terrorist group known as FOXHOUND. Game director and Quentin Tarantino clone Hideo Kojima took the game in a more cinematic approach as longer cutscenes picture the over-the-top narrative. Kojima created characters with unique personalities and traits that stood the test of time. One of these is Revolver Ocelot, the straight-shooter mercenary with a penchant for the macabre.

What’s even more interesting are the different gameplay mechanics that were introduced in the game. This included quirks such as breaking the fourth wall when Psycho Mantis was reading my memory card to reveal a save file from another Konami game—it blew my adolescent mind! It also included larger boss fights where every inch of the screen is used to show how big a boss fight can be. And in the case of the firefight with Sniper Wolf, the space is tight and shows how anxiety-driven the fight can be.

What can I say about Final Fantasy VII? I spent countless hours playing the three-disc epic! This was the game to play on the original PlayStation, and for good reason. The story was solid as the fight to save the world becomes a priority rather than just another mercenary job for Cloud Strife. As the story progresses, the more the game world comes to life outside the metal walls of Midgar. The characters are deep, and their personalities shine! Cloud, for example, dreams of becoming part of the elite SOLDIER unit. Though he falls short of that goal, he finds clarity over the course of the game, transforming him from selfish and cold to supportive and selfless. The combat itself is amazing, too. Though it's a turn-based RPG, the attacks have an impact as the hits land with a THUD!

This game made such a lasting impact on me that the Final Fantasy VII remake in 2020 really resonated with me. The worlds that I visited so long ago were lovingly restored to match the graphics of the current generation of consoles. Seeing these moments done on the next-gen PlayStation 5 console really hit home as memories of playing all three discs of this epic came flooding back. And it brings new players who have never played the original Final Fantasy VII to get a chance to make their own memories playing it!

Here are some of my fellow Couch Soup contributors reflecting on the original PlayStation games that define them:

The PlayStation game that best defines my experience with the PS1 is Crash Bandicoot 2: Cortex Strikes Back. Growing up, I didn’t own the original PlayStation, but fortunately, I had family that did. When this game was released in October of 1997, I was five years old. Being the baby of the extended family, this small rectangular box from Japan was a tool used to create familial bonds with our large Swedish family. While I may not have been able to bring anything to the table conversationally, I could communally enjoy the sensation of beating a tough boss or hurdling over some whacky obstacles. Besides all the quality-of-life improvements that I’m able to reflect on and appreciate as an adult jumping from Crash Bandicoot to Crash 2, what stands out to me the most was how accessible this game was for me as a child. It didn’t matter if I was falling into bottomless pits; I was riding a polar bear. It didn’t matter if I would instantly get blown into oblivion from spinning into nitro containers; I was having fun while doing it. After recently revisiting Cortex Strikes Back (now included in the Crash Bandicoot N. Sane Trilogy), I can say that this game still holds a special place in my heart.

My PlayStation moment was with Final Fantasy IX, one of the last major games to come out of the PS1 era before the start of the PS2 era. Being 10 years old, it gave me a view of the future in terms of graphics and storyline. With my small game library, while growing up, I had never experienced a story that had laughs, action, horror, and tragedy all in one game. This will be a hot take: the best Final Fantasy games on the PS1 (in order) are FFIX, FF Tactics, FFVIII, and FFVII.

From Candace: I was nine years old when the original Tomb Raider was released for PlayStation. As a young girl, I was ecstatic to be able to play as Lara Croft, who was a strong independent, cunning, beautifully intelligent female lead. Lara's story piqued my interest in history, and I deepened my studies to see where the game took fact and molded it into fun fiction. I spent hours playing the original and couldn’t wait to see where Croft’s next adventure would take her in the world. Tomb Raider helped broaden my mind and develop a strong desire for adventure. Lara never hesitated to take on a challenge, and I took that to heart as I matured.

From Michelle: I am going to echo what I mentioned in Candace's article, Our Journey as Female Gamers, and repeat that Tomb Raider is the PlayStation game that left a huge impression on me. I grew up in a family of sisters in an area where hard work was a necessity. We were females leading a male-driven life with farm work, construction, etc. Having Lara Croft as a lead in a video game escape spurred my love for strong female role models. This has since grown to include the likes of Wonder Woman, Xena, and Rebecca Walton (newer to the scene). Lara Croft helped me grow to be the strong female I am today and be proud of it, not ashamed!

Resident Evil 2 is a staple of the original PlayStation library for many reasons. It defined survival horror as a genre. It worked within the limitations of the time to deliver a cinematic and terrifying experience. It also showed that there was a desire for mature games, much like Deadpool did for R-rated superhero movies. On a personal level, RE 2 made me a believer in Sony and the PlayStation. To this day, I still play the originals on a regular basis as I still love getting lost in the atmosphere and the horror. It defines the console.

What original PlayStation title left a great impression on you?

Did you grow up on local multiplayer video games? Maria explores both the fall and future hopes for couch co-op games.
by Maria Kinnun | July 9, 2021 | Games 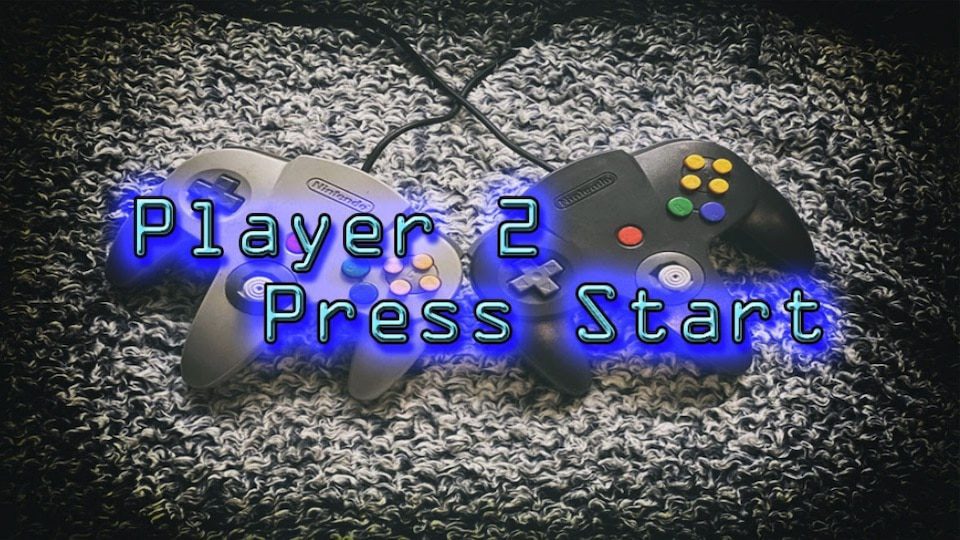