Right from the get-go, I was interested in Sifu’s premise. A young Karate student seeks revenge for the murder of his (or her) family at the hands of the leader of a rival clan. Hmm, this seems awfully familiar (Googles “plots of Bruce Lee films”). The majority of previews for the game made it look like you would battle endless goons down a never-ending corridor of hallways in run-down apartments and historical temples. After just the prologue, I was thrilled to see that there is much more kung-fuiness to it than that.

After witnessing your father's murder followed by being murdered yourself (spoiler), you come back to life from the power of an ancient medallion. You then dedicate the next eight years plotting your revenge, complete with a giant board of pictures and red strings attaching to things relevant to each other like that conspiracy theory guy at work we all avoid. You, filled with the burning desire for revenge, have diligently mastered a form of kung fu known as Pak Mei. Which is presented in what has to be the coolest playable training montage during the intro credits I have ever seen. In a beautiful way, it establishes some base game mechanics for you to learn, all set to the style of a classic martial arts movie-inspired opening.

In very Kill Bill fashion, you are hunting a group of assassins involved in the murder of your family. You start your quest for revenge with the man that ended yours, known as the Botanist or Fajar. I found myself in a dodgy part of the town called “the squats” and began my martial arts journey of redemption. Making all of the appropriate noises one would make while decimating my foes with my slick skills. I quickly dispatched the lowly thugs in the starting area, bloating my belief in myself immensely; I carried on until I reached my target. Weirdly this DC villain reject has the ability to make trees grow and left me blind to attack; he even killed me and made me age. How dare he! Oh, so when you die in Sifu, the medallion brings you back to life, but you age. I literally lost 11 years of my life to this fight.

So let's talk gameplay. Sifu is very much an action-adventure game, but the combat is performed in a much more complex fighting game style. You can do light and heavy attacks that can be combined together, block, dodge, parry. Typical kind of moves. However, as you take on more challenging enemies or face larger groups at a time, things become a bit more complicated. Picture the combat from the Batman Arkham games, but way more precise and nuanced. You can improvise weapons on the levels as well, including bottles, pipes, bricks, brooms, whatever you can pick up and throw and bash with. Now there are some faults to mention. There is no lock-on or targeting system, which can lead to randomly unleashing a flurry of punches on a wall instead of your opponent’s face. The camera doesn’t move unless you tell it to, so it is a bit needy, leaving you with not-so-great views of the fight. Maybe some of these things will be patched by the time you read this.

Let’s get one thing straight. Sifu is not an easy game. The challenge picks up pretty quickly. You have to study your enemy's movement or find yourself dying of old age faster than Walter Donavan at the end of Last Crusade! When you start, you are a spry young lad of 20 years, and you age one year upon the first death. Then the years start stacking, and before you know it, you jump from 30 to 38. If you reach the ripe old age of 75ish and fail again, the medallion can no longer bring you back, and it is game over. This is when you realize that Sifu is a rogue-like game that revolves around a cycle of repeating and hopefully learning. Which you do, learn things, I mean, as you play through levels and explore, discovering closed doors that can be opened if a key is found, thus creating a shortcut for the next attempt. Facing bosses to learn their patterns and fighting staples as well as how to combat those styles is a must. I was getting extremely frustrated with a particular boss until roughly my third attempt when I discovered the key to success.

Fellow Couch Soup contributor and martial arts enthusiast Luis Reza checked out some footage with me to see the game in action, and here is what he had to say.

Death has its rewards. When you are defeated, and you will be bested, a lot, you are given an opportunity to spend XP learning new skills or techniques in battle. Developing your fighting skills in new techniques open up new combos, blocking certain attacks, or focus for special moves. These special moves allow you to consume a focus gauge to unleash powerful specials, like poking someone in the eye! As I made my way through the levels, I also came across little jade dragon statues that give you an extra bonus. These can only be granted once per statue, so choose wisely, young grasshopper.

Finally, it clicked. I realized that when you unlock a skill, you still need to unlock it permanently by feeding into the skill 5x the total XP required to unlock. This is how you progress on top of just getting good. When I started getting the hang of blocking and parrying, I had a moment of Zen and found my inner peace, like Kung Fu Panda. This isn't to say I completely stopped getting my butt handed to me like a Happy Meal at McDonald’s, but I started getting farther and doing better. I began to truly feel like a badass martial arts master as I started to nail perfect parries that led to devastating finishing moves. Taking out a group of five to 10 baddies smoothly and seamlessly felt empowering as I, as a player, got better at the combat, not my character. That is what it's about. Learning and adapting, trial and error. I started to feel the same sense of exhilaration and accomplishment that I get playing a Souls game, and it made me very, very happy.

If you are not up for dedicating yourself to challenging combat that takes determination and skill to succeed, you may want to look elsewhere. Otherwise, if you enjoy kung fu movies and want to play a game that masterfully crafts a playable experience around them, then you should absolutely play Sifu.

Are you playing Sifu? If not, are you interested in Sifu after reading this article?

Let us know in the comments below as well as any amazing moments you have had.

Another Microsoft franchise is getting the Master Chief collection treatment, will it be the Marcus Fenix Gears of War collection, or something else?
by Jake Brown | January 26, 2022 | Games 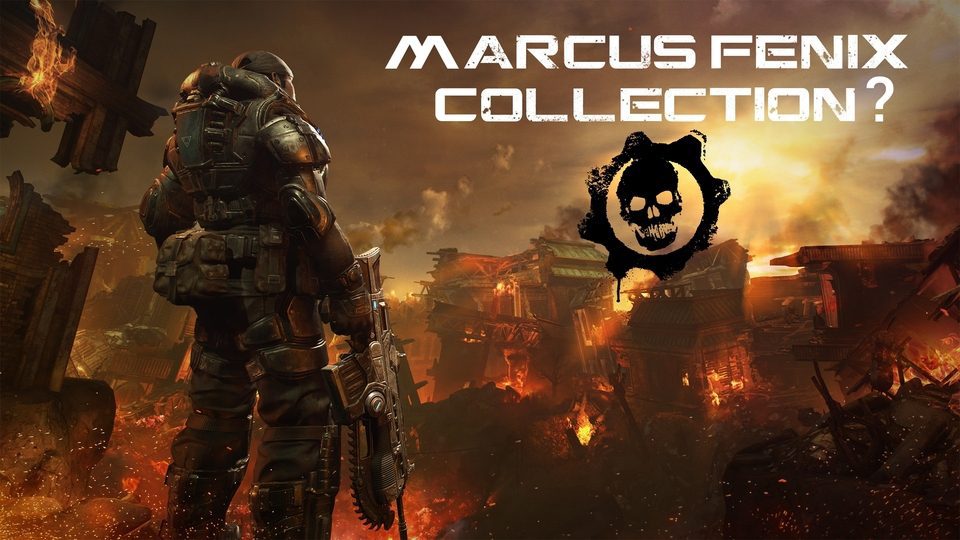