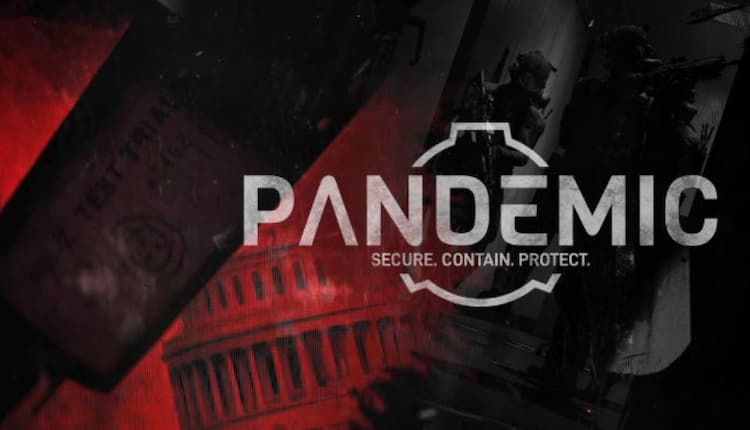 SCP: Pandemic is a hardcore first-person cooperative tactical shooter currently being developed by Affray Interactive. You start off in an underground bunker named "Area-12" in the SCP lore (SCP-5000 canon by Tanhony, more precisely). You are a rogue fireteam fighting against The Foundation's decision to commit global omnicide by utilizing SCPs. If that doesn't make you perk up just a smidge, then I honestly have no idea what will because when I was playing this creepy-ass game, I realized that it felt like playing Insurgency: Sandstorm or Ground Branch. It's like a combination of those two games with just a dash of horror elements added to the mix, and I am all for it!

The lore behind SCP

If you don't know what SCP means, the acronym stands for "Secure. Contain. Protect" It's better known as "The SCP Foundation," a secretive organization that searches for anomalies around the globe and protects the populace from them. Each SCP is assigned a threat designation upon research and discovery. There are 8 classes that I know of when designating SCPs.

SCPs are either contained or left alone. An example is SCP-169 (Class Keter), considered to be a giant arthropod that has been described by sailors throughout history as a "Leviathan." SCP-169 can cause continental damage due to its size (at least 2000 - 8000km in body length). This big-ass SCP legitimately looks like a bunch of archipelago islands. The only way that The Foundation discovered it was that they noticed the islands had shifted a few kilometers from its original location.

Another SCP that I personally find a little terrifying and extremely annoying is SCP-173. This SCP is made of concrete and rebar with Krylon brand spray paint. SCP-173 is designated as a Euclid class and can snap or strangle a person if you don't maintain a direct line of sight. When you blink, SCP-173 will kill you with extreme prejudice and speed.

The Meat and Potatoes

Now that I've given you a couple of examples, let's get down to the good stuff of SCP: Pandemic!

Loading up, you will have the option to browse servers or start a private game if you want to play solo. I chose the private game option to test out the game solo, but I was able to find players to run through the campaign (more about that later)! When you select "Private Game," you can choose between Campaign, Weapon Testing, A.I. Testing, Wave Survival (my favorite), and PVP Testing.

Upon loading up the small campaign, I was met with not too many assets and figured out I was still loading in! Funny thing: while I was waiting for the game to load in, I looked up with my flashlight on and saw the text that reads "STAY STILL UNTIL THE MAP LOADS...IF YOU SEE THIS-THE MAP IS NOT PROPERLY LOADED." Nothing says early access alpha quite like that, but it's forgivable! It's why it's in early access to begin with!

After that discovery, I explored a little and got a feel for the game. It does feel like I was playing a mixture of Insurgency: Sandstorm, Ground Branch, and Ready Or Not. Mechanics that I noted utilized the "low-ready" stance with a weapon, ammo is the number of magazines you carry, and ADS is disabled when using NVGs (night vision goggles), so the player is forced to tilt the weapon for better aiming. I found it better to have a laser attachment when using NVGs.

While making my way through Area-12, I noticed that our overall objective was to find evidence that The SCP Foundation was weaponizing the Psi-Z program. All the while, I didn't realize… I was going straight into SCP-173-B's concrete grubby little hands. Full honesty here… I didn't see 173 standing on my left; if I hadn't turned to my left, 173 would have insta-killed me due to not paying attention to my surroundings. (The devs basically roll the red carpet out to 173's position, but I digress.)

Navigating my surroundings while maintaining line of sight with SCP-173-B, and let me tell ya… IT IS REALLY DIFFICULT HAVING TO DO IT BY YOURSELF RATHER THAN WITH A TEAM! Sooner or later, SCP-173-B will lose interest when progressing further down the level and will stop following you (thank god for that). Doing that by yourself was a bit challenging at first, but having a team would be easier. After trying the run solo, I figured it would be a good idea to find players to do the campaign to test how it feels being with a team in this game.

Overall impressions in the multiplayer portion of SCP: Pandemic was that it's honestly fun. Navigating around SCP-173-B proved to be so much easier, and dealing with hordes and armed enemies was less daunting than doing it by myself. There is the problem with not having much of a player base in the game, and toxicity can be an issue, but I'm sure Affray Interactive will be adding a report button in the future, if not already.

As much as I want to talk about Area-12, I will keep the rest to myself because it wouldn't feel right to spoil the whole run for you! Go check that shit out for yourself and purchase the game! There are other levels to try out aside from the campaign, too! Wave survival is a fun way to just chill out and kill zombies! I killed so much time on that level! If you want to test out the game's mechanics or by helping out Affray Interactive with identifying critical bugs within the weapons or A.I., look at A.I. Testing and Weapons Testing levels.

The game is sitting pretty well on Steam, so you and I know that this title can be worth the buy! Just be warned: it is still in the alpha stages of development. However, it is awe-inspiring with where it is at, and I am really looking forward to what they come up with and add to the game. I do know that they will be adding new SCPs into the game.

With that said, you should also check out their roadmap! It will show you everything they will add to the game and what is in progress so you will continuously be updated with information on what is being worked on.

Does SCP: Pandemic feel like the kind of game for you!? Let me know in the comments down below!

Major update as of June 23rd!

After writing this article, I discovered that Affray Interactive recently released a significant update. On going through the game, I have to say I am pretty impressed with the updated environments of the campaign, new weapons, and attachments. The level layout and design look smooth, emphasizing particular objects like lighting panels or breakers when needing to progress in Area 12. Now keep in mind this is just version 5 of the entry area. Affray Interactive did not give the whole level the same treatment as the beginning section of Area 12.

Here are the new weapons that Affray added in the update:

The guns feel pretty good when going against a horde of zombies or armed SCP personnel. I am a massive fan of all these guns, and it is refreshing to see new weapons added to the mix!

Along with the new weapons, there are 5 new attachments!

Another refreshing look at what you can do to the sidearms! Especially with the Oppressor Suppressor since the other sidearm suppressor was brutal to utilize.

Last but certainly not the least is the newest level/game mode, Thrill of the Hunt! This game mode feels more like I was playing a terrorist hunt mode but with objectives! Taking place in Sweden, you are tasked with specific goals to complete while raiding the base. The main goal is to neutralize 30 SCP guards patrolling the area. You can also be tasked with finding data to back up or securing certain compound areas.

Oh and I cannot forget about the environments! Every playthrough will have different weather patterns or show whether it is day or night! I thought that was pretty cool, not going to lie. Another thing that I noticed was the animation of how the player holds his gun! If you watch the video above you will notice that the trigger finger is in fact OFF THE TRIGGER WHEN NOT READY TO FIRE!! You can tell that whoever animated that is a responsible gun owner! It’s the little things I guess, you don’t always see that in first person shooters.

Overall, I had fun playing this and can see myself playing it over and over again. I will also be impressed if we see SCPs in Thrill of the Hunt! If they do decide to do that within the game mode, I can see a lot of players having a blast with it, but we shall see how the devs do with this. Remember, this is early access, and parts of the game are still unfinished, but if you love early access titles like me, you have got to give this game a try!

Liza teams up with Couch Soup's own Drewseph J Drewsephine to recap and discuss Outlander's Season 6 finale, including why this season felt so different from seasons 1-5.
by Lizabeth Phoenix | May 9, 2022 | ReviewsTelevision series 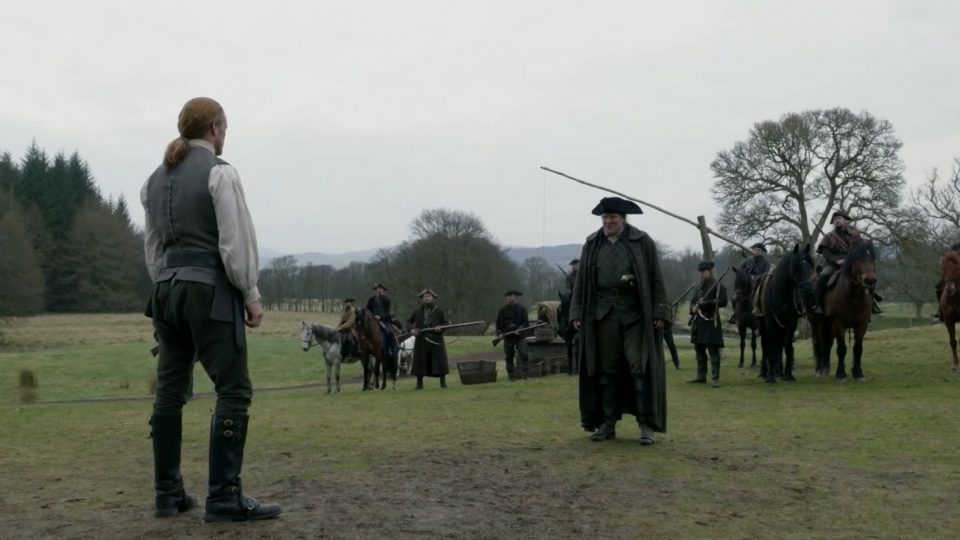 Outlander is more than just another historical romance novel adaptation. This March, Season 6 sees Jamie and Claire face the beginnings of the American Revolution. If you’re an Outlander skeptic, allow Liza to convert you with her recap and reflections.
by Lizabeth Phoenix | March 3, 2022 | Coming soonReviewsTelevision series 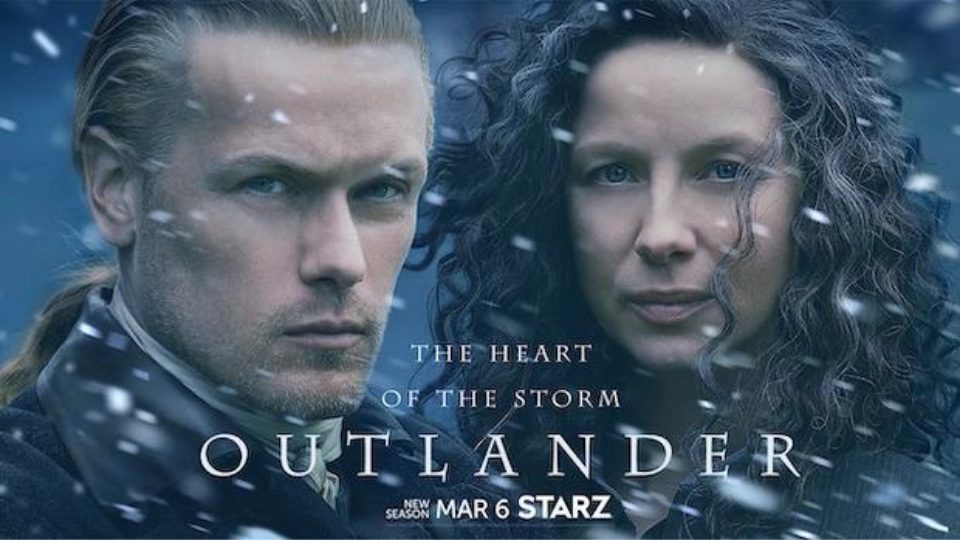