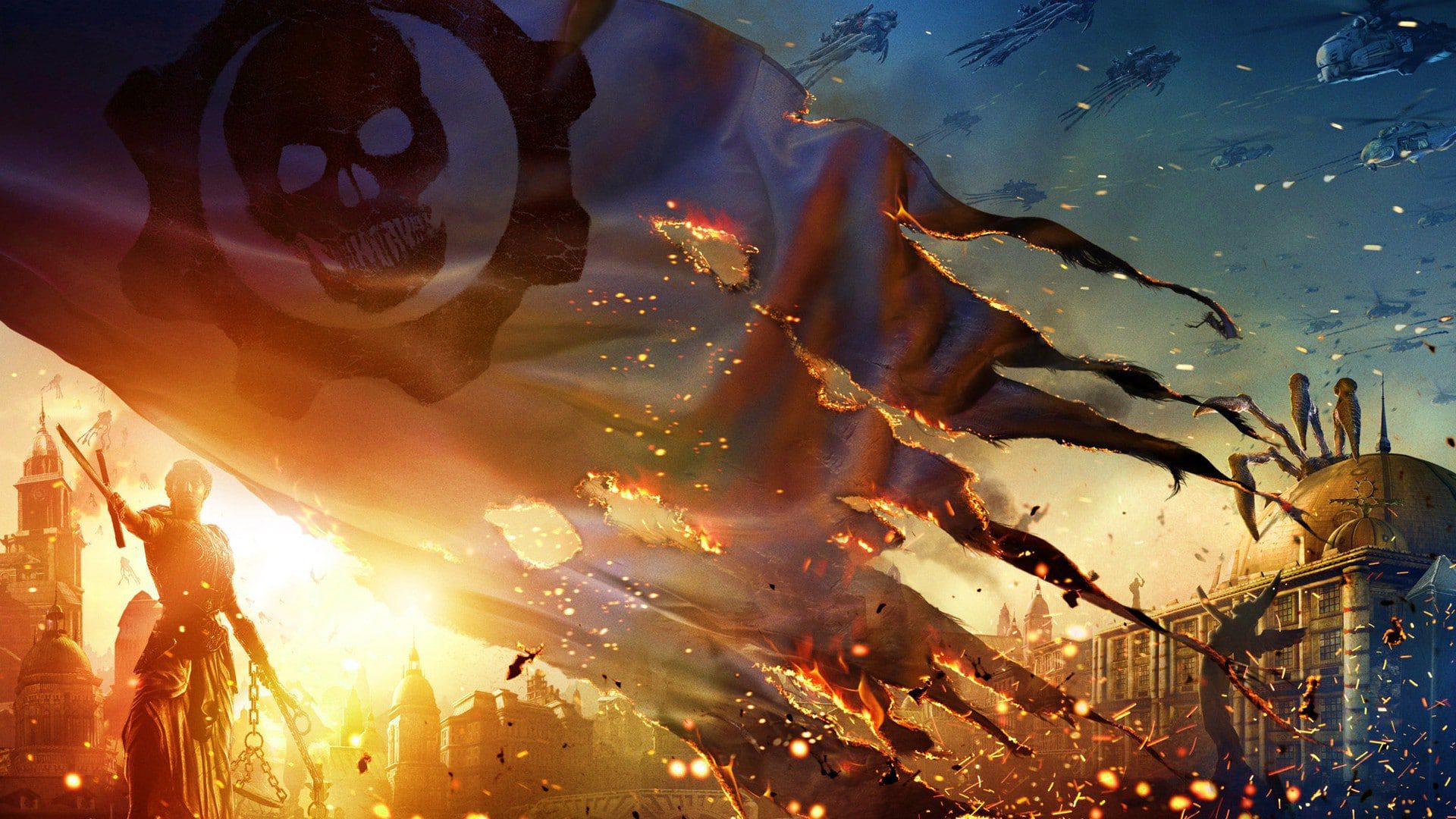 My story begins in November of 2006. The Xbox 360 is just about to turn a year old, and with games like Halo 3 still another year away, my older brother and I had nothing to scratch that co-op/multiplayer itch. We stopped at our local GameStop to pick up Lego Star Wars II: The Original Trilogy, one of the most fun and brilliant co-op games I have played. But something else caught my eye. There it was. The game's box art immediately piqued my interest. A game that has Hugh Jackman (huge-jacked-men *haha*)? check. A third-person shooter that has horror vibes? Ah, check. Lastly, a game that may deliver that multiplayer experience my brother and I had been looking for? CHECK, CHECK, and CHECK! With the game purchased and our hopes high, we eagerly rushed home and inserted the disc into our 360.  We loaded up the main menu to witness the title of a game that would have an impact on my life to this day... Gears of War.

Gears of War is a series that takes place on Sera, a planet similar to Earth. A military faction named the Coalition of Ordered Governments (COG) has claimed victory in a seventy-nine-year war, dubbed the Pendulum Wars, against the Union of Independent Republics (UIR). They have been fighting over an alternative fuel source called Imulsion. There was finally peace on planet Sera for only six weeks before an army of terrifying creatures referred to as the "Locust Horde" emerged from below the surface and declared war on humanity. They killed a quarter of the population in just the first twenty-six hours. This would go on to be known as Emergence Day. Now, fourteen years later, you play as disgraced war hero Marcus Fenix and his best friend Dominic Santiago, (voiced by the talented John DiMaggio and Carlos Ferro) who are tasked to carry out a last-attempt mission to save humanity. 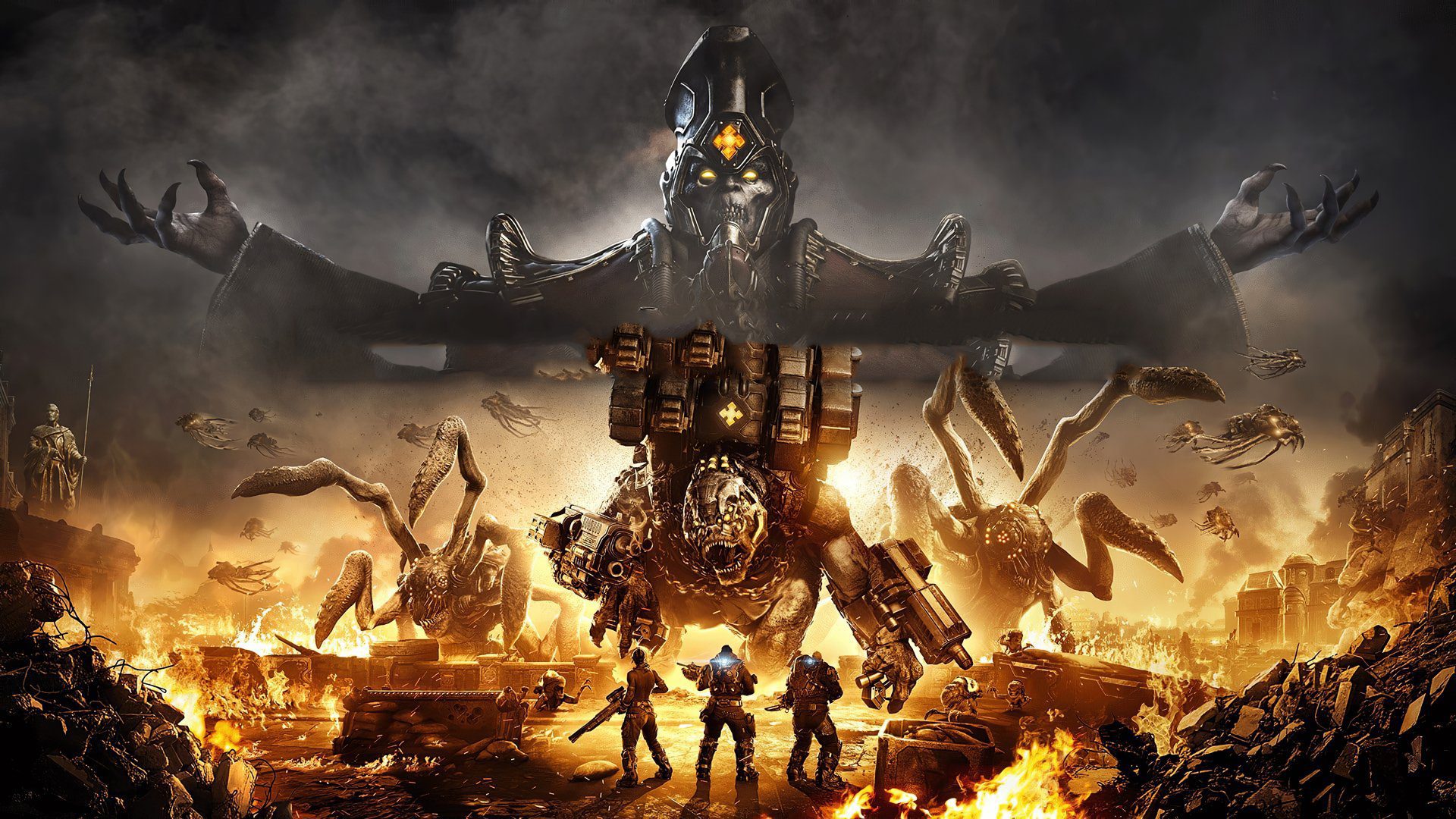 You may take a glance at the series and think, "Oh, it's a game about these big meatheads chainsawing space aliens," but there is so much more to it than meets the eye. As I played the series over the years, it told a story of brotherhood and family, and that is exactly what I found in the outside world thanks to this game franchise. It led me to a group of a select few who I now call brothers of my own. 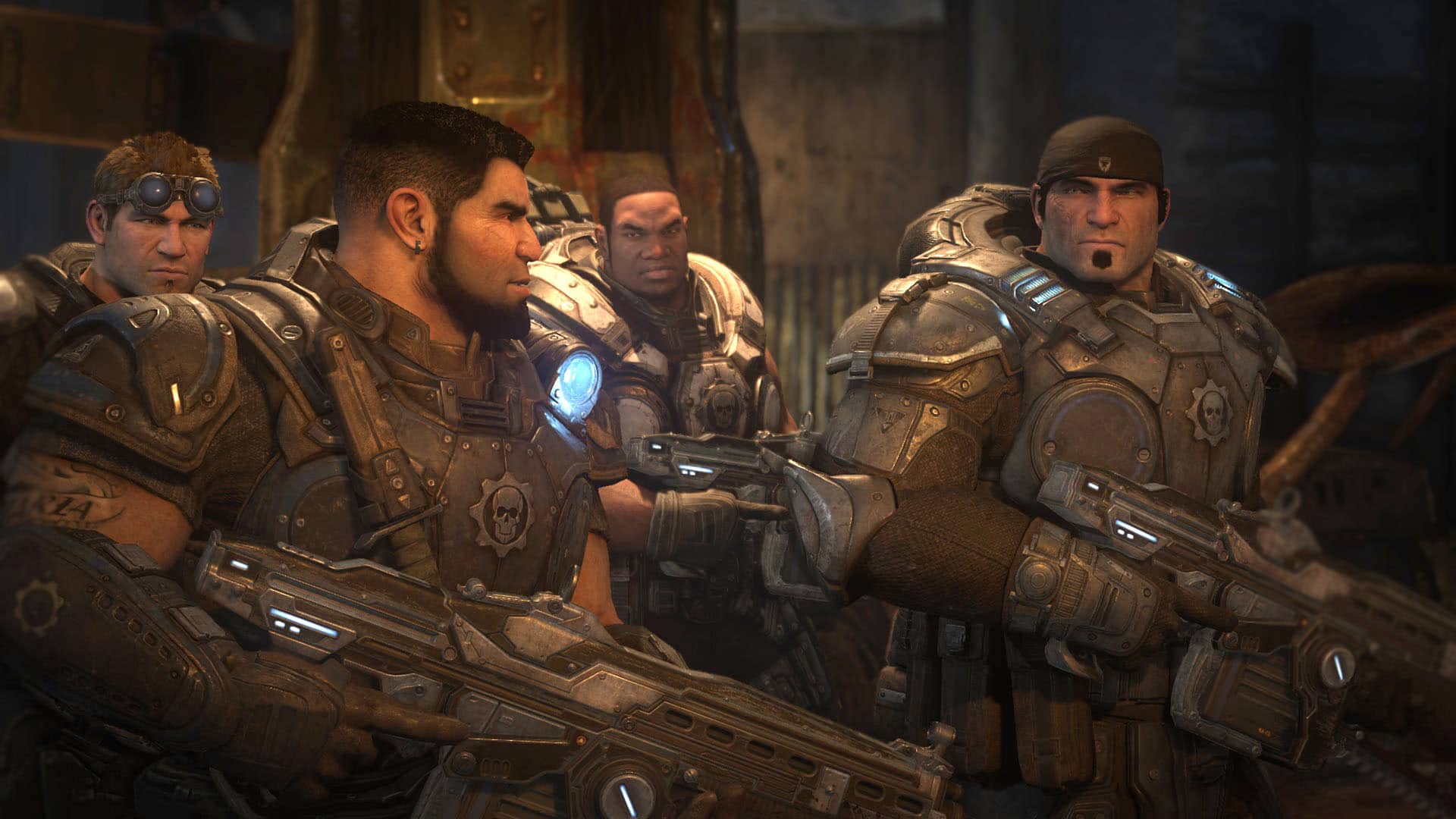 The all-star cast of John DiMaggio, Carlos Ferro, Lester Speight, and Fred Tatasciore bring these characters to life as the voices of Gears of Wars Delta squad.

I recall sitting in math class in high school waiting for class to begin. I was chatting with a student about how much fun I was having playing the Guardian game mode in Gears of War 2's versus mode when I was unexpectedly interrupted by another classmate a few desks over. He asked if I was talking about Gears 2, to which I replied with a solid yes. He explained that he loved the game so much that he played it every day. I stared at him and said, "Did we just become best friends?" And the rest is history. For years we have continued to play every new entry in the series, honing our skills in online versus. We particularly favored the 2 vs. 2 playlist "Brothers To The End," where two teams of two battle it out to deplete the other teams respawns and claim victory.

A few years down the road, I found myself moving down to Miami, Florida, for a short time. During my stay there, I was fortunate to come across a group of people I met through work that had an interest in gaming like I did. We became fast friends, always talking about comic books, video games, and the next big title coming out. 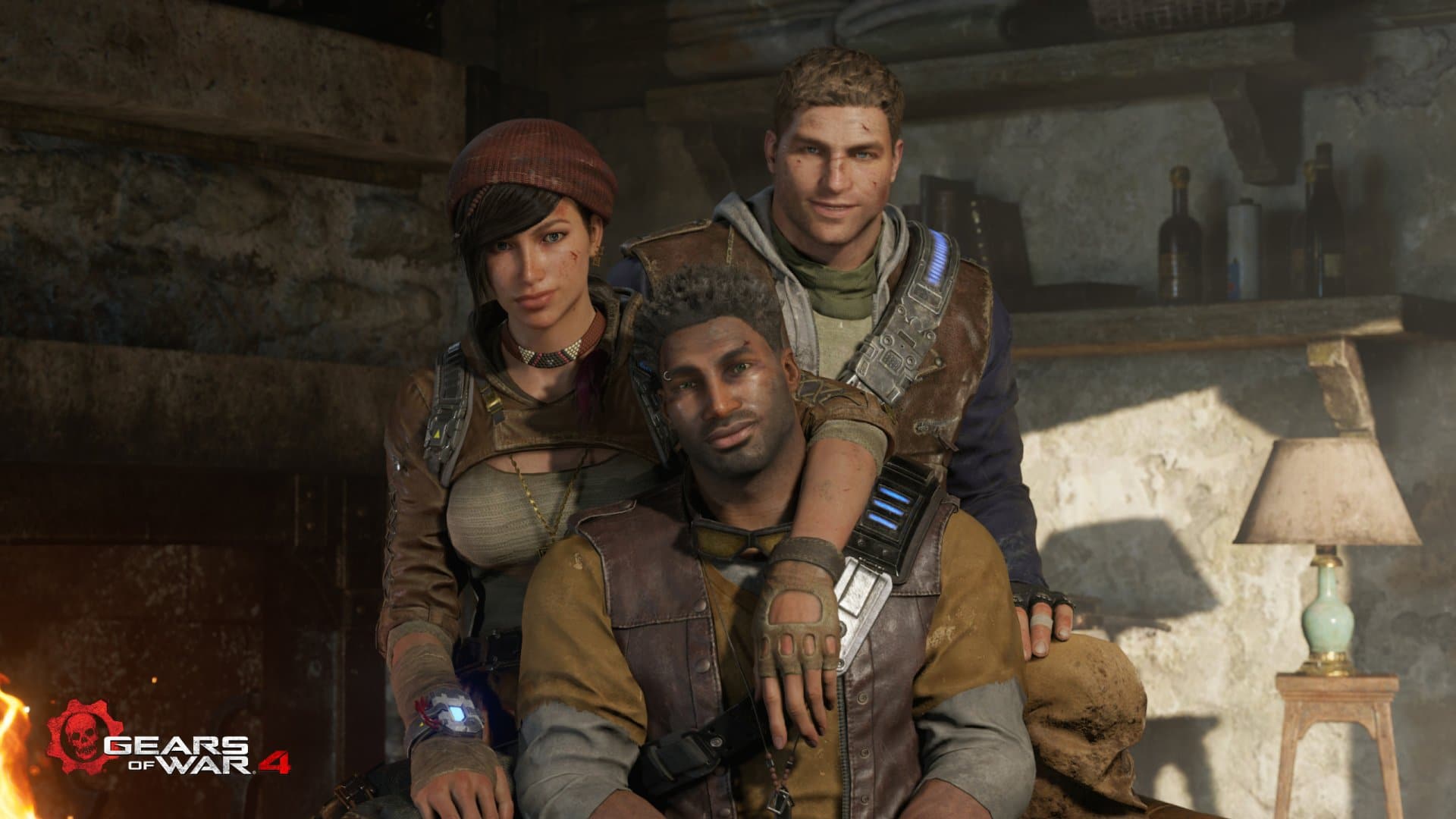 We would clock out from work most nights and head over to our co-worker's house On his back patio, we would hook up a few Xboxes and TVs and play the wave-based survival "Horde" mode that was introduced in the second installment of the Gears of War series. This is one of the most popular game modes the franchise has to date. We would play for hours, laughing, yelling, screaming, and having a great time playing as these band of brothers fighting against overwhelming odds and grasping for victory. It was nights like these that really formed strong friendships and created a bond that would never be broken. Even now that most of us have moved away and gone on to build new lives, we still find time to talk and game almost daily while visiting each other whenever it's possible.

As the series changed and evolved with each new installment in the series, I, as a person, changed with it. Perhaps the greatest bond I made playing this game over the years happened while playing online one night with the same friend I had met in math class long ago. He introduced me to a girl that had played Halo 2 with him back on the original Xbox in 2004. 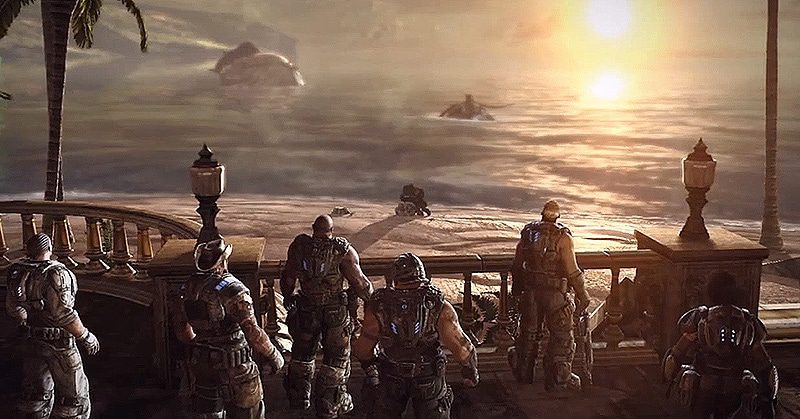 "Humans are no strangers to war. After all, we've been fighting for as long as we can remember. War is all we know." - Chairman Prescott

That same girl and I talked for hours that night while we played games such as Halo Reach and Left 4 Dead 2. She told me that she had never played Gears of War and would not mind giving it a try. So, over the next few weeks, we ran through the campaigns and then would jump into playing Horde mode for hours on end. I would always find it hilarious how excited she would get when she would unexpectedly take her Lancer (an assault rifle with a chainsaw on it) and saw down an enemy from behind.

The more we played, the more we got to know each other. There were days when we were playing that we would joke around, laugh about life and just have fun. But then there were the times where the conversations became deep and we opened up to each other and shared stories about our life experiences all while mindlessly taking down wave after wave of the Locust Horde. By playing this game together and experiencing all the ups and downs and emotions that the campaign's story had to offer (I'm looking at you, Gears 3), it became an outlet that built a relationship between us that I never thought would have been possible. 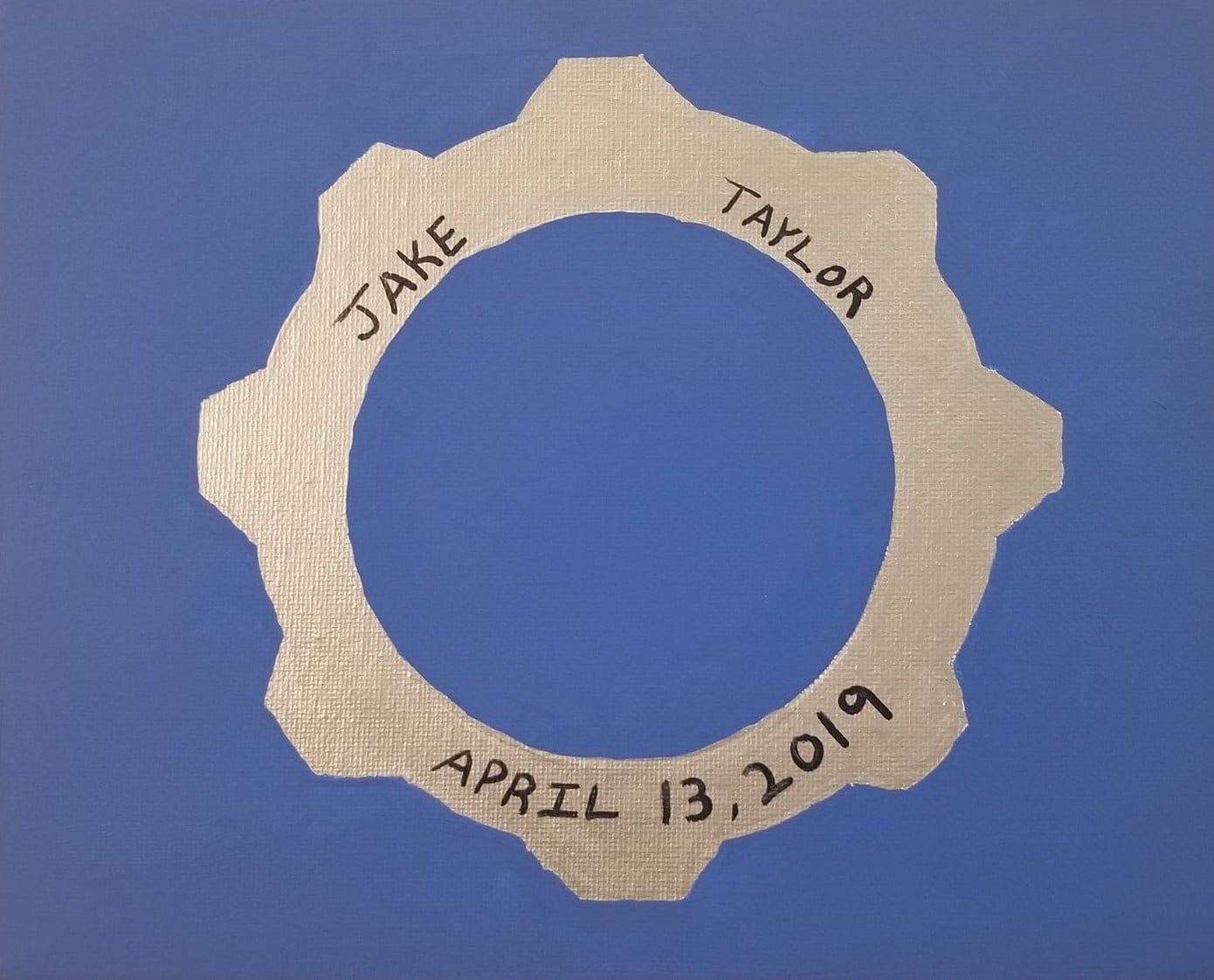 As I reflect on the past here in the year 2021, I find myself extremely grateful that this franchise introduced me to so many wonderful people who have changed my life in ways that I never would have imagined. I want to say thank you to a game that has given me more than I ever could have asked for in this world. That girl and I now have been together for eight years and have been happily married for almost two. We are now also expecting our first child in May (it's a girl!).  As for the group of friends I met along the way (my Gear bros), they became brothers to me. No matter what, we always will have each other’s backs and be there to pick each other up when one falls. They all came together and celebrated with my wife and I on our wedding day where we even cut one of our cakes with a life-sized Retro Lancer as husband and wife.

It's hard to imagine that if my brother and I had never taken a chance on trying a new game back in 2006, the life I have today, all the friendships I have made, and the family that I will be starting may never have happened. With the way the world is today, people are spending more time indoors now than ever. So pick up a game, call a friend, and try something new. You never know what lies around the next corner. You may discover a new friendship, form a strong bond with someone, or even find a family as I did.

Let me know in the comments below if you have a game that has affected your life in some way or holds a special place in your heart and why. Until next time, stay safe, stay healthy, and game on!

Elden Ring is an epic drama from the minds of Hidetaka Miyazaki and George R. R. Martin. Set in a fantastical world, gamers are in for a memorable experience. Liza shares her initial thoughts ahead of the February 25 release.
by Lizabeth Phoenix | February 1, 2022 | Games 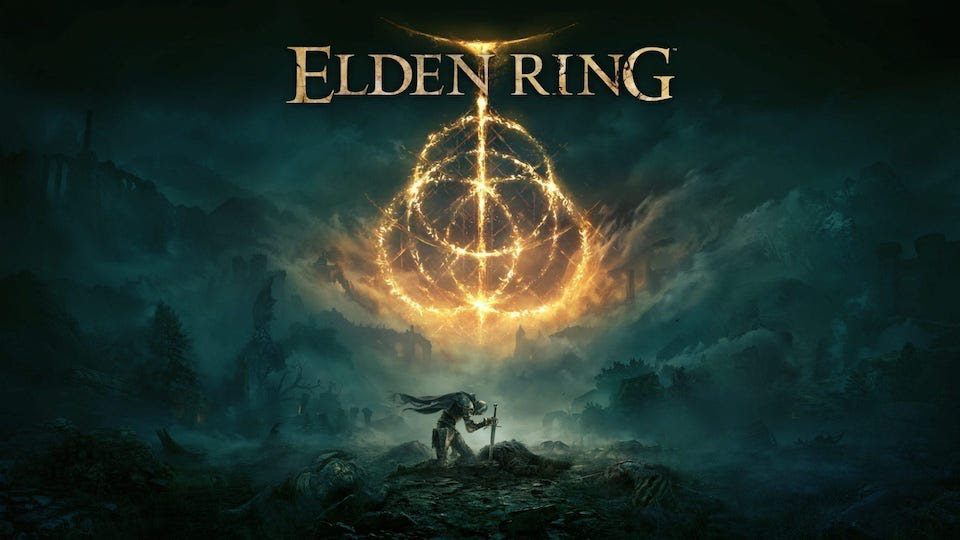 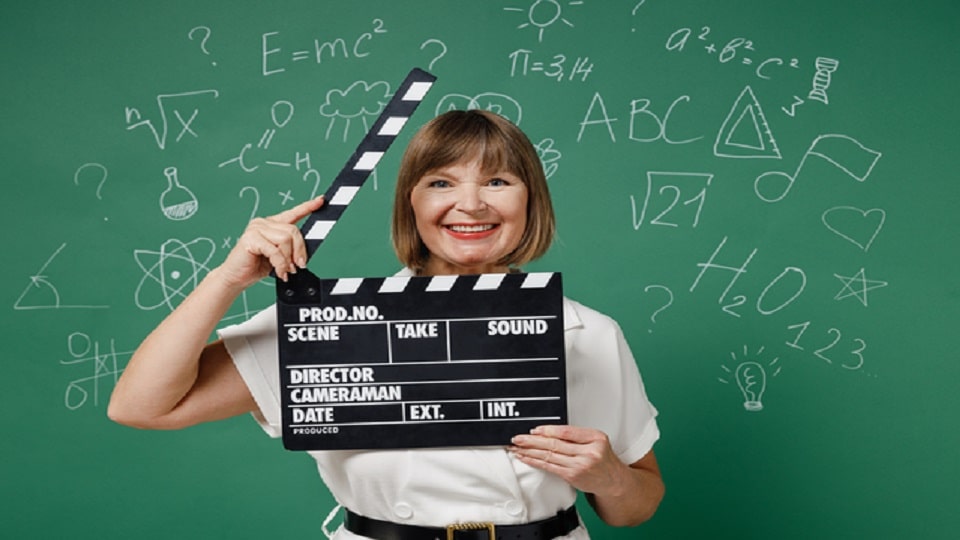