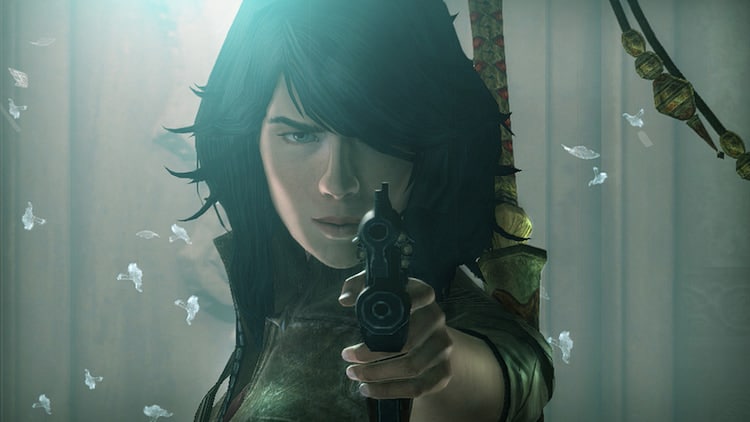 Women are awesome. Let’s all agree on that. Women in video games, however, haven’t always been represented in the best way. They are often over-sexualized to the point of being male fantasies. A character like Quiet from Metal Gear Solid V speaks for itself in this regard. Sometimes they are left being little more than motivation for our male protagonist in some way or another. They are either killed off to set a God of War on a path of revenge or sometimes they have to be rescued by a really short, Italian plumber after they are kidnapped, in every game of the series, by a giant turtle-dinosaur (what even is Bowser?). Women have often been portrayed as weak and of little influence in video game narratives, but every so often comes a female character who is a great leading lady and an inspiration to many. It’s not just about taking the spotlight, though; these women can also kick some serious ass! So, let’s put the guys aside for a bit and talk about ten of the most badass girls in video games who stole the show.

Fem-Shep, as she is commonly known by fans, is an iconic video game character. While this one may seem a bit of a cheat, considering that you can choose commander Shepard’s gender when starting the game and play as a man or a woman, there is no doubting the impact Fem-Shep had on the industry. Even though you can choose the gender of Commander Shepard and the romance options available, the game plays out the same way. There are no feminist issues to deal with in the game or any different way the character is seen because of their gender. To see a female lead in a triple-A video game without her being scantily clad or portrayed as the victim was unheard of in 2007 when the original Mass Effect game came out and has since paved the way for more strong and inspirational ladies to take the wheel in gaming.

Jill Valentine was at the forefront of changing the status quo on the portrayal of women in video games. First appearing in the 1996 horror classic Resident Evil, Jill quickly became one of gaming’s most likable characters. Significantly less sexualized than other female video game characters at the time, she consistently challenged the gender roles of the industry. She was praised for being depicted just as competent and skilled, if not more, than her male counterparts. She is an independent and strong woman who kicked a lot of zombie asses, even going toe-to-toe with Nemesis.

Now, it is a HUGE task to be the strongest female character in the Alien franchise. One of the best female characters in all media has got to be Ellen Ripley from the early Alien movies, but who better to follow that legacy than her own daughter, Amanda Ripley. She plays a small part in the movie series but is the lead in the terrific survival horror title, Alien: Isolation. She starts off as a bit of a soft character, only driven by the desire to find out what happened to her mother, but the growth she goes through is incredibly well-written. She becomes a strong, self-reliant woman who will stop at nothing to save herself and her friends. Stranded on a desolate space station, she tangles with killer androids, crazed human survivors, and even the titular alien Xenomorphs. At one point, she even fights her way out of a Xenomorph nest armed with nothing but a flamethrower, B.A.D.A.S.S. This adaptive, resourceful, and strong-willed woman is well worthy of the Ripley family name.

Chloe Frazer is a great depiction of a woman who knows exactly what she wants and is not afraid to ruffle some feathers to get it. She is a character that is portrayed as being well aware of her very apparent sex appeal but never solely dependent on it. “Yeah, I’m hot, so what?” feels like it could be her slogan. She oozes confidence and often seems to be more than a couple of steps ahead of the men and is increasingly frustrated when they can’t keep up. First appearing in the masterpiece, Uncharted 2: Among Thieves, she was one of the best parts of it. She even got her own spin-off title, Uncharted: The Lost Legacy, and this allowed her character to be a little more fleshed out, showing how layered and interesting she really is. She’s pretty handy in a fight too. You do not want to get on her bad side, fellas.

Mortal Kombat has come a long way from being the most violent video game ever, and a character that has endured from the beginning is Sonya Blade. Simply put, nothing stands in this soldier’s way. She goes up against criminals, martial arts masters, sorcerers, and even gods. She has gone through a lot of changes over the years, but one thing that has never changed is her willingness to serve up a beatdown whenever someone needed it. She was even voiced in Mortal Kombat 11 by the baddest woman on the planet, Rhonda Rousey. Need I say more?

The cult classic video game Wet, from 2009, is something of an underrated gem. Its grindhouse visual style is something right out of a Quentin Tarantino fever dream. Blood, guts, guns, swords, 80s rock music, and a story about revenge? Tarantino, eat your heart out, my dude! The game received mixed reviews at launch but has grown a bit of a cult following since. Rubi Malone is a standout character and shook up the perception of female video game characters when she hit the scene. Her acrobatic and brutal fighting style and tough-as-nails persona took people by a very welcome surprise. She was so hardcore. She literally healed in the game by downing a bottle of whiskey. Voiced by 2000s teen icon Eliza Dushku, Rubi Malone embodies a badass character through and through, and here’s hoping they revisit her one day or make a movie. That would be sick!

Who can forget one of the most memorable moments in gaming history, when Samus Aran was revealed to be a woman at the end of the original Metroid game from 1986. Widely considered the breakout female character in gaming, Samus shattered the barrier holding back women in the industry. Shortly after, her reveal inspired the inception of so many other strong female characters. Blasting first and taking names later, this galactic bounty hunter is the OG of rough and tough.

Aloy is the archetype for female characters in modern storytelling. She is not designed to just be eye candy, and her story never has any romantic elements. She is not portrayed as being weak or even as being too strong. She is purely a young woman who wants nothing but to achieve her goals and find her own way in her world, and boy, you’d better not get in her way. The wonderful Ashly Burch voices Aloy and has always portrayed her as a character that is stronger than anything that life can throw at her. She is always ready to get back up and keep fighting and inspires those around her. What makes her badass, you say? She fights dinosaur-like machines that wiped out humanity with nothing but a bow and arrow. Nuff,’ Said.

To say The Last of Us Part 2 was a bit controversial would be a massive understatement. With a litany of things to debate about the game, one thing that cannot be denied is how brutal and badass Ellie has become. The first game in the series showed Ellie as an immature kid, not ever fully comprehending the world she inhabited. She definitely learned the hard way that she lived in a place that was kill-or-be-killed. After suffering a huge loss in Part 2, she is set off on a journey of revenge and literally kills everyone in her path, remorselessly. Her rage has consumed her, destroying her and everything around her, much like Joel from the first game. Her story is incredibly multifaceted and is one that has never been seen for a female character in a video game. Ellie’s story has been violent, harsh, unforgiving, heart-breaking, but most of all, captivating.

It wouldn’t seem fair to leave without mentioning some other ladies who also kick ass. So here are a few Honorable mentions:

Martial art master and a guaranteed heartbreaker. The first-ever female character in a fighting game and definitely one of the most badass.

While not the first badass babe in gaming, Lara Croft has got to be the most iconic. Debuting in 1996, Lara Croft in Tomb Raider exploded across the video game world. While initially considered a sex symbol, this was never the only aspect of the British archaeologist. Over the years, as the series progressed, her storylines have grown in maturity. They shifted to a heavier focus on her family and the reason why she does what she does. In the 2007 title, Anniversary, they even tackled the guilt Lara feels after killing to survive, something rarely discussed in video games. Inspirational to millions of young girls all around the world, Lara Croft has stood the test of time and is really hardcore too. She fought a T-Rex once. Did you know that?

Boasting one of the most successful film adaptations, with Angelina Jolie playing Ms. Croft (you can just forget the 2018 movie; I know I have), a pretty awesome comic book series, and some novels, the Tomb Raider franchise and Lara Croft have become beloved among the gaming community. The later games have focused more on her being a survivor and less of an archaeologist, but every time we see the English heroine on screen, it is always a delight. There are so many amazing video game ladies, but there’s no denying who the queen of gaming really is.

Well, that’s all I have for today. I hope you enjoyed the list. Do you agree with it? Any badass ladies you think I missed? Make sure you let me know below and on our socials.

Until next time, go get em’ girls!

Look behind you! No, it’s not a 3-headed monkey, it's the new Return to Monkey Island game from Ron Gilbert that’s being released this year, and Maria can not wait to get back on the high seas with this new Monkey Island adventure!!
by Maria Kinnun | April 22, 2022 | Coming soonGamesPop Culture 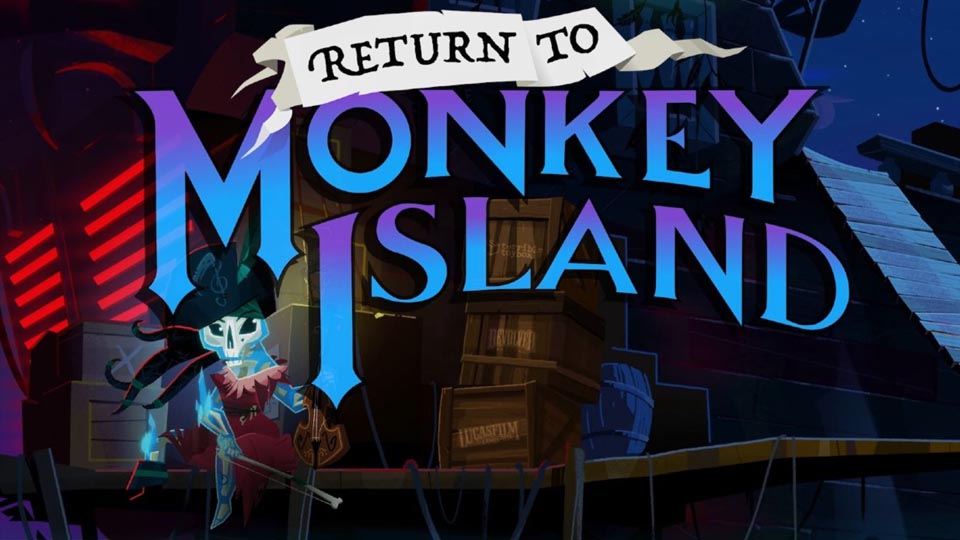 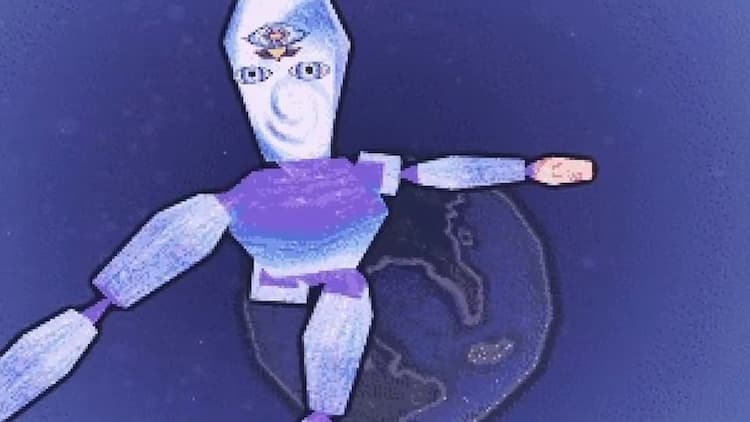