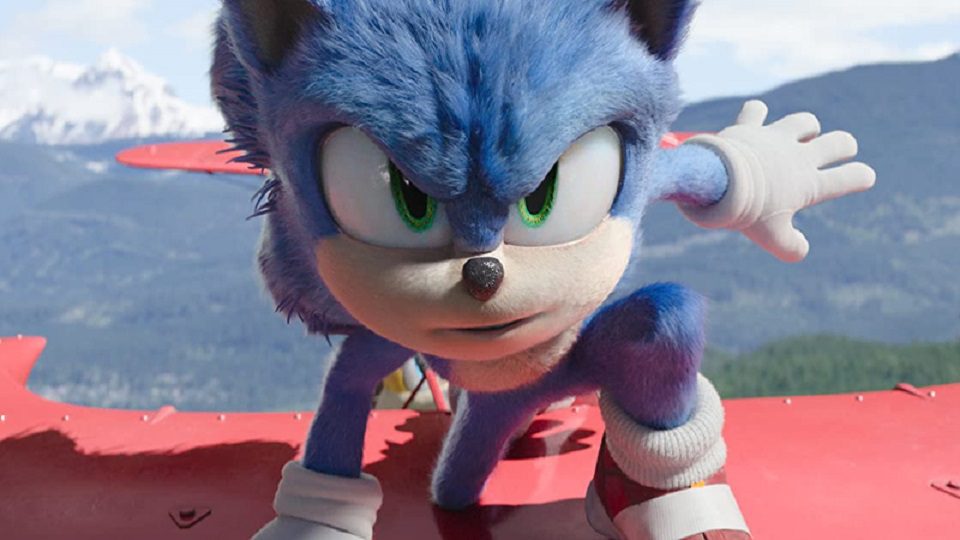 Video game movies are a mixed bag. In fact, they are a mixed bag spread into multiple other mixed bags. You never quite know what you are going to get. There have been some great films and some that make us question why they were ever made or if the filmmakers even bothered to play the games that their films are based on.

A video game movie seems like an easy success story, combining an already established world and characters with an arguably much bigger platform. While some games don't translate well to the big screen with the way they are presented or simply that it’s too niche for gamers, some of these films just flop. Hammed-up acting, terrible visuals, a lack of care for the source material, the list could go on for ages.

That isn't to say that it always happens. In fact, sometimes a video game movie sticks the landing, gets an S-rank, a flawless victory – ok, I'll stop with the gaming puns. It doesn't happen as often as we would like, but these movies can sometimes make for great cinema and even challenge the Hollywood blockbuster scene. So let's have a look at some of the best and worst video game movie adaptations.

Ezio would be so disappointed.

The Assassin's Creed video game series is full of intrigue and excitement. With its human characters and grounded storylines, you would feel that it would make for a great live-action adaptation. This film, however, is a bumbling mess. Michael Fassbender does everything within his considerable talent, but an overcomplicated story drives this film into the ground. Another film with a star-studded cast that absolutely bombed.

When Cal was in the Animus, all I could think was that it looked like they were playing with him like a mechanical Yo-Yo.

This film gets a bad rap but is an underappreciated gem from mid-2000s cinema.

With some great performances, top-notch creep factor, gorgeous visuals, and some pretty solid storytelling and world-building, this film succeeds at being a faithful adaptation of a beloved video game franchise as well as being a genuinely entertaining and thrilling ride.

Primarily adapted from the 1999 PlayStation 1 classic, this movie is just as pee-your-pants scary as the game was to many a young brave soul. What stands out most is the incredible visual style. Every scene looks and feels amazing. The creatures are brilliantly terrifying. The production hired professional dancers to portray the weird movements of each monster, and each was created with such attention to detail. I mean, Pyramid head in real life, guys, come on!

Let's just not talk about that sequel, mmmkay?

The first entry on this list by director Uwe Boll.

Where to begin on this film. Reportedly, only about 20% of screenwriter Guinevere Turner's first draft was used for the film. The director literally hired prostitutes instead of actresses for a few of the steamier scenes with Meat Loaf. It had a really decent cast that was completely wasted; I mean, Sir Ben Kingsley is in this film, for cripes sake!

Blood and boobs seem to be the formula for this campy Vampire fever dream. But if that's what you need to sell a movie, you might not have much else to go on. How they ever made two sequels to this movie is beyond me.

Back to the good side and with a real winner. When is Ryan Reynolds not charming as hell? He certainly is when he voices the cute little yellow mascot of one of the biggest media franchises in history. For millions of kids and full-grown millennials alike, we finally got to see Pokemon in glorious live-action CGI.

The film executes being a family-friendly adventure, visually dazzling, and a fan servicing treat all at once. This is a real film, not some shameless company cash grab. It's made with a love for the fans, the games, the animated efforts before it, and for filmmaking itself. This film has got so much heart.

There is also so much fun to be had trying to spot all the Pokemon used in the film. I was so stoked to see my favorite, Growlithe!

Where this film succeeds is that it is so bad that it is unintendedly hilarious.

The characters are shallower than a kiddie pool. The special effects are so low budget I could have afforded them with my lunch money in middle school, the costumes look like bad cosplay, and the plot is such an incoherent mess it feels like this could have been written by Tommy Wiseau. In fact, this feels like The Room of video game movies.

You know you have a bad adaptation when the creators of Mortal Kombat, Ed Boon and John Tobias, stated that this was their worst moment in the history of the franchise.

Jolie is super as Lara Croft, nailing every scene she is in with an elegant sex appeal. Not to mention how badass and cool her costumes are. There is plenty of fun action, quick, witty dialogue, and an unexpectedly emotional story. The film also has one of the coolest soundtracks ever; seriously, add this album to your playlists and thank me later!

This film broke records at release, becoming the highest-grossing video game movie ever until being surpassed by Prince of Persia: The Sands of Time nine years later.

From one Lara to another. As a lifelong Tomb Raider fan, I am always excited for new adventures for Ms. Croft, but this film was truly a heartbreaker for me. The 2013 Tomb Raider video game, from which this film is based, is a landmark title for this franchise and for narrative in video games. It deserved so much more respect than it was given in this film. The source material was absolutely butchered and largely ignored. The cast from the game is entirely missing, save for Lara. The entire storyline and Lara's primary motivation are changed for no reason. Even every supernatural element from the game is removed.

The film itself falls flat with some odd plot decisions, very basic set design, and some phoned-in acting. Visually it’s shot pretty well, but what's that saying? You can shine a turd all you want.

Honestly, if you take Lara Croft's name out of this film and state that it isn't based on anything, you probably have a better film. Alicia Vikander does her best but can't save this shipwreck.

This film is way past cool!

This film series has come a hell of a long way, from the terrible initial Sonic design to becoming one of the highest-grossing video game movies ever to making a follow-up, which is even bigger. This film did everything a sequel needed to. It raised the stakes, added awesome new characters, and didn't lose sight of what it was trying to achieve.

Knuckles and Tails are brilliant additions, Ben Schwartz's Sonic still rocks, and Jim Carrey is a man that can do no wrong. His Dr. Robotnik is still an absolute delight to see on the big screen.

There is some terrific humor, tons of well-placed fan service and easter eggs, an Avengers-level team-up sequence, and in general, a ton of fun for the whole family, from newcomers to the Sonic world to even the most die-hard of Blue Blur fans.

Uwe Boll's shot in the dark missed any kind of mark.

Back to Mr. Boll as we reach the worst video game movie ever made and a close contender for worst movie ever made. Seriously, this film is really bad.

Christian Slater is a terrific actor, but he probably wants this stripped from his resume. The film has terrible special effects, a ridiculous storyline, dialogue that barely registers as human speech, and a performance from Tara Reid that, well, isn't unlike her usual stuff.

This is another film where Boll used an unfinished screenplay and made amendments to it himself. Maybe the guy is just not good at this?

The first Alone in the Dark from 1992 was the first-ever 3D survival horror video game. The series had so much promise, but after more than a few lackluster game releases and this travesty of a film, this series is dead for good.

We reach the end of our list, and here is the best of the best. Werewolves Within is an impressive film from a cast and crew of relative unknowns. While not the same as the films before in terms of scope and production value, this film is a stellar example of less is more.

A fantastic horror comedy that is playfully silly and nails some great social observations, which give us an engaging ragtag group of suspects. Visually, the film just looks cool. It engages with you in every scene and immerses you as you try to figure out whodunnit?

Werewolves Within is a great example of the potential of video game movies.

Well, that just about does it. Do you agree with our list? Are there any other great or terrible video game movies you would add here? Make sure you let us know on our socials. We would love to hear from you guys!

Until next time gamers! 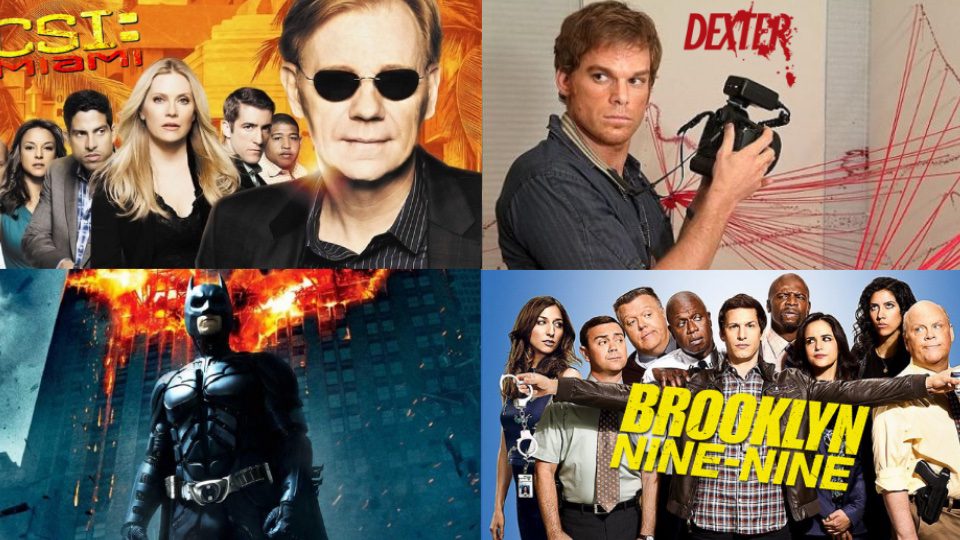 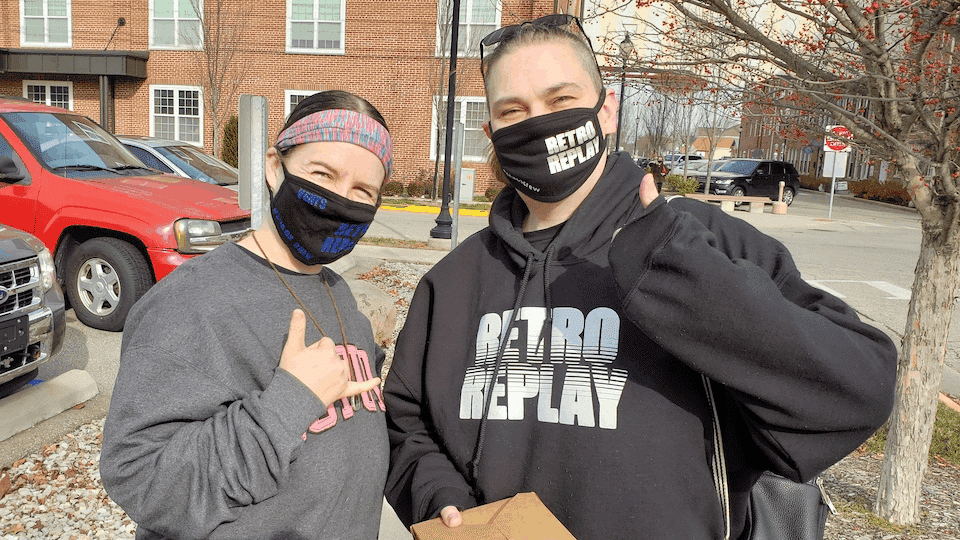