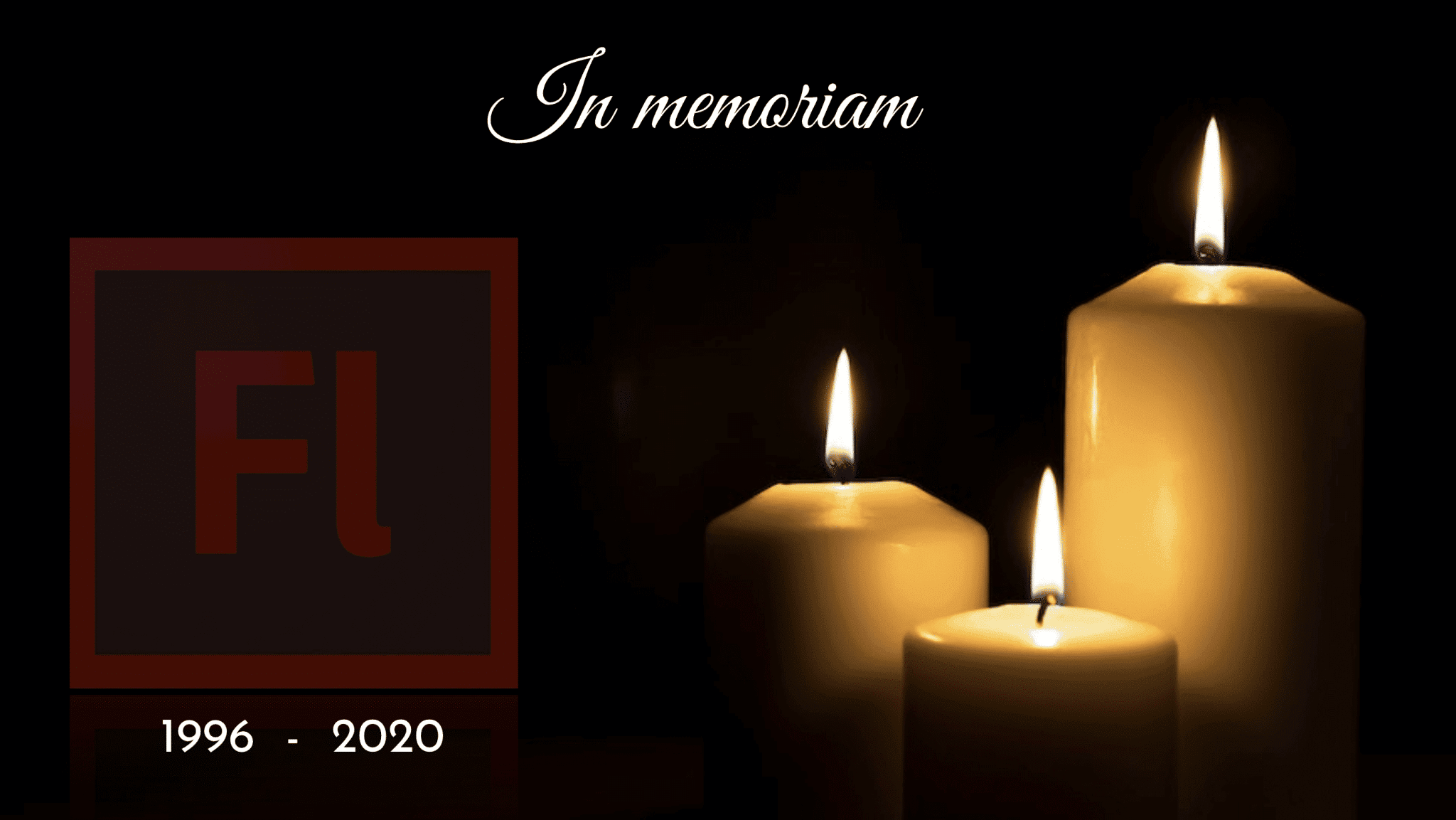 We all knew this day was coming. Well, we knew it if we had read the 2017 Adobe blog announcement stating that their Adobe Flash player would no longer be supported by the end of 2020. So, all three of you that had read the announcement had time to prepare. Unfortunately, many of us didn’t find out until the final weeks of 2020.

Of course, Adobe Flash has meant so much to people working in a wide range of industries. Flash was introduced in the '90s at the dawn of the modern internet, growing and improving over time until it solidified itself as the industry-standard software. For those in the know, Flash's end was an inevitability as HTML 5 began replacing Flash as a preferred interactive media standard since 2008.

Back in my school days, proficiency in Flash games was what kept us alive in the rough gravel playgrounds of Western Australia. I’ve seen kings toppled and unknown challengers ascend to glory and back again all in the space of one afternoon (and multiple broken keyboards).

Now, after twenty-odd years, at 11:59:59 p.m. on the 31st of December 2020, we wished farewell to one of the most influential software applications developed in the history of the internet, slamming the final metaphorical nail into 2020’s coffin. With Flash games being one of the first things that got me into gaming, I thought we could all pull an “in memoriam” for some of our favorite Flash games. I’d play some appropriately somber music, but all I’ve got is “Shiny Happy People” by REM, which might be sending a bit of a mixed message.

You will all be missed but never forgotten. 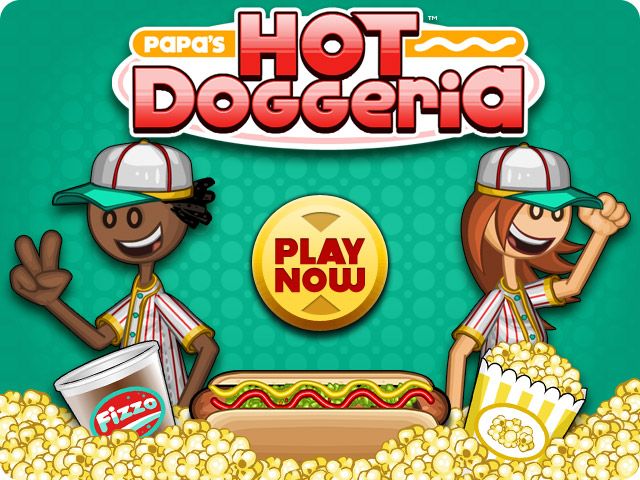 This game series started with running a pizzeria in 2007 and, within ten years, expanded out to tacos, wings, hot dogs, sundaes, burgers, cupcakes, and everything in between. The Papa Louie cooking games were a go-to for me during the school holidays. My strategy was to play each game until it got too complex for me and jump across to another game in the series. Ah, so many imaginary businesses left to slowly wither and die.

Enjoy that big pizza place in the sky, Papa Louie.

This game was one of the main ones that my mates and I broke out during lunch and recess breaks. As the reigning champion (for one day) among my group, there was something addictive in the simple 2D gory mess. Every time we played it devolved into us trying to find the craziest way we could kill our player. We aren’t psychos (except for that one guy, but that was for a different reason). 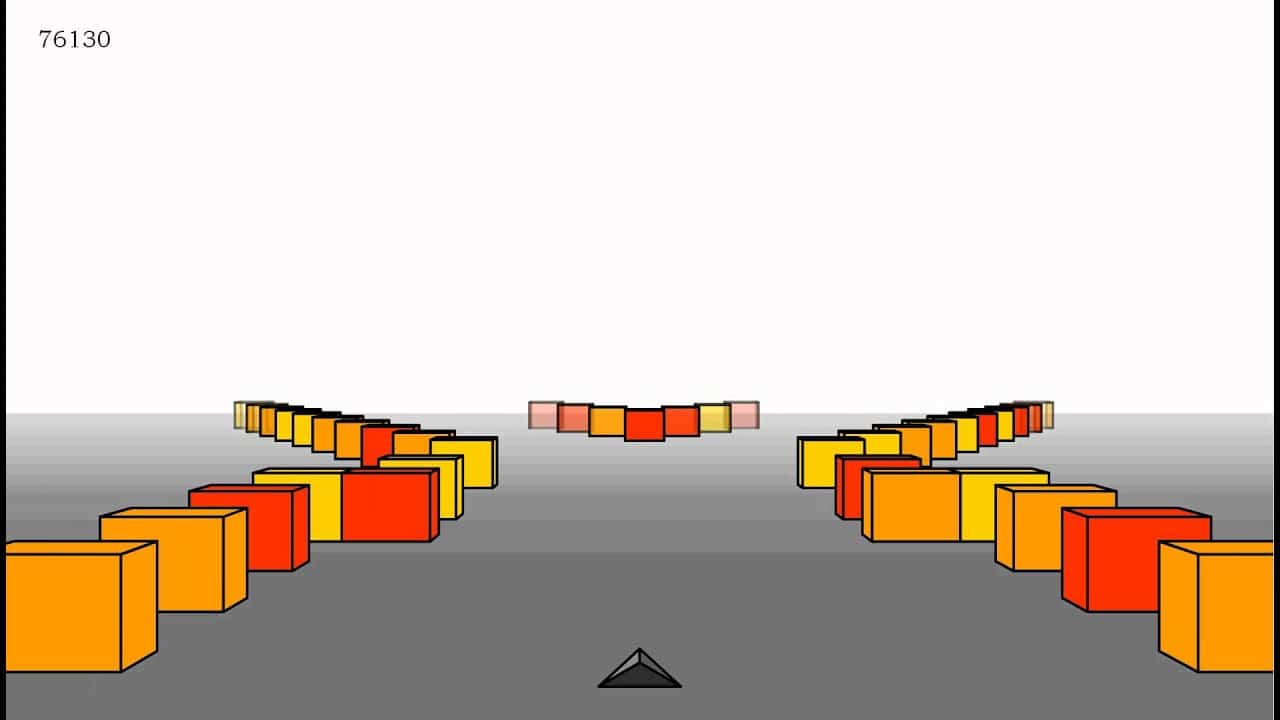 A geometrists living nightmare, this game’s premise is addictingly simple: how far can you go? With your progress only signaled by a shift in the levels' color and structure, the rest of the screen puts the game's premise right at the forefront of players' minds, keeping you solely focused on navigating yourself through the obstacles in front of you. This game was a champion of simple, fun game design over the mechanically dense games that the industry was beginning to adopt. The end result was an endlessly replayable and competitive game that still made for a relaxing afternoon. 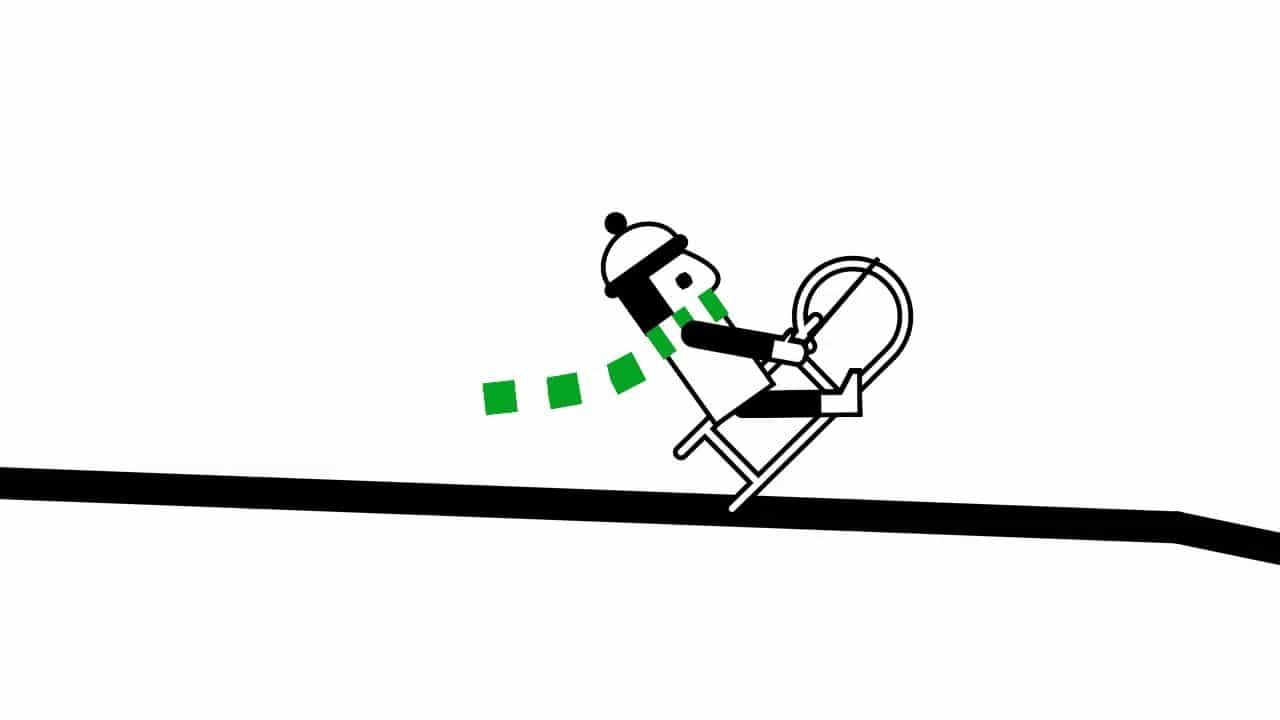 The 2D version of the Trials games, before those games existed, Line Rider was an innovator for Flash games. Its track creation and online sharing features were practically unheard of for Flash games at that time. Its frustration factor, calculated as the time between a fail state and getting back into the action multiplied by the number of button presses, was quite low, keeping the game’s flow silky smooth. All of these features combined for a game you can lose hours to either trying to conquer just one more level or tinkering away on your own level in order to torment your mates.

Stephanie Watson adds to the memorial with her look back at Flash's early history...

My own experience with Flash-based content dates back to when Flash was new on the scene. One of the best hubs for Flash content was Shockwave.com, which started as a way for Macromedia (the company behind Flash) to let guerrilla Flash animators and game creators share their creations with the world.

Animator and game developer Joe Sparks blazed the trail on the site, rising to fame with the animated web series Radiskull & Devil Doll (1999-2001). I still have the Devil Doll plushie I bought back then, and I still sometimes go back and watch the old episodes at Joe's website. Sparks himself regularly revisits the idea of continuing that series.

Another animator, Joe Cartoon, had us gasping for air laughing at the morbid interactive video Frog in a Blender. It was these interactive capabilities of Flash that made it such a significant milestone in multimedia tech. I even learned a little Flash myself as I expanded what I could do in my job as a training developer.

But once HTML 5 came on the scene in 2008, it was inevitable that the proprietary Flash technology would soon be old news. Before long, I saw my career affected as I shifted to learning and using different technology. In 2020, I worked with my team to finally migrate the last of our training content away from Flash-based tools and the SWF file format.

What Flash-based games, videos, or apps did you enjoy?
Add your own memories here in the comments to extend our tribute to this notable era of multimedia history. 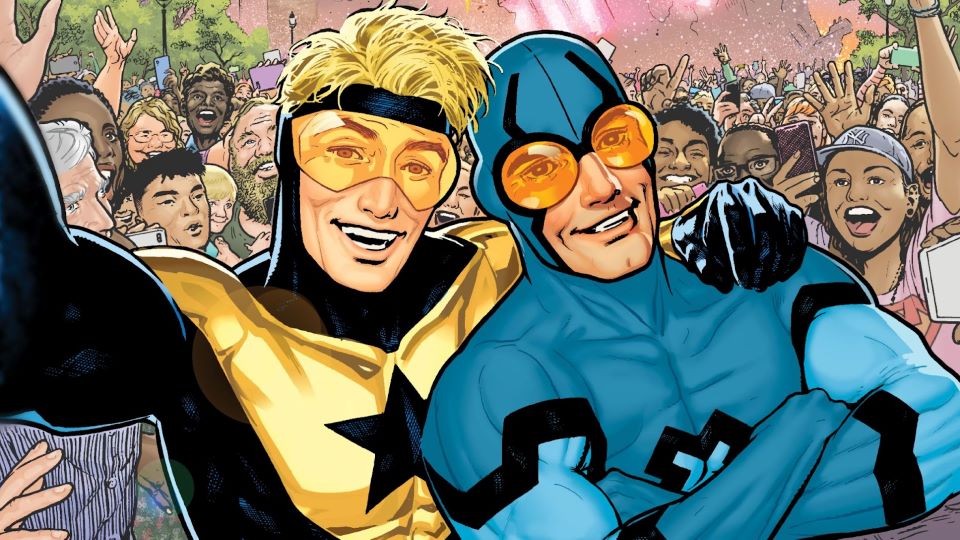