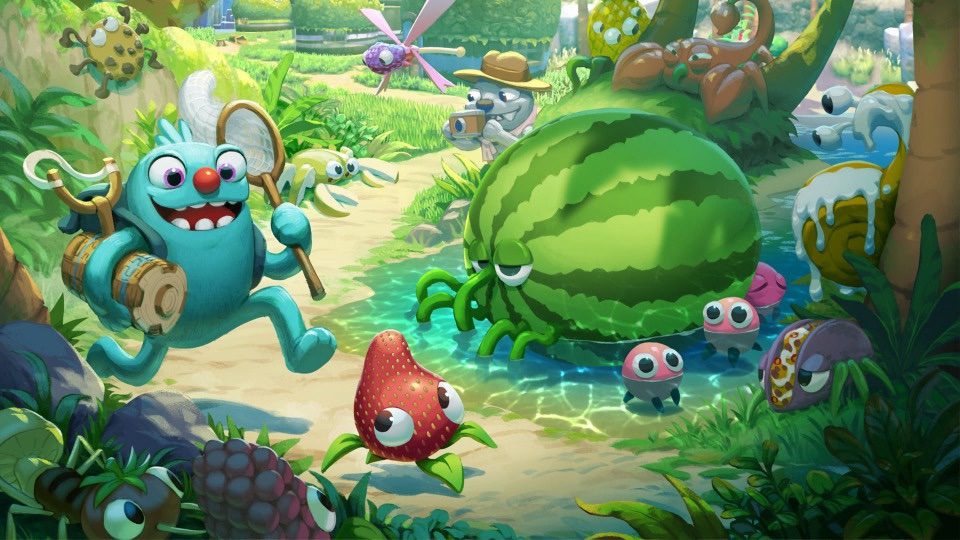 There are so many great horror games out there, across all consoles and generations. If you're new to the genre, it's hard to know where to begin. You want something that will ease you into the genre and show you how amazing horror gaming can be. Well, look no further than Young Horses' latest game, Bugsnax, which is perfect for just that.

If you're new to the game, I highly recommend you play it with absolutely no knowledge of what's coming. That makes it all the more mind-blowing! Or you can read on for a peek at what to expect. Just, be warned, there are some major spoilers ahead!

In their short life so far, Young Horses have developed a knack for creating funny, memorable, and downright unsettling video games. After all, they are the Octodad creators that, in 2010, had the entire internet asking, "How does an octopus have a family with a human?” They really got me pondering the important questions in life. And, as if Octodad wasn't weird enough, their second game was about to blow it out of the water.

The announcement trailer for Bugsnax sent a wave of collective confusion across the video game community. I was absolutely baffled by the trailer but, at the same time, so desperate to play the game! After all, it's not very often that a trailer opens on a strawberry with googly eyes. But the trailer was nothing compared to the full game that followed. On the surface, Bugsnax looked like a cute, colorful, and quirky little game. Not to say that's an incorrect assessment - it's definitely all of those things. But that's just the sweet sugar coating on a much darker and more disturbing video game.

As an investigative journalist who seemingly specializes in cryptid stories, I was invited to Snaktooth Island by Elizabert "Lizbert" Megafig, who wanted me to share the story of Bugsnax with the world. I arrived to find that Elizabert had gone missing and all of the Grumpuses, the race of colourful characters that make up this game, had left the small town of Snaxburg. It's pretty clear from the get-go that something isn't quite right. But my quest to bring everyone home and unravel the mystery of missing Elizabert began.

From the get-go, the game gave me serious horror vibes. My ship was struck down, and I was dropped onto an unfamiliar island where a storm was raging above me. The ground rumbled, there was movement in the trees around me and I was looking for a way out. Soon, however, I met the new light of my life, Filbo. He took away the fear, made the world seem joyful again, and showed me the ropes. He taught me how to lure, catch and consume the creatures that resemble familiar snack foods (like bananas and cheese puffs) that give the game its name - the bugsnax.

I didn't even bat an eyelid when I discovered that the grumpuses ate bugsnax. I mean, why would I? But that was my first mistake. They seem innocent enough. Wildlife to some, pets to others, but food to all. That doesn't seem too dissimilar to our own way of life... until you see what happens when the grumpuses eat them. Once a Bugsnak is consumed, it changes the appearance of a body part of the grumpus that ate it.

The unsettling thing about the game is how easily I accepted this as the norm. Even when I had completely transformed a Snaxburg resident into various different bugsnax, I didn't question it. The only Grumpus that questions this is Gramble, and the game quickly frames him as the only weirdo that doesn't follow the crowd. Even when Floofty gave me a gadget that let me select which body part I wanted to turn into which bugsnak, I just went along with it. Because why wouldn't I? Even when I met Triffany, who is digging up the remains of the previous residents of Snaxburg, I just didn't question the kind of place I had come to investigate.

In spite of this, I soldiered on. Transforming grumpuses, catching bugsnax, completing quests and, eventually, as the mystery unfolded, I found myself in the Undersnax, the seedy underbelly of Snaxburg. I traversed along gunk-filled tunnels, occasionally bumping into the elusive Snaksquatch. Which, in case you weren't aware, has been watching you this entire game. You can spot him in various places watching you as you go about your daily life. This added a whole new level of creep to the game when I played it a second time around.

As I fell into the depths of the Undersnax, I met the horror villain to end all horror villains - Elizabert!  Or, if you'd prefer a more horror-esque title - The Queen of Bugsnax! Her creepy cake-hydra appearance very quickly brought me up to speed on the true nature of the seemingly innocent Bugsnak. They were never really wildlife, or pets, or food... they were parasites taking over the body of any grumpus that chose to eat them! A change in a body part after consuming a bugsnak was not a simple little side effect, it was actually the bugsnak starting to take over the grumpus.

If you've spent this entire game feeding all of your new friends bugsnax and completely transforming them, now would be the time to panic. On Elizabert's orders, while she was able to control the island, she urged me to get everyone off Snaktooth Island. She threw me back to Flavor Falls and the creepy horror opening repeated itself, but now with the knowledge that the horror is very much real and a threat to me and my friends. Arriving back in Snaxburg I met with every Grumpus that I'd helped so far, who were now all trying to escape the island. It was my job to protect them from the bugsnax, which were coming in thick and fast, and they were out for blood!

I had completely transformed my grumpus friends, which made them more likely to die if the bugsnax reached them. And yes, they can actually die. They literally crumble in front of you, turning back into bugsnax parts with no sign of the original grumpus in sight. You can escape with everyone alive, or you can lose a few grumpuses along the way. Together, we all watched Snaktooth Island burn to the ground, hoping that the looming bugsnax threat was gone forever. But that's not how horror stories end, is it? A sneaky end credits scene suggests that the horror is far from over.

What started out as a cute little catch-em-all style game very quickly became a psychological horror with a strange Last-of-Us-parasite-driven-zombie vibe. Did you really see the teaser trailer and the colorful style of the game and not expect that parasites would consume everyone and the sunny island of Snaktooth would burn to the ground? Or that it was all because of a missing grumpus who is now a hideous cake monster that has power over all the local wildlife? Shame on you. You should give Young Horses more credit for their twisted minds.

Have you played Bugsnax yet? What did you think? A fun romp with cute characters, or a creepy psychological horror? Or both? Let's unpack our "snax" experiences in the comments!

Elden Ring is right around the corner, which means it’s time to get serious about prep time. In this article, Liza breaks down the different stats and starting gear for each class.
by Lizabeth Phoenix | February 23, 2022 | Games 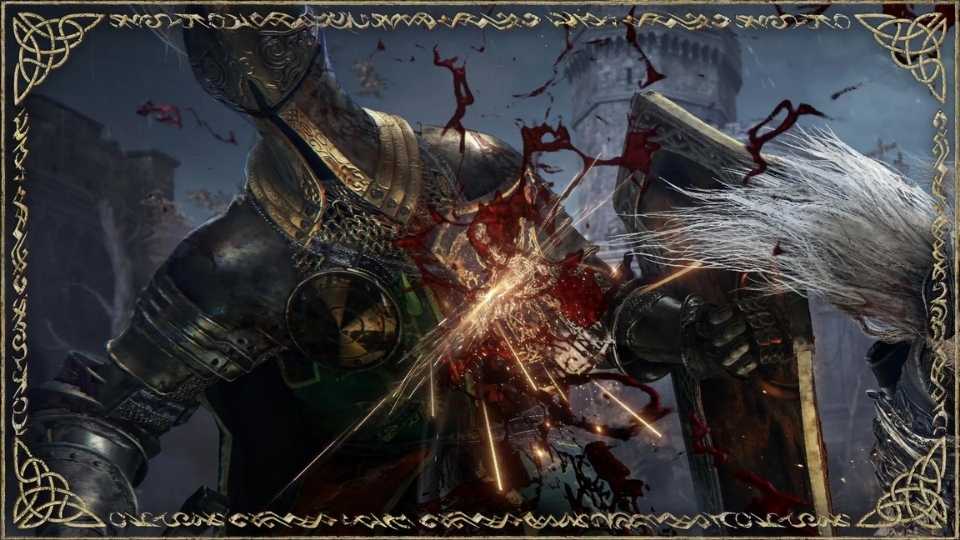 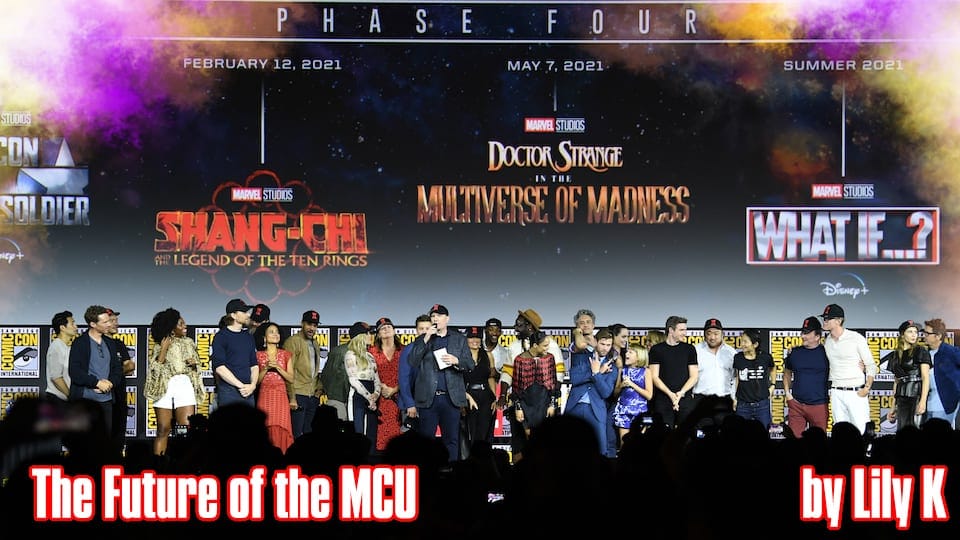