I’m a huge Pokémon fan, but if you asked me what types of Steel moves are strong against or what Rockruff is 2x weak to, I’d use Bulbagarden or Serebii to pretend I know the matchups myself.

My spouse and I have both played every single game together since X and Y came out, the first year we met. And we’ve not stopped playing Pokémon together since! As we’ve done with previous generations of Pokémon games in the past, we purchased Violet & Scarlet from Japan. We enjoy the collector's items from the games, even if it takes a hot minute to get to the States.

For me, the best part of any Pokémon game is the new pokemon! I love how absolutely adorable they are, and it’s fun to keep challenging myself to build a team without overlapping types.

Narrator: “she did not succeed, she had three Grass types on her team for a hot minute.”
But without further ado, here are my top 10 personal favorites from Pokémon Scarlet.

Tandemaus is a really clever and cool design for a Normal-type Pokémon, especially when it comes to its evolution. It can randomly evolve into Maushold in your party or in your box! The evolution has two different forms, adding 1 or 2 mouse children to their happy lil family. It’s got a 1/100 chance of evolving into the Family of Three Maushold! Which evolution did you get?

I tried very hard not to call it my “slug boi,” but I failed and let the intrusive thoughts win… Wo-Chien is the fourth member of the new Legendary Ruinous Quartet in Generation IX, and I couldn’t help but adore it right off the bat with the whole forest-y monster vibe it has going on.

Bulbapedia: “Wo-Chien is a snail-like Pokémon composed of a dark-green mossy form covered in green and yellow leaves with curling vines forming its eyes. A long wooden tablet curled around its backside forms its shell.

"Like the other Treasures of Ruin, Wo-Chien's true form is the wooden tablet forming its shell, having been given life by the grudge of the person who wrote the Paldean king's evil deeds on it thousands of years ago, its body being a form it has constructed using its control over plant matter. Wo-Chien is described as being able to drain the life force of vegetation in a wide area around it, causing entire forests and fields to instantly become barren. It is known as the Tablets of Ruin.”

Flame-on! Wait… wrong franchise. This second evolution of Charcadet is exclusive to Scarlet and was a mainstay of my team for the entire run. My favorite thing about Armarouge? They look like a Titan from Destiny about to shoulder charge, so in honor of that, I named mine “Titan.”

LOOK at this beauty! Some of my favorite animals are moths, making this pokemon a natural pick for one of my personal favorites. The volcanic, flame body vibe made me question why it is Bug/Fighting and not Bug/Fire, but I can look past that since we have the alternative Volcarona.

The flavor text is what really made me fall in love with Ting-Lu... Did you know the games have a different text for each Pokémon?

Scarlet: The fear poured into an ancient ritual vessel has clad itself in rocks and dirt to become a Pokémon.
Violet: It slowly brings its exceedingly heavy head down upon the ground, splitting the earth open with huge fissures that run over 160 feet deep.

Bulbapedia: “Ting-Lu is a Pokémon resembling a cloven-hoofed mammal such as a deer or moose. Its body is composed of layered rock, ranging in color from dark brown to a light tan. Its head has several red markings, as well as small red eyes and what appears to be a dewlap on its chin. Upon its head is a large cracked vessel with several antler-like spikes jutting out from the rim.

"Like the other Treasures of Ruin, Ting-Lu's true form is that of the ritual vessel on its head, having been given life by the fear of the humans that lived on Pangea thousands of years ago, its body being a form it has constructed using its control over the earth. Ting-Lu is described as being able to create fissures over 160 feet deep by slamming its head into the ground. It is known as the Vessel of Ruin.”

”AAHH!” - My exact words upon seeing Chien-Pao for the first time. The overwhelming cuteness of a little polar bear ferret cat just really can’t be beat.

Bulbapedia: “Chien-Pao is a feline Pokémon. Its body is composed of what appears to be snow, with ice-like crystals running down its back and legs and forming its claws, eyes, and whiskers. Two ice-tipped weapons, one resembling a sword's blade and the other its hilt, form large fangs, with the broken ends jutting through its upper jaw.

" Like the other Treasures of Ruin, Chien-Pao's true form is that of the broken blade comprising its fangs, having been given life by the hatred of people slain by those who wielded it thousands of years ago, its body being a form it has constructed using its control over ice. Chien-Pao is described as being able to control 100 tons of fallen snow, causing avalanches, and playing around in them innocently. It is known as the Sword of Ruin.”

Chi-You is one of four of the newest Legendary Pokémon of Generation IX. I love legendaries that are really creative and take a glance into the ancient past as inspiration. The gems around the eyes seem inspired specifically by imperial jade and make this sweet fish boy stand out in all his glory.

Bulbapedia:
“Like the other Treasures of Ruin, Chi-Yu's true form is the beads comprising its eyes, having been given life by the envy of those who desired them enough to start wars over them, its body being a form it has constructed using its control over fire. Chi-Yu's flames burn at over 5,400 degrees Fahrenheit, allowing it to swim through molten rock and sand and create seas of lava. It is known as the Beads of Ruin.”

COME ON. LOOK AT THIS TOASTY DOUGHNUT. Need I say more?

This little creature scared the shit outta me when I ran into it toward the end of the game. I’d seen it before, but not attached to a wall like the mesmerizing flower it is! I always touch the pretty flower embedded in the wall…

First things first (see what I did there?): Why not Fuecoco in the number one slot? Have you seen those adorable comics on Twitter!? You’ll note I specifically only put the first evolution on the list, and that’s because his first form is by far the cutest face I’ve ever seen. There’s literally no thought between those eyes, and in my mind, he is side by side with the Pikachu face meme.

Why Dauntless Is The Best Free Game Alternative To Monster Hunter

Dauntless is an underrated action RPG that's fun for families and friends to play together. Beth tells us why she enjoys it, how it helped her build a new circle of friends and fellow streamers, and why you should give it a try.
by 7whitewolf15 | February 19, 2021 | Featured ArticlesGames 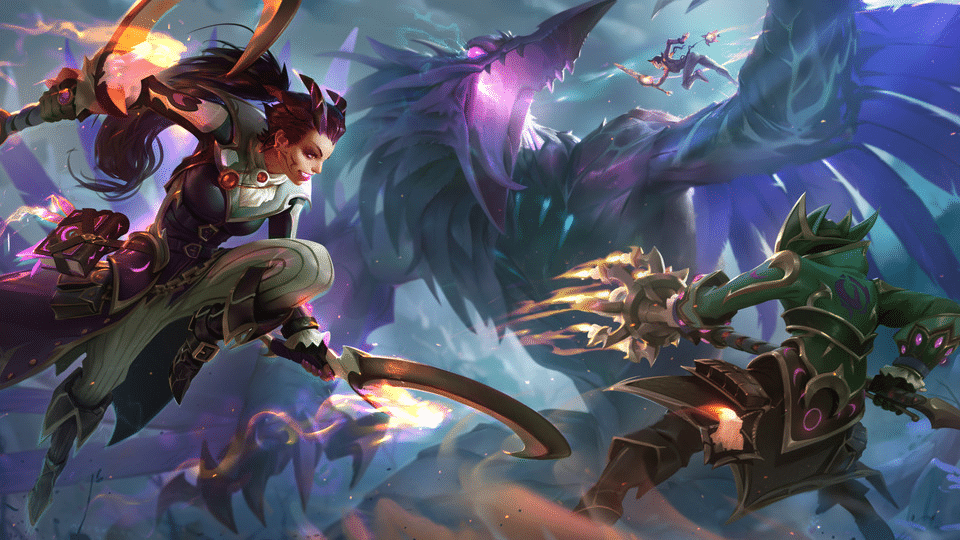 For Chadwick: How Wakanda Forever Deals with a New Black Panther

Wakanda Forever is here and although it was hard to imagine how it will continue after the death of Chadwick Boseman, Ryan Coogler and the entire cast and crew showed us how it is possible.
by Art of Lily K | December 2, 2022 | MoviesReviews 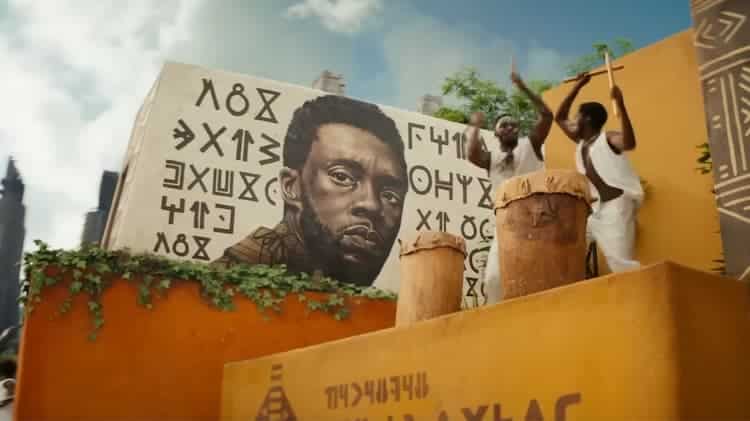