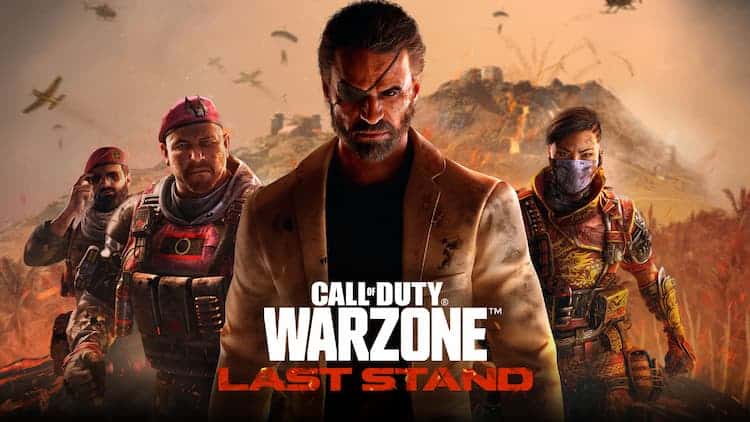 Call of Duty Warzone was released on March 10, 2020 as a free-to-play battle royale game and a companion to the game Call of Duty: Modern Warfare. The aim of Warzone is to be the last squad alive as the map shrinks periodically, encompassing the surrounding area with toxic gas that slowly suffocates any player caught in its cloud. On the eve of the release of Warzone 2.0 from Activision Blizzard, let's have a look back on Warzone 1.0 and how it's evolved in the past two and a half years.

I was introduced to Warzone at the very start of the pandemic when I was essentially alone and isolated. Those first few months were really tough, full of self-pity and frustration. So, when I received a message in my group chat about having a game of Warzone (WZ), I had to seriously consider it.

Reluctant is not a strong enough term for my feelings about joining my friends in this endeavour. That's for two main reasons: (1) I suck at online multiplayer games and (2) I'm awful at first person shooter games! But, regardless, I joined the fun and began the unhealthiest relationship that I've ever had with a video game.

Over two and a half years, I've clocked in 16 days, 21 hours, and 24 minutes in the game with a kill-to-death ratio of 0.45 overall. Yeah… like I said: I suck at first person shooters. You'd think that I'd improve over time but, unfortunately, that's not the case! The technical term for a player like me is a "Bot," someone who plays like a medium difficulty (at best) NPC in the solo campaign. So why keep playing?

The short answer is: the pandemic. What the hell else am I going to do? I could watch TV, go for a walk, work, or game. But when my friends and I squadded up and dropped into Verdansk, it felt like the world was normal for a time. And that squad has grown into some of the best buddies that I've ever had. It was a real community that all banded together in those trying times. Yes, we mostly lost but in those rare winning moments, the elation that was felt was *chef's kiss*.

In the beginning, there was Verdansk, the map that started it all for Warzone and my favourite out of the two main battle royale maps. Hell, I even incorporated the fictional city's flag into last year's Christmas sweater! Three to five nights a week, I would boot up the game, drop into the pre-game lobby and inevitably ask, "Where are we dropping, lads?" Generally, that would be answered by one of three responses: "Milli, we always do well at Milli" (meaning Military Base and a bone-faced lie if ever I heard one), "Stinks" (meaning Port, having evolved from "Stinks of Port" but of unknown origins) or "Hangars" (meaning Hangars, near Airport).

It didn't really matter where we dropped into the game, though, because I would be instantly killed and sent to the Gulag. The Gulag is a last chance saloon, 1v1 player versus player to decide who can respawn and who will require a buy-back from teammates. The Gulag mechanic was my saving grace. As a Bot, I had an exorbitant amount of practice in that setting and, surprisingly, I won more than I lost! It's where I felt most at ease.

Verdansk became a familiar frenemy over that first year amongst pandemic scares, lockdowns and a changing world. It's where friendships were forged, victories were earned, and filth of the highest order was heard (and sometimes given) over death comms. For all intents and purposes, it was home. However, all good things come to an end, and this was no exception with the Last Hours of Verdansk event. Just like that, Verdansk was gone on December 19, 2021.

Then along came Caldera.

With the launch of Call of Duty Vanguard came this new map with sprawling greenery, dense vegetation, mountains and foothills bringing much requested verticality to the game and, overall, a bigger map. It added new vehicles including fighter planes and a different type of helicopter. New weapons were introduced, adding even more variety into the game. So why was it such a downer?

The greenery was nice, a full departure from the greys and pastels of the Verdansk cityscape, but with the extra vegetation came the rise of bush campers. The dense greenery gave perfect cover to this type of deplorable player who could just lie prone and then jump out like Wolverines in Red Dawn.

Mountains and foothills added verticality but the accompanying open spaces along with the added high ground incentivised snipers over any other class. If, like me, your movement was not up to scratch or your acumen with a sniper was sub-par, it's likely you were having a frustrating time.

The new vehicles were a nice touch, too, but both were overpowered. The new chopper released with a weird glitch in which savvy players could become invisible to the rest of the player-base (and was quickly removed from the game) and a competent user of the fighter plane could clear a good percentage of the map before the last player had landed on the ground due to ridiculous auto lock-on.

The Gulag changed as well. It was no longer my friend and had become my nemesis. I found myself more and more gravitating to different game modes like Resurgence just to get away from a game that mostly consisted of watching my teammates attempt to gather enough money to buy me back.

Resurgence on the Rebirth and Fortune's Keep maps kept my interest in Warzone alive. They made for a quicker game and were also more forgiving. Bots could afford to play more aggressively and learn better movement techniques because there was less time spectating and more time in-game. And due to the relative easing of lockdown and pandemic measures over the last year, the Resurgence mode has made it easier to keep in contact with the squad, allowing us to have shorter sessions with just as much combat.

But the writing is on the wall for Warzone 1.0 with the imminent release of Warzone 2.0. The majority of the player base who have latest generation consoles or powerful enough PCs will, more than likely, migrate over to the new free-to-play game, leaving a diminishing player count in Caldera. It's a sad time, but it's also a hopeful time. Caldera was not a map for players on the lower skill spectrum, so I hope that this will be a new entry point for players like me, back into enjoying the franchise again.

Of course, there have been some high-profile streamer detractors who argue that the movement is a disgraceful downgrade from Warzone 1.0 and who are unhappy with plans for how to access your custom builds of guns (loadout weapons). But why is it bad to have good players learn how a new game works, find new advanced movement techniques and determine meta weapon builds? That's content, right?

Nevertheless, I, for one, am excited for the prospect of Warzone 2.0, and I hope to squad up with you all soon.

Sam is having trouble acclimating to "civilian life" with all those lost cities still out there, so Nathan had an idea: have him watch a show with Nadine. First up: The Falcon and the Winter Soldier.
by Lizabeth Phoenix | April 10, 2021 | Reviews 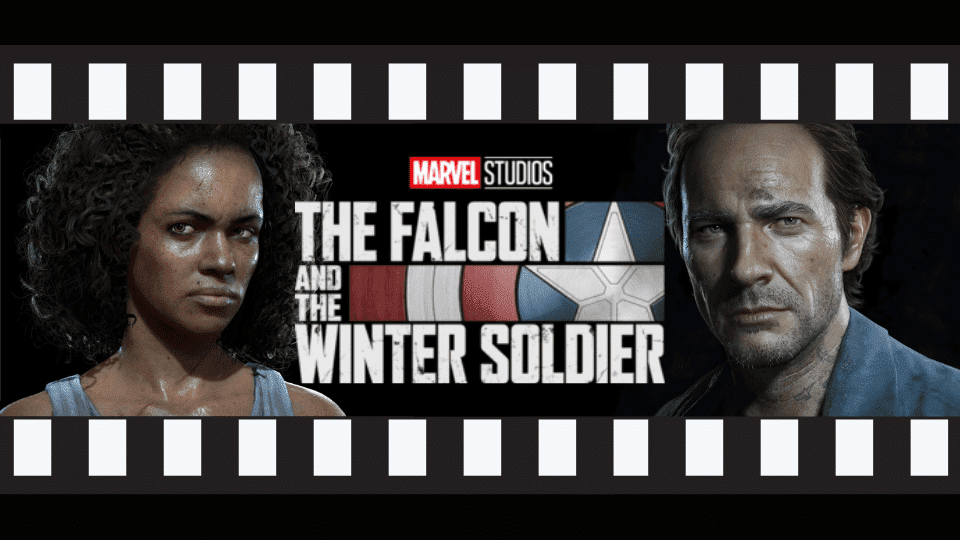