Obsidian Entertainment has proved several times over that they are very good at what they do. You might know them as the developers of Fallout: New Vegas, Pillars of Eternity, The Outer Worlds, or, more recently, Grounded. Grounded is their first foray into the survival genre, and the game is currently still classified as a game preview, available on Xbox and Microsoft Windows. So far, I’m having so much fun playing this game! I’ve never felt such anticipation for a video game’s updates before as me and my friends await the next area to open up on the map. Although the exact release date is yet to be confirmed, Obsidian has announced it for 2022. I can’t give a full review of the game yet since it’s not quite finished, but here's an overview of the gameplay and a list of reasons why you absolutely need to try this game.

If you’ve seen Honey, I Shrunk the Kids; then you already know the basic premise of Grounded. Four kids reduced to the size of an ant now have to face the backyard and all of the dangers that come with it, including a plethora of bugs that are now three times your size! On top of that, there are environmental dangers around every corner and even some unexpected enemies. It’s your job to survive, build your fortress and ultimately determine how you ended up in this situation.

One of my favorite things about Grounded is the co-op. Two of my friends and I have been playing since it became available in July 2020, and we’ve been addicted ever since. We have a member of the party who loves building and another who is great at organizing us and getting stuff done. And then there’s me, who just loves being involved. I think we make a great team! Having friends to share in the journey can make some of the more difficult game elements feel a bit more bearable. Enemies are easier to take down, and building is faster when you have multiple people helping out.

If you’ve ever played a survival game before, then you will already have a good idea of how Grounded works. Aside from a few quick tutorial bits at the start of the game, you’re largely thrown in blind and expected to figure it out. This isn’t a quick process. There is a lot to this game, and as you progress, new things will become available to you. It’s a constant learning curve of how best to survive each new threat using the new equipment available to you.

Not only have you got the treacherous back garden to contend with, but you’ve also got thirst and hunger meters to keep track of. Water can be found in dewdrops hanging from blades of grass high above you. You need to find them, knock them off the grass, and, yep, you’ve guessed it, slurp it straight off the dirt floor. Delicious! Food is a bit more complicated because it's harder to find. My friends and I spent the first few months playing the game frantically searching for mushrooms since they can be picked and eaten right away. It took us far longer than I’d like to admit to realize that you can build a roasting spit and cook various small bugs, which are much more filling.

Above all else, of course, Grounded is about survival. Making the most of the game’s crafting system is absolutely crucial for surviving amongst the garden of chaos. You begin the game only able to craft very basic items. Each time you discover a new item or material, you are able to analyze it at one of the game’s many Field Stations. This then unlocks any crafting recipes related to this item. Eventually, you will build up a huge catalog of items that you can craft. Even after months of playing and leveling up, my friends and I still have so much yet to discover and craft. Every time you discover a new bug, its parts will allow you to create a brand new weapon and armor set. Each new bug will produce stronger sets.

These combat upgrades are just one small part of the crafting system. The bulk of crafting is settlement building. Like in many good survival games, you can build yourself and your friends a little home to live in. One member of my little co-op team is big into the building elements of video games, and they have had an absolute blast building a few little homes for us. Our main house is on the edge of the pond and is kitted out with all of our crafting machines, a lounge area, a tower, and an extension solely for item storage. We’ve also built a mushroom fortress, a hobbit hole under the ground and a staircase, and a few rest stops spread across the map. The possibilities are literally endless with Grounded’s crafting system.

Outside of the wholesome co-op fun that makes up a lot of Grounded, the game can be very cruel when it wants to be. The map is covered in threats, and 90% of them are, much to my dismay, bugs. The worst of them are the spiders: not only are they horrifying to look at, but they make the most awful slurping sound. I have no idea who decided that spiders slurp, but I am absolutely not a fan. Obsidian must know how awful the spiders in Grounded are because they added an arachnophobia mode that turns the spiders into various blob formations, depending on how unspiderlike you would like them to be. So if you do happen to suffer from arachnophobia, you can hopefully still enjoy Grounded.

Alongside the constantly looming bug threat is a multitude of environmental threats that make traversing the garden so much harder. If you’re not breaking your legs from fall damage, or drowning because you stayed under the water too long, then you’re sizzling to death in the sandpit or, even worse, suffocating in the haze.

Grounded certainly makes you work for your survival, and I’ll be the first to admit that I completely underestimated the challenge level that this game would deliver. You’ll find that, sometimes, running into danger head-on is actually the best course of action. How else will you figure out the consequences and how to combat them? It can sometimes be a drawn-out process figuring out how to enter an area and having to find the parts needed to craft the gear you need to enter it safely. But it makes it all the more satisfying when you’re finally able to properly explore an area. And there’s a lot to explore - Grounded’s map is absolutely huge and still growing!

As it exists currently, Grounded includes a lot of amazing stuff, and this isn’t even the full release! There are areas of the map that are yet to be filled, and there are definitely some interesting structures on the map that we don’t yet have access to. Obsidian is constantly updating the game with fixes and completely new areas for you to explore and, presumably, there are some things they’re keeping under wraps for the full release. I’ve reached out to Grounded’s official Twitter to find out if progress you make during Early Access carries over to the final release, but they haven’t been able to get back to me yet. Hopefully this will be confirmed in the lead up to the release.

One thing that I’m hoping comes in the final version of the game is the continuation of the story missions and a deeper story for players to delve into. The game begins with a few story missions; that said, they act as a tutorial more than anything else. I’m desperate to learn more about these characters and how they came to be in this awful situation. I personally can’t wait for this game to be fully out in the world and to find an even bigger audience of people.

Your monthly dose of gaming goodness and all the games to wish you had time to play.
by Rohan Elliott | October 1, 2022 | Coming soonGames 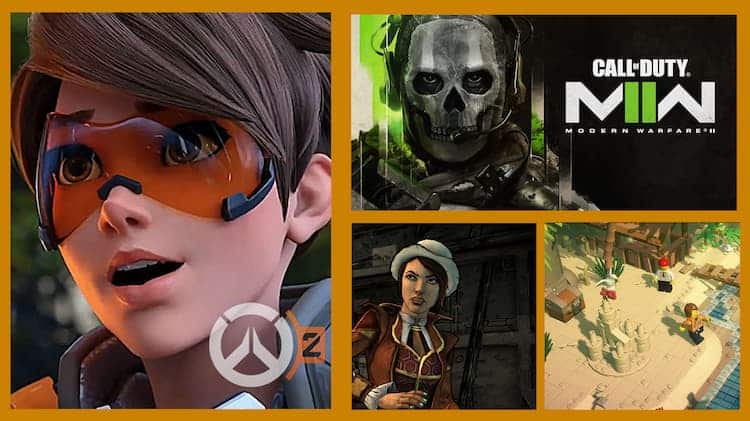 Michelle is back with the fiery finale recap of House of the Dragon! Did they pull off an epic season? Is she excited for Season 2? Read on to find out!
by Michelle Holstine | October 30, 2022 | ReviewsTelevision seriesWatching Now 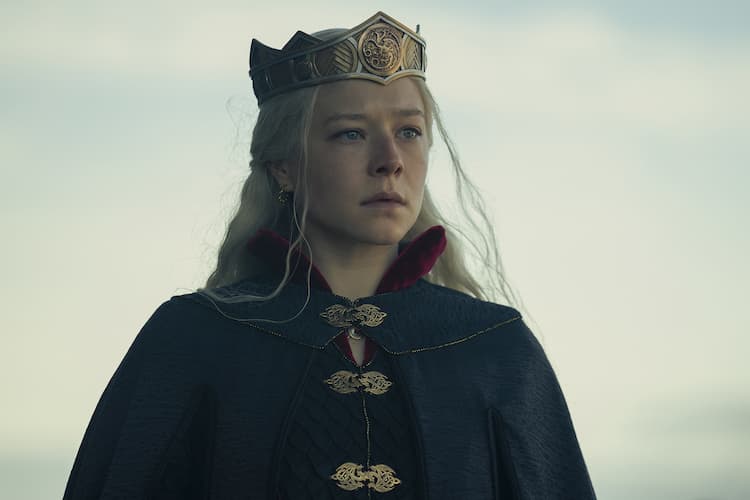