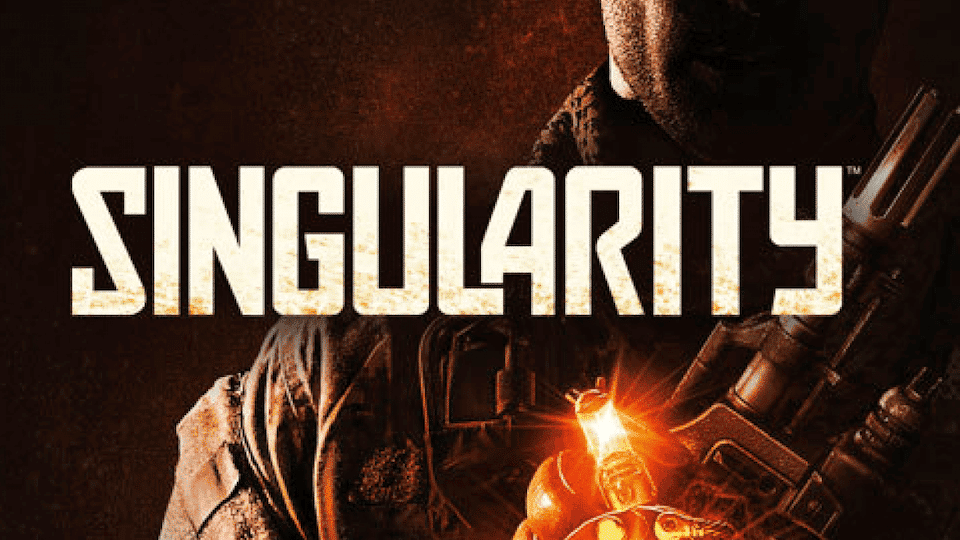 I don’t remember when it was, but I picked up Singularity on a whim. I think it may have been on sale and looked interesting enough on the cover to warrant a purchase. I got it on Xbox 360, and I remember thinking this is so cool during my first playthrough. Though the game is a first-person shooter, a genre I am fairly familiar with and play frequently, Singularity had a twist I didn’t know about (and it's not a spoiler):

As someone who was obsessed with the Back to the Future series as a kid, time travel was always something I looked forward to in television, video games, and movies. That's why once I had finished Singularity I was surprised to find out that no one I knew had ever heard of it. 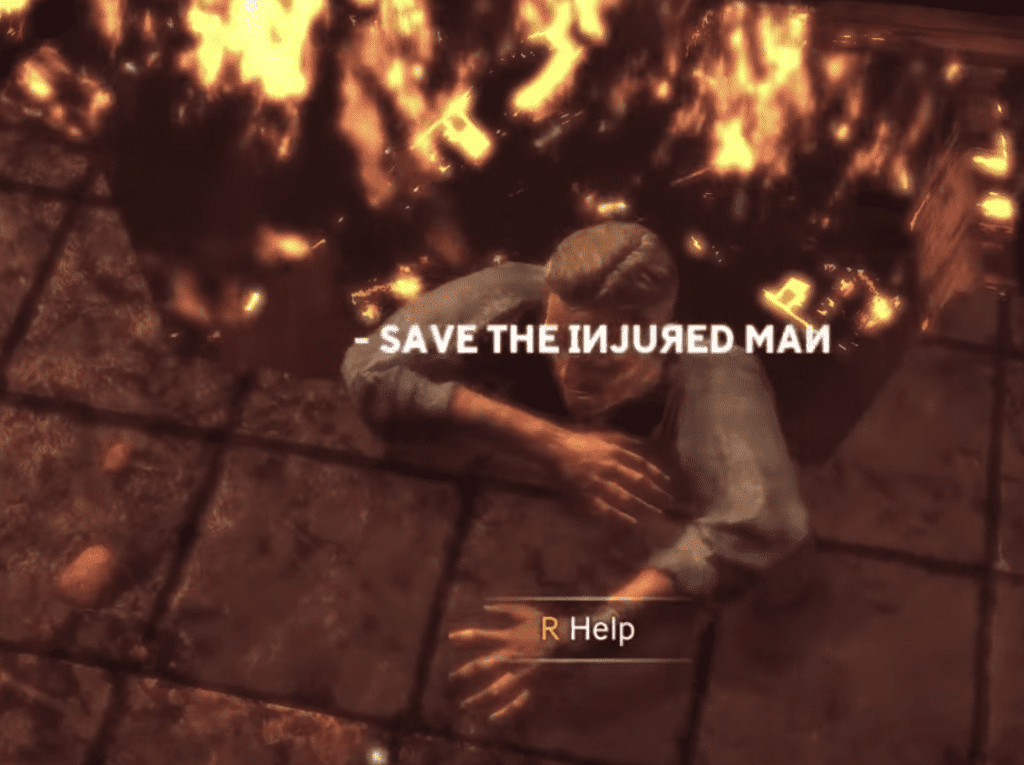 A noble action that changes history?

Singularity was released in 2010, developed by Raven Software (Quake 4), and was published by Activision (Spyro the Dragon, Destiny). You begin the game as character Captain Nathaniel Renko, a U.S. Recon Marine investigating an electromagnetic surge that took out a U.S. spy satellite. Renko crash-lands with his group on an island known as Katorga-12 after another electromagnetic surge takes out their helicopter. He finds his way into a building on Katorga-12, filled with audio recordings, an informational video about a strange substance known as E-99, and a giant statue of Joseph Stalin’s head.

There, Renko is exposed to some sort of energy wave that transports him back to 1955 in a burning version of the building he was just in. The floor collapses, and a man falls through the hole. Renko instinctively saves the man’s life and is thanked by people referring to the man as “Demichev.” Then, he returns to the year 2010 only to discover that things in the room have changed. Instead of a statue of Stalin’s head, a statue of Demichev's head stood in its place.

The story is enhanced by the history of Katorga-12, E-99, and Demichev's takeover, told through audio and video clips throughout the game.

As you get started playing as Renko in the game, you're captured by Demichev's soldiers and rescued by a woman named Kathryn with a group called MIR-12. MIR-12 found a journal in the building stating that Renko was the key to ending Demichev's reign using something called the Time Manipulation Device. This TMD was developed by Doctor Victor Barisov, who Demichev killed in the past.

Your first task is to go back in time and save Barisov's life and use his TMD help to continue your larger mission: making sure Demichev does not end up in power. 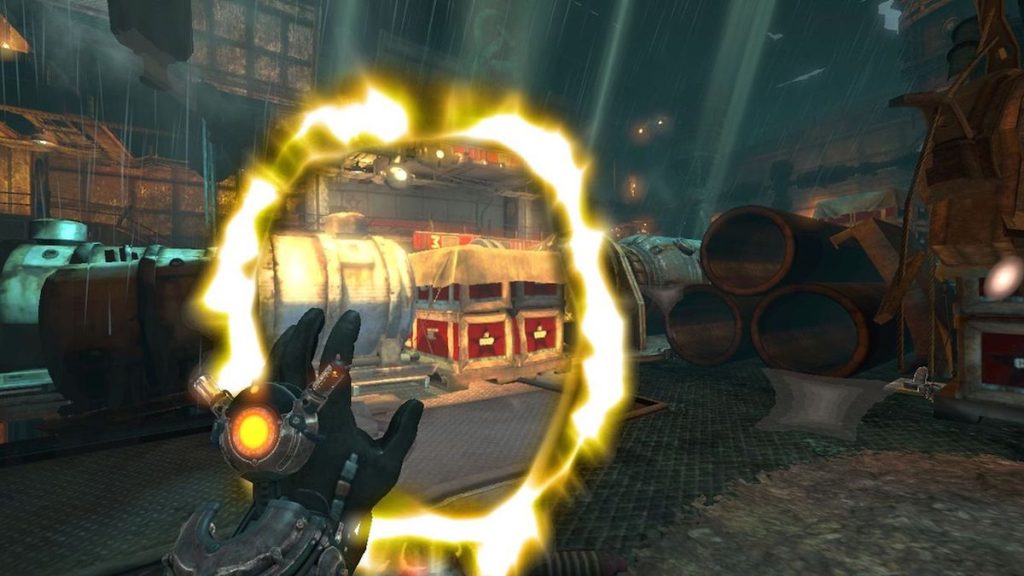 You can use the TMD to open a rift in space-time.

When you first discover the TMD, its powers are very basic. Throughout the game, though, you're able to upgrade it to become more powerful and useful. It runs on a substance known as E-99, which is what caused Katorga-12 to go under instead of becoming the utopia the Soviet Union had hoped it would be. Once you have more power, the TMD can manipulate time, move objects back and forth in time, send a pulse to kill enemies, and much more.

Throughout the game, you also have to fight off human enemies and mutated creatures alike by collecting ammunition and weapons. You must do everything you can to stop Demichev's rise.

This game is a lot of fun! 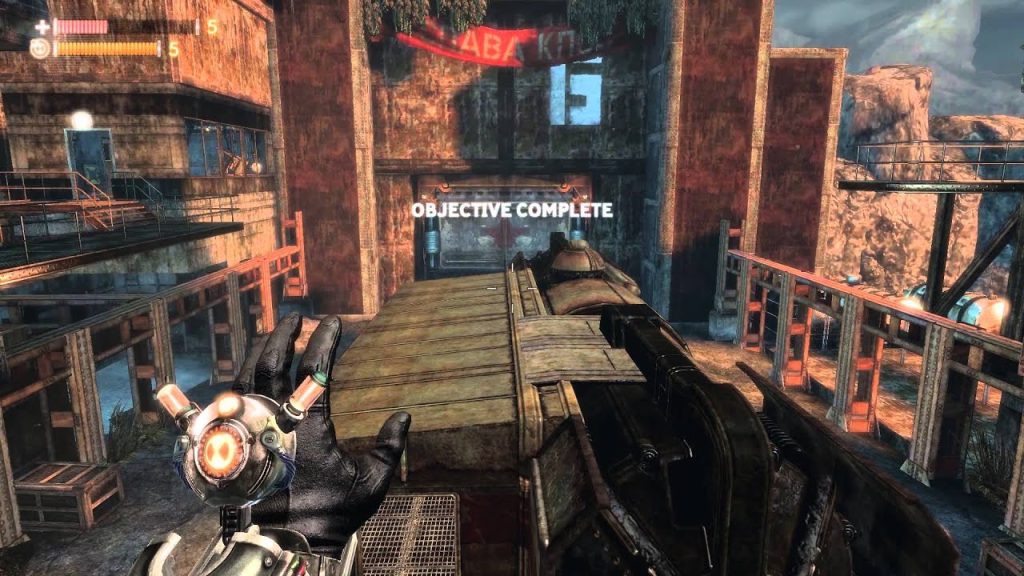 Missions are challenging and enemies vary in difficulty.

I love going back and forth through time, seeing the past that shaped the present is interesting, and—my favorite part—manipulating objects through time. Can’t get onto a ledge because a stairway has disintegrated? Just use the TMD to take that part of the stairs back in time, and they will repair themselves. Trying to get past some spinning blades? Use the TMD to send a pulse at them to hold them in place for a few seconds while you slip through. Have an enemy you can’t quite take out? Use the TMD to pick up an explosive barrel and hurl it back towards them. The TMD works equally well as a weapon and as a manipulation device.

It’s widely known that the game had troubles with development, so much so that Activision almost canceled it altogether. After delays with the game in October 2010, they reduced the development to just one team at Raven. Once released, Singularity did well, but not well enough for Activision's standards, and they were disappointed. In contrast, player reviews are largely positive because while Singularity is similar to many first-person shooters, it has enough unique features to make it a singular game of its own. 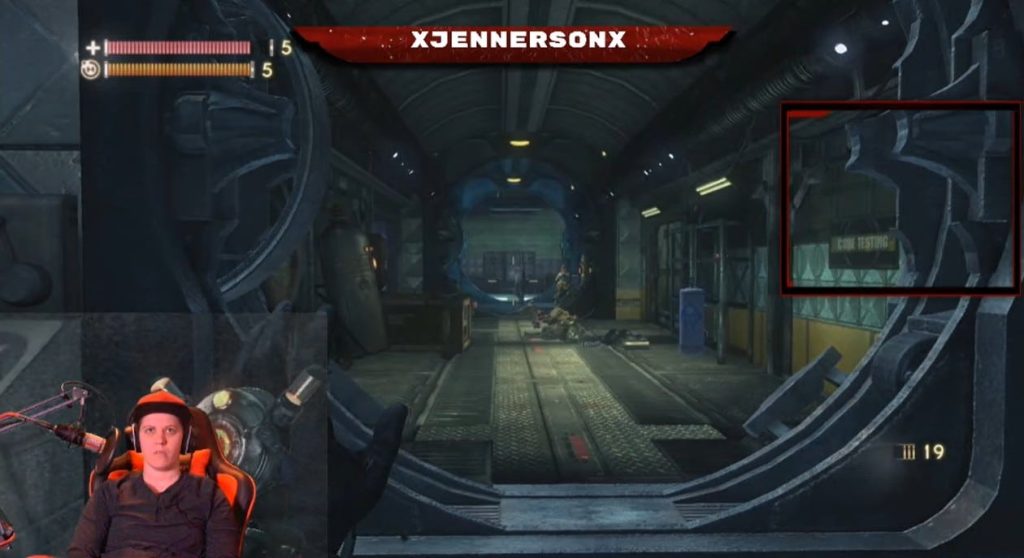 Me doing my best on my “Singularity Sundays” stream.

While you never hear Renko's voice, the game does have a slew of well-known voice actors in the cast: Nolan North, Steve Blum, Graham McTavish, Yuri Lowenthal, Kari Wahlgren, and Troy Baker.

The graphics aren't incredible by any means, but they do keep you involved in the story. And that story is enhanced by the history of Katorga-12, E-99, and Demichev's takeover told through audio and video clips throughout the game. Singularity gives you as much information as possible by packing the game with audio files, educational films, and notes.

Given its development and release hiccups, I can understand why this game slipped under the radar. But I hope more people discover it and give it a chance. Singularity is a fun and interesting game. It reminds me a lot of Bioshock, too, and if you like that kind of game, I urge you to give Singularity a chance. It's available on Xbox 360, PlayStation 3, and Steam.

Have you played Singularity? What other missed gems have you enjoyed and would recommend? Let's chat about them in the comments.

Read our recap and review of The Last of Us HBO Episode 1 - When You’re Lost in the Darkness. Look for the Light.
by Iain McParland | January 19, 2023 | ReviewsTelevision seriesThe Last of Us 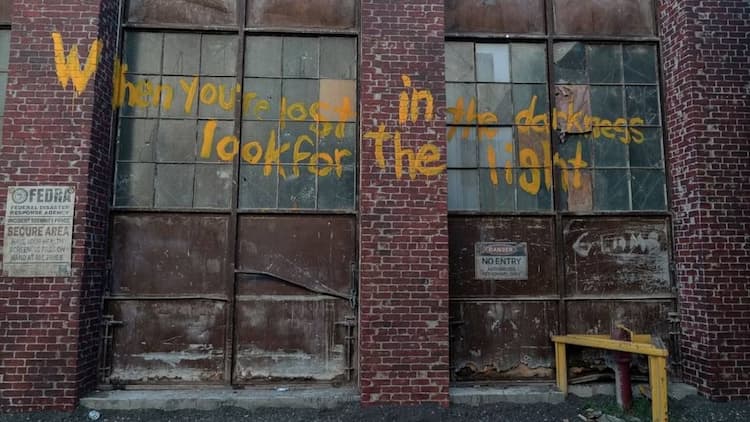 10 Exciting Technologies to Get You Hyped for Project LLL

NCSoft recently revealed gameplay from their newest game, Project LLL. Here are 10 of the coolest gadgets and weapons we were able to pin down from the trailer!
by Tyler Graham | January 31, 2023 | GamesReviewsTrailers 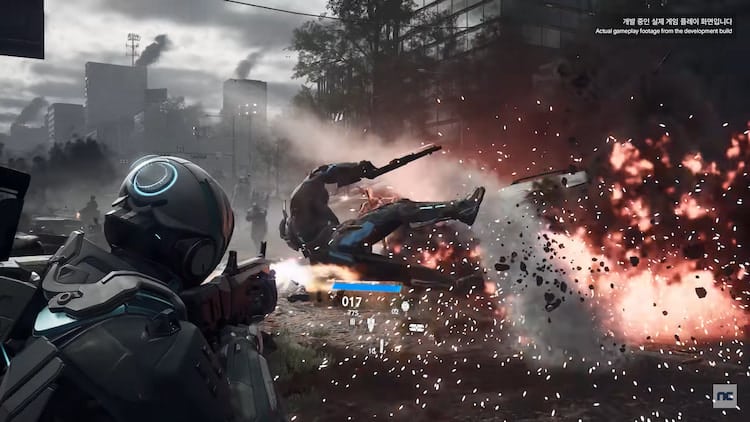