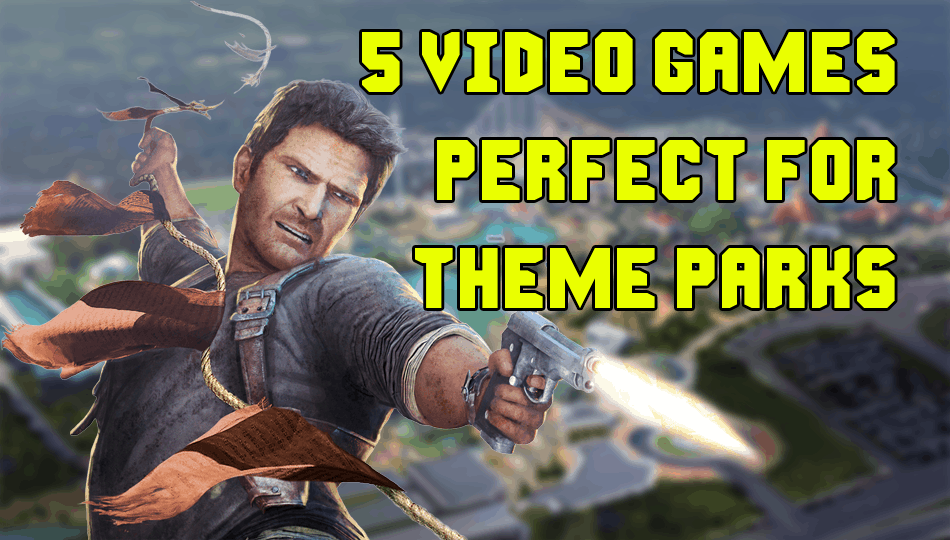 At the 2020 Nintendo Direct live streaming event, Shigeru Miyamoto, the creator of Super Mario, gave viewers a brief tour of the brand new Super Nintendo World in Universal Studios Japan. Set to open in February of 2021, Super Nintendo World is a Super Mario video game come to life with everything from special interactive power-ups on item boxes, apps that sync with a special wristband to collect coins from various locations, and fully realized sets recreating the iconic levels of the franchise.

To top it off, Miyamoto previewed a state-of-the-art ride with never-before-seen technology that puts guests right into the heart of an epic race called "Super Mario Kart: Koopa's Challenge." If you've ever wondered what it'd be like to wander through a warp pipe and end up in the Mushroom Kingdom, Super Nintendo World will give you that experience tenfold.

As a theme park enthusiast and a former Cast Member for Walt Disney World, I've been fascinated with theme parks from all around the world. With the creation of Super Nintendo World now coming to life, I've compiled a list of what I believe to be the five video game franchises that would be perfect for theme parks. Some you may expect and some may surprise you. Either way, it's time to level up the world of theme parks with my very own wishlist. 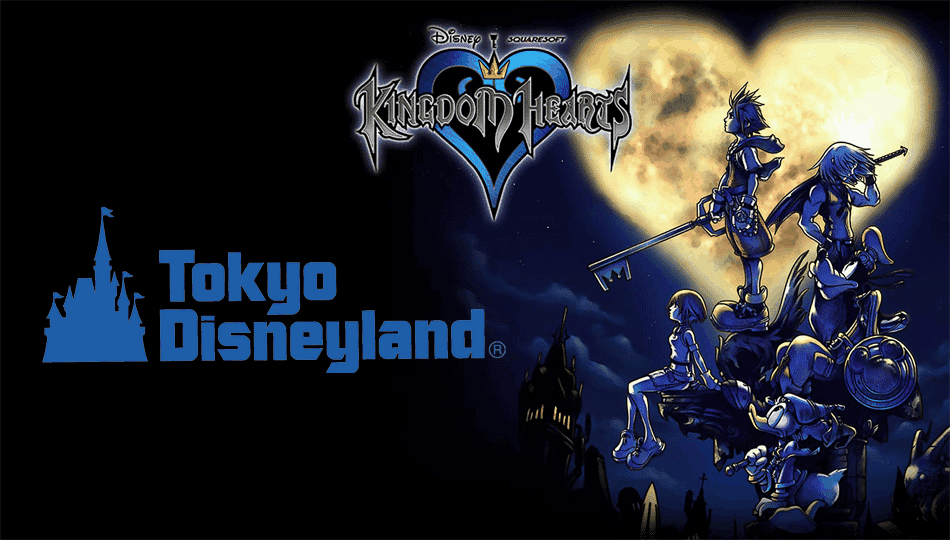 The Square Enix/Disney crossover franchise is an obvious choice to be an extension to the Tokyo Disneyland park in Japan. Through the magic and ingenuity of the brilliant Disney Imagineers, guests would enter a secret portal on Destiny Island into Traverse Town being greeted by Sora as well as Donald, Goofy, and Mickey in their respective Kingdom Hearts costumes. Upon arrival, Guests wearing their park exclusive Magic Bands with the Kingdom Hearts logo will be able to go on an interactive quest throughout the park helping stop the Heartless from taking over designated areas around shops and character meeting areas.

The main attraction (or E-Ticket Ride as it's known in the Disney Parks lingo) would be a ride called "Journey into the Realm of Darkness'' where guests journey together to face the Darkness in their Gummi Ship while using Keyblades to fend off foes sent after them by the evil Maleficent. It would be a combination of the vehicle technology used in "Harry Potter and the Forbidden Journey" in Universal Orlando Resort and the laser blasters in "Buzz Lightyear's Astro Blasters" in Disneyland, plus some 4K digital mapping projections. 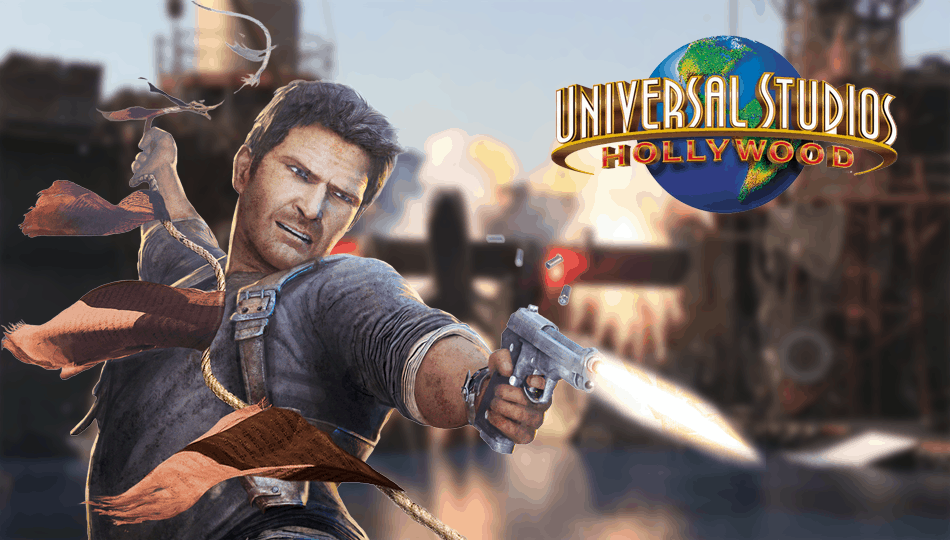 Stunt shows are a staple of theme parks around the world and there's no better franchise that lends itself to it than the Uncharted franchise. Universal Studios Hollywood in Los Angeles would be a perfect park to have this show. A grandiose outdoor amphitheater showcasing an exotic temple would be the perfect setting and size for Nathan, Elena, and Sully to climb, shoot, and drive in a series of action-packed stunt scenes. Water would surround it like a moat for jet ski chases. Set pieces of all sizes would fill it out perfectly for Nathan’s signature climbing and jumping while fending off evil mercenaries. Fill in the ground with a huge track for stunt car chases and you've got yourself a three-tiered show capped off with pyrotechnics of all kinds!

Stunt shows usually have pre-recorded vocal tracks that actors lip-sync to and this would be no different with Nolan North, Emily Rose, and Richard McGonagle reprising their respective roles. What better way to see your favorite characters in real life than to hear their actual voices on stage? Imagine, if you will, a scenario where Nate has once again found himself in the midst of an epic journey to find an ancient relic thought to be lost to the ages. With Elena and Sully by his side, the three of them fend off an evil group of mercs hired by a rival treasure hunter intent on stealing it for themself.

The action-movie style of the franchise is perfect for a stunt show of this caliber. The humor, the fight choreography, simulated shootouts, and car chases, all kept at a pace with a sweeping score from the original game's soundtrack, would make this stunt show a signature piece at any theme park around the world. 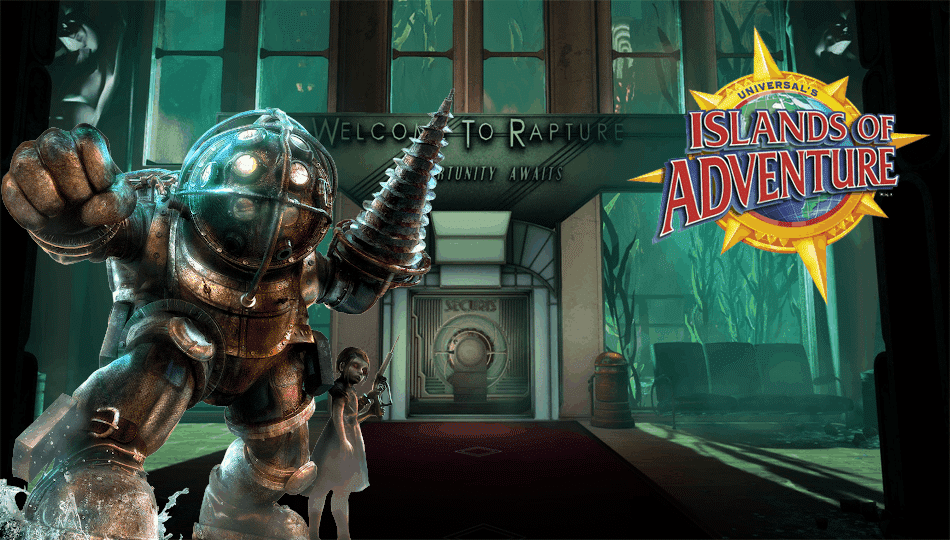 Imagine walking through the Islands of Adventure theme park in Orlando with all the fantastical buildings surrounding you and, in the distance, an unassuming simple lighthouse. You walk through a winding path filled with aged newspaper postings on signs talking about the amazing eighth wonder of the world built by the infamous Andrew Ryan. Once inside the lighthouse, you find yourself presented with a staircase that goes down to an antechamber filled with propaganda signs from Andrew Ryan himself promoting his underwater city, Rapture.

Soon, attendants dressed in the finest 1950s uniforms designed by Ryan Industries invite you to step into designated patented multi-rider bathyspheres. Once inside, you're taken on a (motion-simulated) journey underwater and transported to the marvelous city of Rapture. However, on the way, the recording of Andrew Ryan's voice becomes distorted and suddenly the recording is hijacked by a mysterious character who warns them that all hell has broken loose in Rapture and they need to turn back.

But it's too late. Once you've emerged from the depths, you're suddenly confronted with a Splicer (portrayed by a live actor) who attempts to break into your bathysphere. A large bellowing voice scares them off and your vehicle opens with a tattered-uniformed guide claiming to be a friend of the voice that warned you to turn back. Collectively you all walk through the dilapidated city and back towards an emergency exit avoiding any trouble you encounter along the way. Eventually, as you are surrounded by a multimedia experience with special effects to fully immerse you in the city of Rapture, you make a daring escape in a submarine while a Big Daddy attempts to break-in.

This idea was inspired by Disney's "Rise of the Resistance" attraction in Disney's "Star Wars: Galaxy's Edge" theme park. It would consist of a simulator ride through a virtual ocean, a walkthrough experience with live-action actors, fully realized set pieces, state-of-the-art animatronics, and digital projection mapping, and LED video to simulate the infamous underwater tunnels. The ride would conclude with a thrilling simulated submarine ride and a terrifying encounter with a full-sized Big Daddy animatronic. It would be an incredibly ambitious attempt at bringing the world of Bioshock to life. 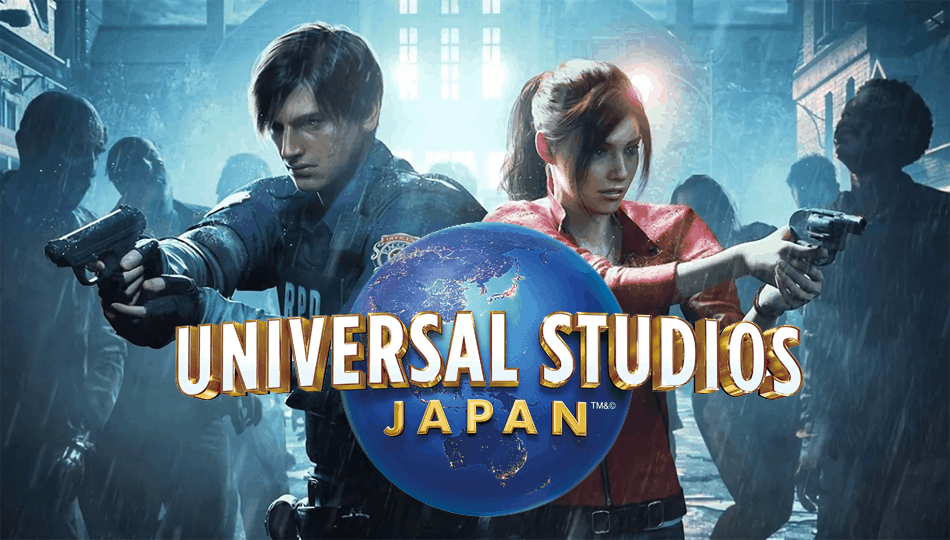 Every year in October, Universal Theme Parks in California, Florida, and Japan hosts an event called “Halloween Horror Nights.” Themed mazes litter the park and have delightfully frightened park goers with creatures and characters from the most famous horror films and television series.

In 2014, Universal Studios Japan went a step further and dedicated an entire zone of their park, from August to November, to the video game franchise Resident Evil (known as Biohazard in Japan). Characters from the game were scattered throughout the area, and live-action re-enactments of scenes and encounters from the game were played out right in front of guests at periodic times throughout the day.

In my idea for making this a theme park attraction, I'm taking all of this one step further.

A year-round horror maze is not uncommon these days, but what if you were to take all the great elements of a haunted house, live-action presentations, and state-of-the-art special effects and then combine them with the added bonus of augmented reality? All of these elements under one roof would make for an incredibly immersive experience.

Guests would enter through a STARS-themed queue with video monitors describing what they're about to experience all along the way. As the line moves, guests learn they have volunteered to try out a brand new technology that will allow them to help the patrol identify early-onset infections of the t-Veronica virus. They are also being trained to learn how to eliminate the already infected as they'll be given specialized weaponry. In reality, guests are putting on special augmented reality equipment used in such experiences as "Ghostbusters: Dimension" created by AR event creators, "The VOID."

A walkthrough set, live-action zombie actors, digital projection effects, a specialized HUD on your equipment, and immersive effects surrounding you at all times--you’ll feel like you're inside the video game. It would not be for the faint-of-heart, to say the least. 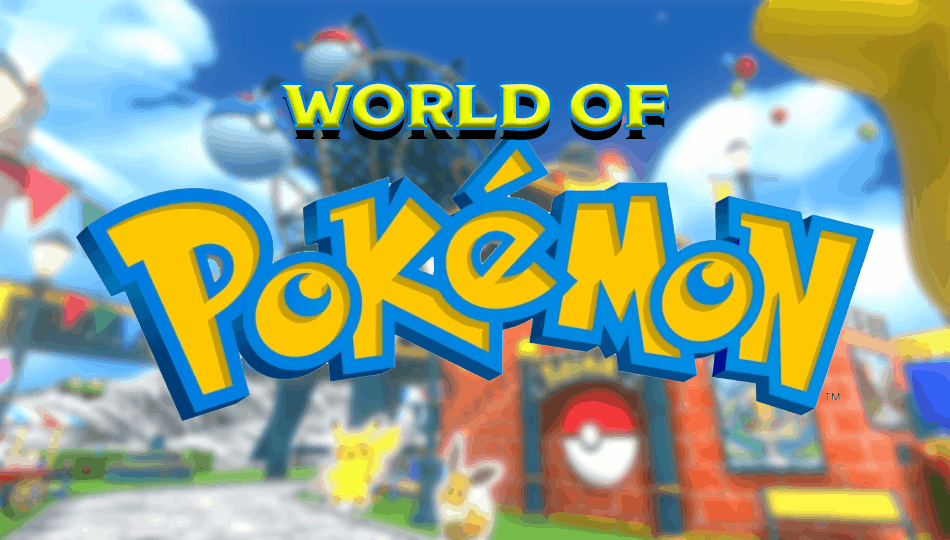 The Pokémon franchise is too big to put into one ride, one live show, or even one park. This nearly 25-year-old franchise deserves to have its very own theme park. The World of Pokémon would be an absolutely immersive experience from the moment you step through the gates. Entirely enclosed so that year-round access is guaranteed, the World of Pokémon would be divided into several areas taken from the most famous locations in the video game franchise.

Guests would wear a special RFID chip wrist-band with a signature pokéball on it that would act just like the item does in-game. Connecting via Bluetooth to an exclusive downloadable pokédex app, guests would find themselves in a park-sized spanning game of Pokémon Go! Instead of virtual images on their phones, guests would be able to use the app to find special locations where scale animatronics of the most famous original 150 would be scattered throughout the park. They'll be able to see their own starter Pokémon in real-time battle with the other creatures on their phone. And if they're lucky enough to capture five of them, they can take them around the entire park to do special AR challenges and even compete for gym badges.

Beyond the fully immersive premium encounter game, guests can have meet-and-greets with an animatronic Pikachu, eat signature dishes inspired by the game at the many eateries, ride roller coasters inspired by the Legendary Pokémon like Articuno, Zapados, and Moltres. Or even see a live-action Ash, Misty, and Brock face off against the evil Team Rocket in a special effects show using high-end screen projections. The big-ticket ride would be a 3D dark ride where park-goers would take a special tour through the famous cities of Pokémon only for their ride to be hijacked by Team Rocket with Ash and his Pokémon following to save his new friends.

Combining the look of the worlds from the video games, the animated series, and the live-action movie "Detective Pikachu," the World of Pokémon theme park would be the number one destination for all things Pokémon. You will absolutely know the true meaning of “gotta catch ‘em all” by the end of it as you try to become a true real-life Pokémon master.

Those are my picks for video games I feel would be perfect for theme parks. What games would you like to see come to life in a ride, show, or full-fledged park? Which ones from the list would you want to see the most? Let me know in the comments below.

Summer is in full swing which, unfortunately, means not too many big game releases. However there are still many new games for the months of July and August and some are worth checking out if you are itching for something to hold you over until fall.
by Dan Morris | August 4, 2021 | Games 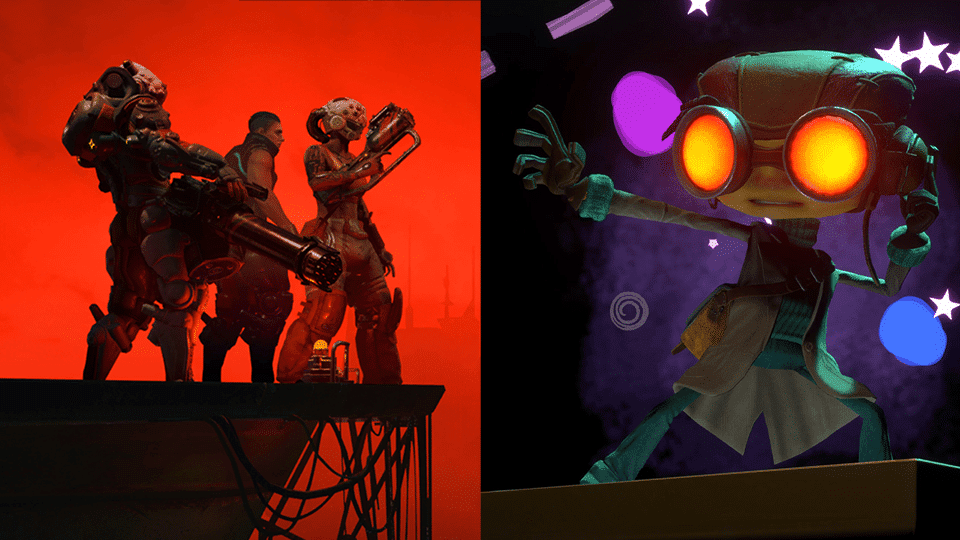 Were you able to get a hold of a shiny new console that you have been waiting oh so patiently all year for? No? Me either, but that's ok, as the start to 2022 is thankfully a bit slow. Here are all the biggest gaming releases coming in January 2022!
by Dan Morris | January 1, 2022 | Games 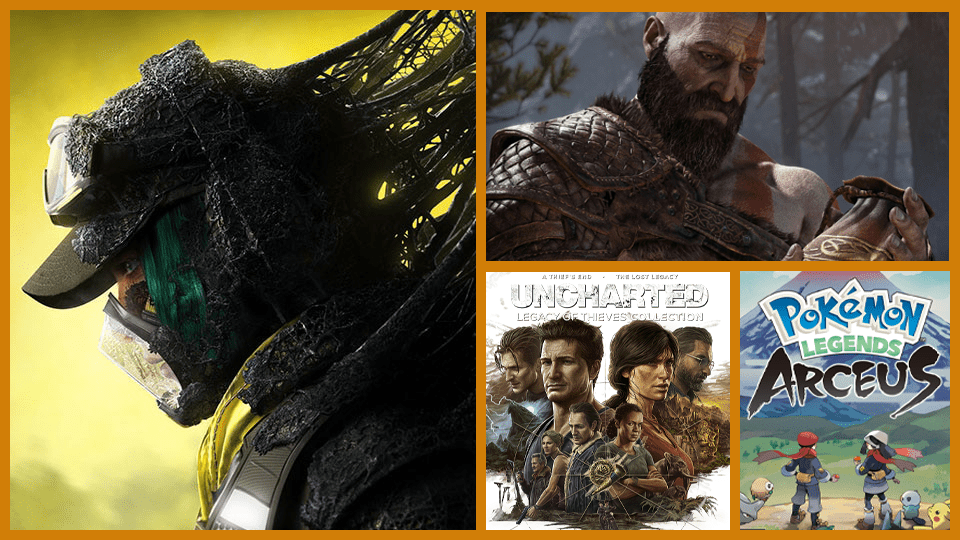