Replayers came together this year to play games and raise money for kids. Extra Life is an organization of gamers that make individual and team fundraising efforts to benefit Children's Miracle Network Hospitals. Each participant selects one of the 170 Children's Miracle Network Hospitals across the U.S. and Canada, including Puerto Rico. The funds each participant raises helps cover the costs of kids' hospital care beyond the cost of what Medicare and insurance will cover.

I was honored to serve as team captain for a dedicated and energetic team of Replayers, and I wanted to share our Extra Life 2020 story. 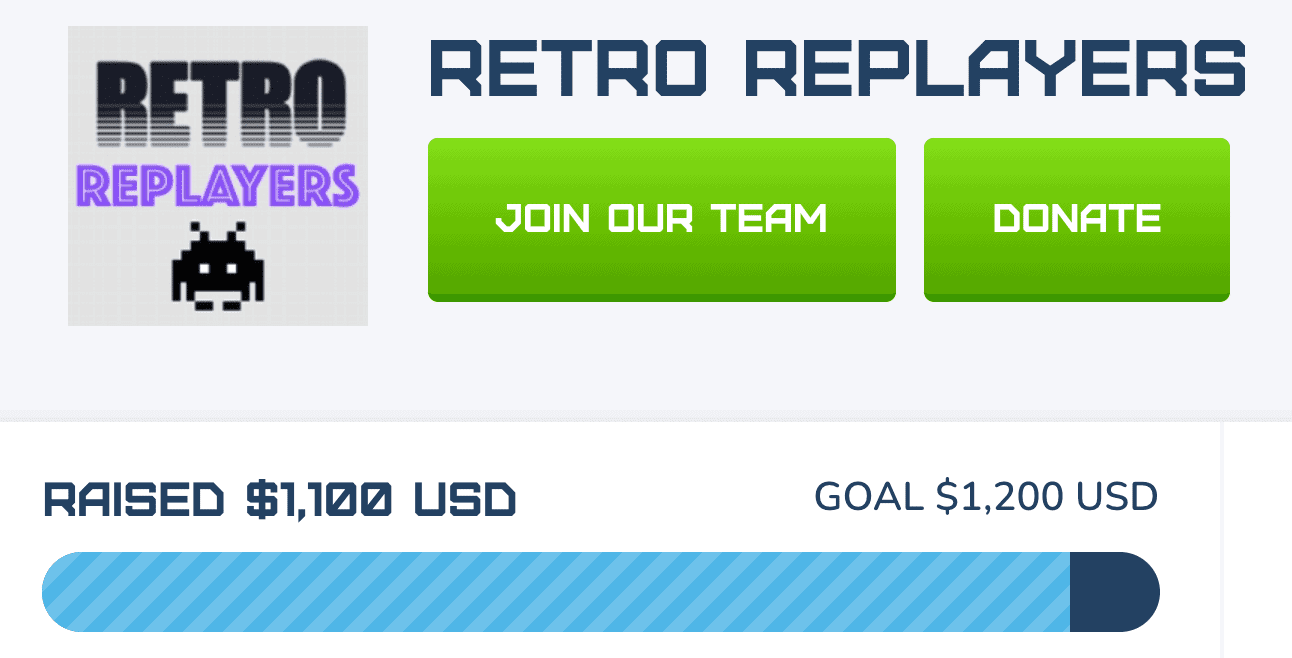 I have a friend who is a long-time team captain and passionate organizer in Extra Life. When I started streaming games on Twitch in 2017, I followed his example and joined Extra Life for fundraising. While participants can raise money throughout the year, most focus their goals toward "Game Day" on one Saturday each November. It's popular for streamers to do a 24-hour stream that day, either solo or with friends. My first year, I did a solo 24-hour run and, though I didn't have a lot of followers on Twitch, I raised a little over $100.

Back then, I thought it was a great cause, but it hadn't yet touched me personally. Then, at the end of 2018, I watched a young cousin, Hayes, at just three years, old fighting for his life in end-stage renal failure. He spent months in and out of hospital care while waiting for a kidney transplant. The last thing his vigilant and loving family needed to worry about was how much it was going to cost.

Hayes is healthy today with no signs of kidney rejection. I passionately hope that any kid that goes through to get that same life-saving care without a crippling financial burden on the family.

And here in 2020, COVID-19 has made a tremendous impact on all hospitals, including the CMN Hospitals. They've needed funds more than ever before as they've struggled to keep up with the pandemic.

Some numbers from the Children's Miracle Network Hospitals.

In 2020, I decided to make this a Retro Replay community event...

In late September, I committed to raise money for Extra Life again for 2020. This time, though, I not only had a small streaming audience, but I also had several friends in the Replayer community who were passionate gamers and streamers. Some of them had done fundraising streams before, too. I decided to make a team for us and organize a Game Day schedule for November 7, 2020. To my surprise, I immediately had 11 people enthusiastically join the team, and we had even more to jump in to help us during Game Day and beyond.

Leading a team is something I was inspired to do by watching two other veteran Extra Life leaders. Marcus Summers, better known in the streaming world as Major Linux, is the leader of an Extra Life team in the greater Raleigh and Durham areas in North Carolina. That team primarily raises money for Duke Children's Hospital in Durham, though individual team members can always choose which hospital they want their individual goals to go toward.

The other veteran that inspired me was Achievement Hunter's Jack Patillo. Jack, his wife, and his colleagues at Rooster Teeth put a lot of effort into planning and putting on Rooster Teeth's annual Extra Life 24-hour broadcast. Rooster Teeth has raised millions for Extra Life over the years, which has been a major factor in expanding services provided at Dell Children's Medical Center in Austin, Texas. Rooster Teeth's community comes together to support that effort each year, and I knew the Retro Replay community would want to do the same.

The team was amazing! There was a great energy and dedication from everyone throughout the day.

On Game Day in 2020, our Retro Replayers team included an international crew: Aaron Bissonette, Amelia Brown, Brandy Brown, Ian Halliday, Maria Kinnun, Jen Miller, and the esteemed hosts of the Replayer Podcast, Pagan McGrath and Dan Morris. Andrew Lucy, who held his own charity stream in October for the Sudden Cardiac Arrest Foundation, also joined some of the group play on Game Day. And in the weeks following Game Day, Ashkan Abousaeedi and Candace Bissonette held their own charity streams to raise money toward the team's goal. 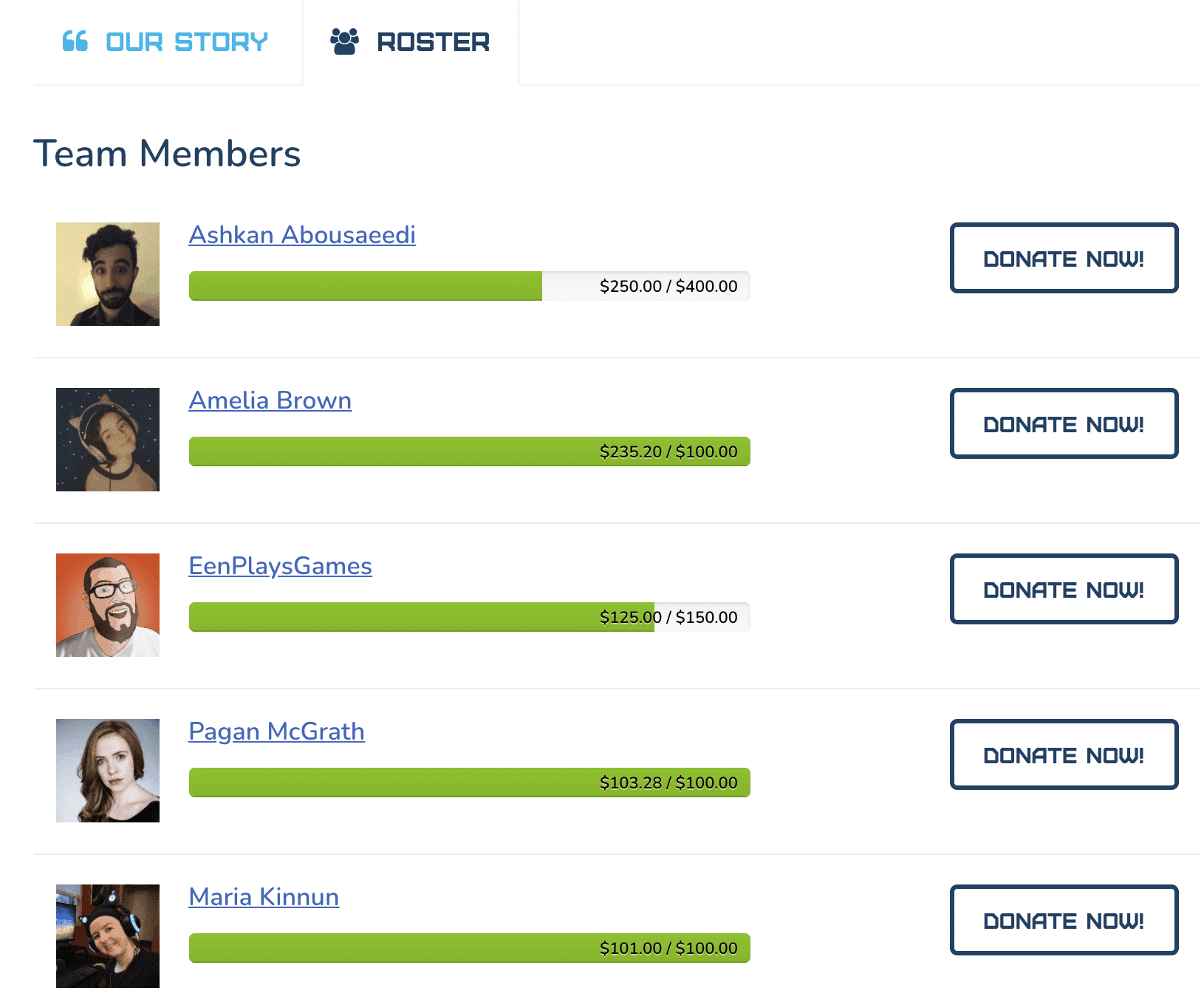 The Roster on the team page shows our individual goals, which contribute to the team total.

For Game Day itself, we started with a 15-hour schedule on the Twitch streaming platform. There was a main schedule of events viewable from our team's 2020 Extra Life team page (at extra-life.org) throughout the day. That main schedule kicked off with a block of Apex Legends, followed by Uncharted multiplayer. Then, after a few rounds of Fall Guys, a big group joined in to play Among Us. The energy continued into a fun romp in Sea of Thieves and a spooky ghost hunt in Phasmophobia. The day wrapped up with fun adventures in ARK: Survival Evolved that kept going even beyond our original end time.

Each main event was streamed by one or more of the participants and involved two or more members of the Extra Life team. Some members, including Jen and Ian (a charity stream veteran), streamed solo and continued raising money even when they weren't in one of the main events. 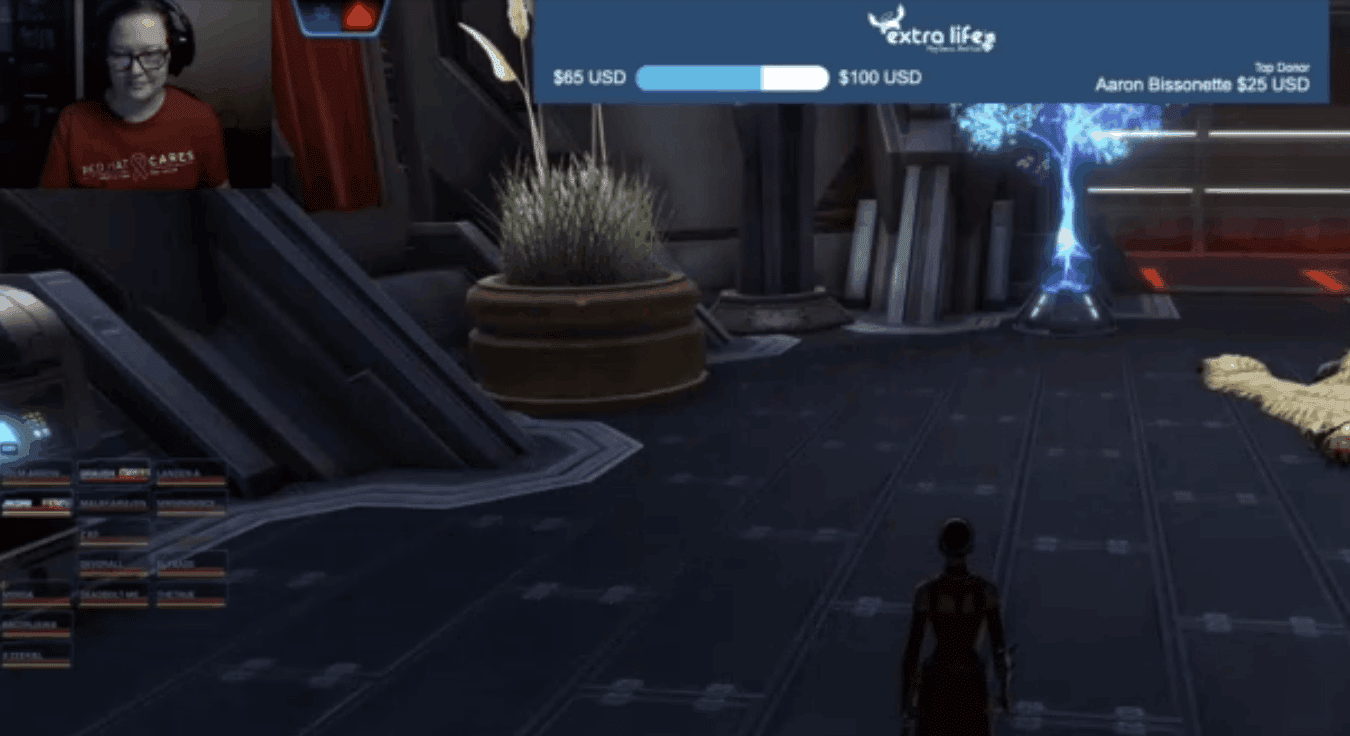 The Extra Life provides free tools for streamers like donation trackers that update in real time as donations come in.

The team was amazing! There was a great energy and dedication from everyone throughout the day. The events were packed with fun, and we all took the occasional technical difficulties in stride.

By the end of Game Day, we had raised over $900 (US) for the kids. When 2020 ended, we had raised $1100. Overall, Extra Lifers have surpassed $16M in 2020. Even in a time where so many of us are finding it difficult to make our own ends meet, it's incredible to see so many people give what they can to this important cause.

On a final note, I want to express my tremendous gratitude to the team for bringing their best on Game Day and beyond, and for being passionate about helping the kids and reaching our goals. To those that donated, I can't thank you enough for giving what you can to help the kids this year.

In 2021, I hope even more Replayers will join the team and we can get started earlier in the year working toward our team goal. If you're a Replayer, and you love gaming, streaming games (on any platform), and helping charities like this, we encourage you to sign up at our 2021 team page so you're ready for when we get started in 2021.

Are you passionate about charity events? Do you do charity gaming or streaming? Leave a comment about what you're involved in so we can recognize our generous Replayers across the community! 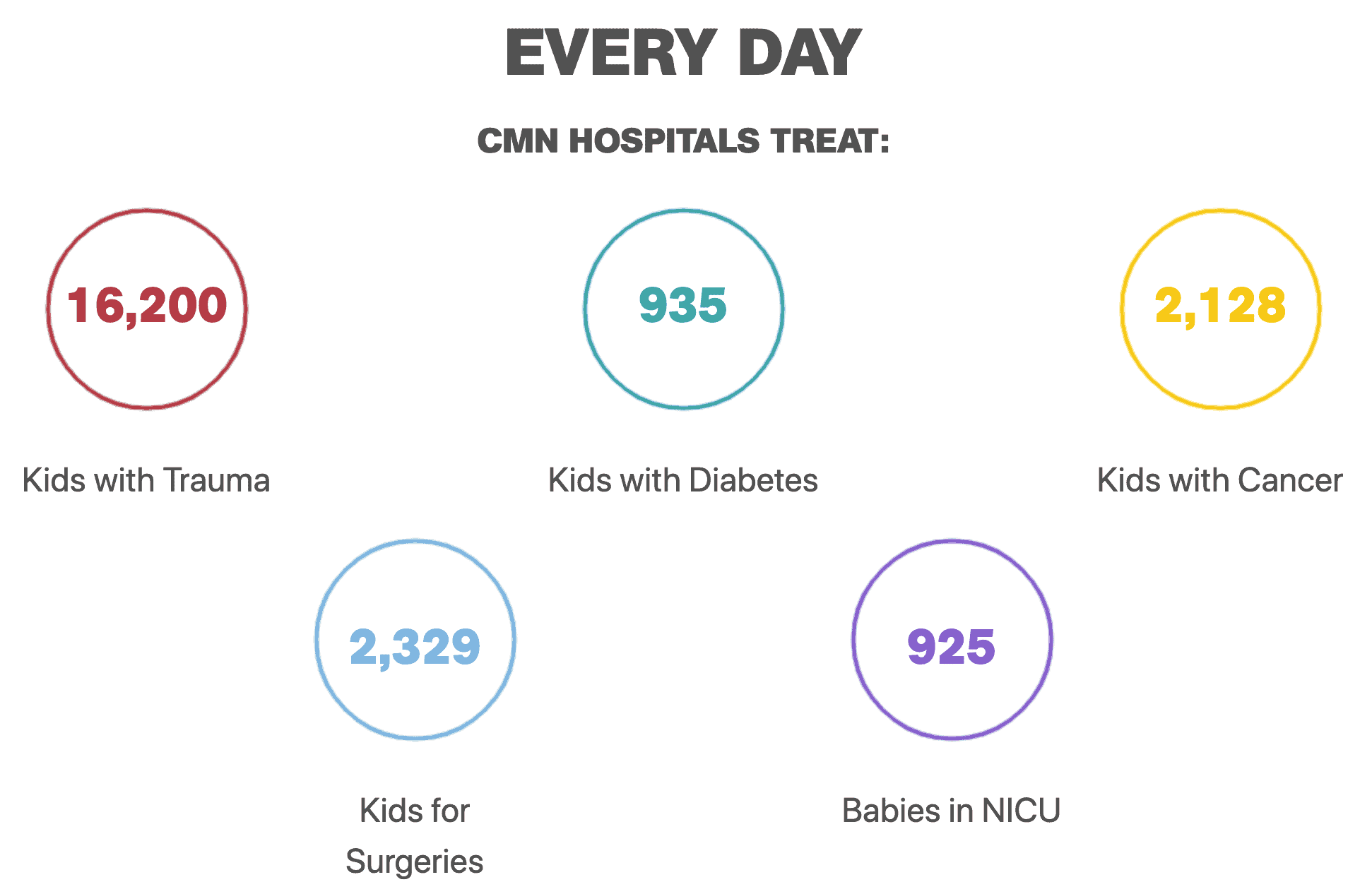 See the About page at the CMN website for the latest numbers. 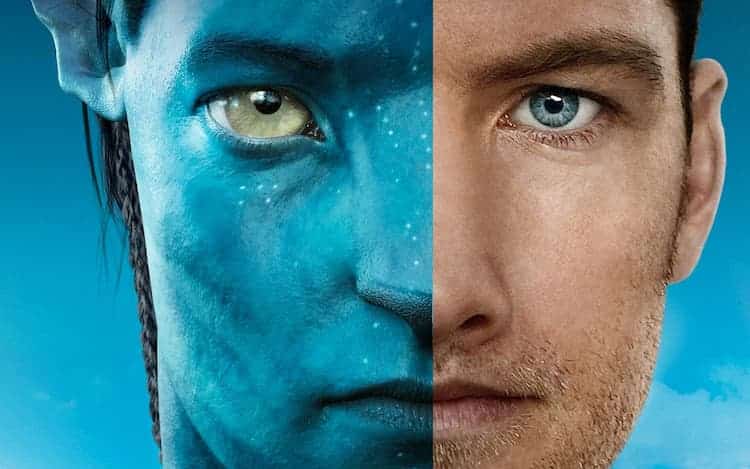 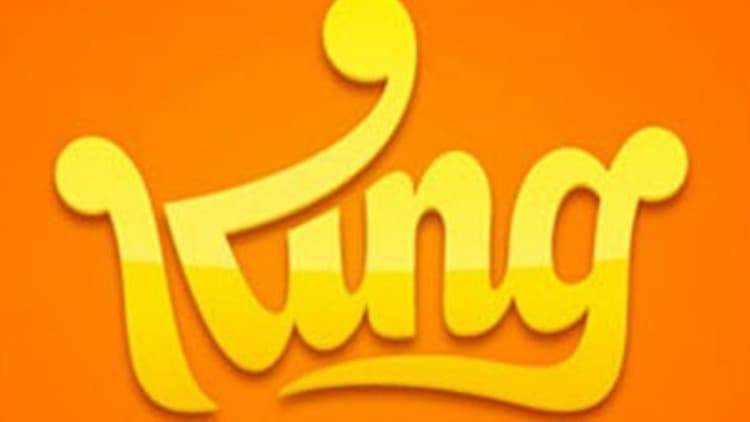 Grounded from Obsidian Entertainment is giving gamers bug-sized adventure scapes for a small group of friends to survive together. Kim shares her experiences with the pre-release version.
by Kim Payne | April 15, 2022 | GamesReviews