What would it be like to have an extensive gaming experience that spanned forty years? What kind of evolution would be experienced over the course of an entire generation?

I had the honor of talking with two of our Replayers who have been gaming in one fashion or another for around forty years. I started gaming from a very early age, but I was very curious about what these ladies’ experiences were, considering they had more background knowledge of the earlier systems and have played significantly more video games than I have.

They have seen and experienced the evolution of the online collective community of video game players. What kind of environment did those first communities foster, and how have they since changed?

Let’s start with a little history from them to see how things have changed from the early days:

How did you become a gamer and was there a specific influence that led you down this path? 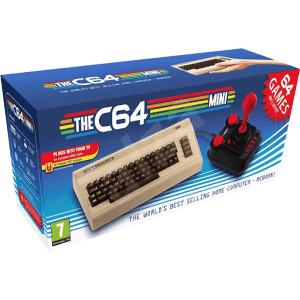 The Commodore 64 was introduced in August 1982.

Charlotte: My father bought a floppy drive for our Commodore 64. Dad liked some games, but he really didn’t lead me to them. It’s more that he introduced them.

Stephanie: I was about 7 or 8 when Pac-Man, Galaga, and other early arcade games started appearing in local restaurants. My parents bought us portable Pac-Man and Donkey Kong games to play at home. It started as something to do at restaurants while my family was waiting for a table or socializing after eating. Later, I started asking if I could ride my bike to the arcade and play. Friends and cousins had PCs with games and Atari 2600 consoles, and I'd try to visit them so I could play there too. Back home, though, my parents didn't buy anything until I was around 15, and it was a Nintendo NES for my brother. I played it a lot, but it always meant having to hang out in my brother's room. 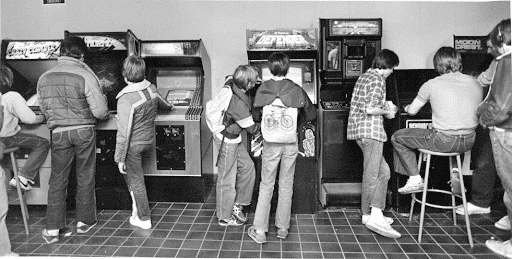 What are some of your favorite games you grew up with and why? What kind of gamer are you? Do you like challenges, is it more for the social aspect, do you prefer games that are puzzles or have a relaxing element to it? Has that preference evolved over time?

Charlotte: Some of the games I grew up playing were Police Quest, Doom (1993) specifically, and Twisted Metal. At-home gaming was just coming in when I was a kid. I would say I am an eclectic gamer. I love the social aspect of video games. RPG’s are grand (Ultima Online & SWTOR). Puzzles are my favorite. Uncharted, the entire series is my absolute favorite. I think my preference has evolved as games have advanced.

Stephanie: Pac-Man and Donkey Kong were always favorites, and I got a lot of Super Mario Brothers playtime. I fell in love with The Legend of Zelda on my brother's NES. He got the Nintendo Power magazine for a while, so I would dive into the guides for specific games so I could get past the sticking points that made me rage quit. 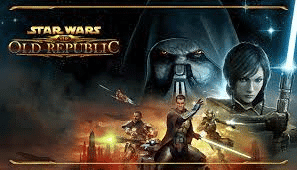 I like a combination of puzzles and story-driven missions, and I usually play on story or normal modes. A story will keep me playing if I was really compelled by it or if there are different options for playing the story on repeated runs. Thus, RPGs are often a big draw. I also love achievement hunting and team challenges when I can play with other people. I love going back to play games like Destiny and Star Wars: The Old Republic.

Throughout the years have you noticed a shift in women gamers? What’s been your personal experience with this?

Charlotte:  For sure. Growing up, my generation's games were marketed to boys. Girls who played them were weird. Thanks go to the younger generation of gamers and streamers who have really helped try to normalize us. I remember so many times in UO (Ultima Online) other players not believing that I was a woman. “Women don’t play games” or “Women don’t know how to do RPG’s.” I was judged a lot by other girls as a teen because I would go home and throw on Doom, instead of reading Cosmo and learning the new makeup tips. Now it’s so nice that thanks to Retro Replay, I have this fantastic group of female gamers around me.

Stephanie: When video games first came out in the late 70s and early 80s, toy stores had no idea where they should put them. At the time, stores segregated toys by target gender (boy and girl). They chose to put them in the boy section and market them to boys. Many girls like me have felt the results of that marketing decision for three decades. Even today, people assume I'm a "he" in online games, even if I'm playing a female character. Fortunately, girls are really starting to come into their own now in ALL KINDS of games, and gaming communities are starting to outright reject people who discriminate against female gamers. I'm all for that, and it's great to see more females proudly calling themselves a gamer without feeling like they have to qualify or distinguish their gender.

Have there been any specific female leads in games over the years that have inspired or motivated you? How did they do so? 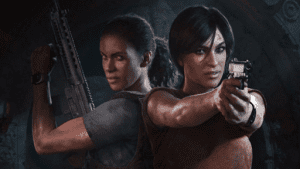 Charlotte:  Lara Croft was a big one. Tough, strong female character. This has now grown to include Elena, Chloe, and Nadine. They don’t need to be “rescued”. They hold their own.

Stephanie: I admit I've mostly played games in which the lead was male just because I found the story intriguing. That said, I love how Star Wars: The Old Republic wrote the female versions of each character class to be equal to their male counterparts in the main plots of the story.

Do you feel that women have been underrepresented as leads in games throughout the years? Have you noticed a shift in recent years? Expand on this.

Charlotte: For Sure. They’ve been insanely underrepresented AND over-sexualized when they are in a game. Yes.

Stephanie: We've absolutely been underrepresented as leads. There has been an effort in recent years to have a female alternative lead in games, but most of the marketing and labels use the male lead. I suppose that's because of their demographic, with males still being the majority of gamers in certain game categories. I appreciate the move that RPG games have made to ensure that the female characters had just as compelling of a story as their male counterparts. And the game stories are also bringing in a lot of diversity.

Some of us are streamers:

What’s been your experience with becoming a streamer?

Charlotte: It’s been fun. I recently became a Twitch affiliate. I have my first subscriber (Thanks Adam!) People have been very welcoming and supportive. 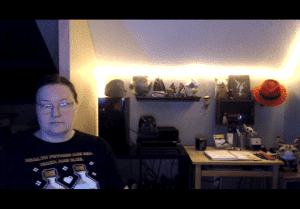 Stephanie: It's a fun hobby, and it's given me an excuse to improve my gaming setup at home. It also helps me accept that I'm not perfect (I can't just edit out the rough spots) and that's okay. My streaming schedule has been incredibly limited since 2021 started, though, as I now spend most of my hobby hours editing articles for a website or producing a podcast.

Charlotte: I love seeing my friends interacting in my chat. I hate seeing a new name and hitting that second of panic of….are you here to troll or are you here cause I’m playing a game you like? Luckily, I’ve only had to deal with a couple of bots. So I’ll claim a win, so far.

Stephanie: My favorite part of streaming is seeing people who come in regularly, people who have been supporting me and the channel from the start. I love that I can talk to them while I'm playing or cooking or whatever I'm streaming that day. That social part is even better when I can stream with friends, too.

What is one of your favorite achievements in your personal gaming history you’ve accomplished? A game you’ve beaten, an achievement reached or a charity stream goal achieved?

Charlotte’s family resulted from her playing an online game and meeting her Prince Charming. Now she is living her “Happily Ever After.”

Stephanie: My favorite "old school" achievement is finishing The Legend of Zelda on NES. I've even replayed the game multiple times in the years since when I could find it. My favorite current achievement is hosting an Extra Life team and charity stream. We raised almost $1500 for children's hospitals and the whole team brought so much energy, enthusiasm, and support for each other. It was a joy to be able to host, and I hope we can do it again in 2021!

Charity Streams are a great way to pursue your hobby and give back to a great cause!

Video games have evolved significantly in the last few years in regards to diversity and strong female leads. What more would you like to see from the industry in the future?

Charlotte: Would love to see even more diversity, gender, and race. I would also like to see schools promote the E arts to female students. It’s sad how much more the boys are pushed to them. I feel like if girls had new opportunities in jobs available they would go for more of those classes.

Stephanie: We've already come a long way with female leads and gay representation. I'd like to see more story writers and game producers take that to the next level by having characters who are bisexual, polyamorous, transgender, transvestite, and non-binary. I'd especially like stories to not assume every romance is going to be hetero or monogamous.

I had a lot of fun discussing these questions in further detail in a Zoom chat with six of us female Replayers.

I learned a lot from Charlotte and Stephanie. From the early days of gaming to our current era it seems we have come a long way already in a short period of time. There have already been great strides in diversifying stories and gameplay. In recent years we have seen a significant influx of strong female leads giving us women gamers someone to finally relate to. You can look at a past interview of female replayers here.

Thank you again Charlotte and Stephanie for chatting with me and sharing your experience with the rest of us.

Check out their socials!

What other kinds of diversified roles would you like to see in video games?