It's crazy to think how the internet has evolved throughout the years. It has gone from searching and sharing information to being able to stream TV and movies. In today's era, Google took the leap on being able to stream video games straight from your TV, computer, tablet, or even our phones! Google Stadia has gotten that ball rolling even while Amazon Luna and Xbox Cloud Gaming subscription services are still testing. 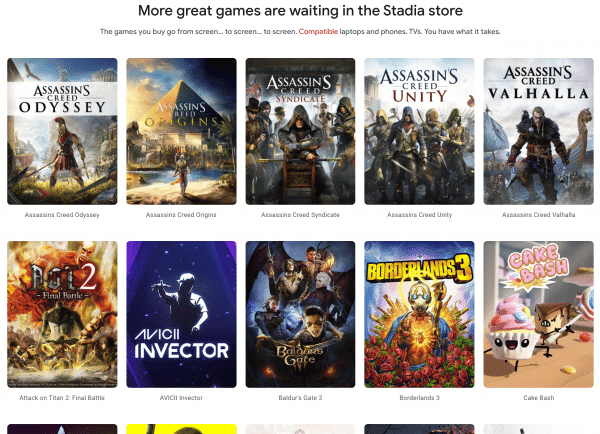 Screen capture from scrolling through the Stadia game library.

Before we can move on, we have to address the big elephant in the room. Yes, Google has shut down their internal game studios that were planning to release first-party games for the Stadia. No, that doesn't mean that Stadia is going to a dark corner and die. Even though it's a huge blow to some gamers that are getting invested with their system (like me), Google still plans to work with other game publishers and developers to try and port their games to Stadia, including games like Madden NFL, Outriders, and the recently announced Resident Evil Village!

Now I'm not a huge specs guy, but a cloud-based Stadia server in a datacenter contains a custom x86 processor running at 2.7 GHz, 16GB of RAM, and a custom AMD GPU that can run at 10.7 teraFLOPS. In layman's terms, it's a beast. The main idea when the Stadia first came out back in 2019 was to be a stronger and faster console than the Xbox One X and PlayStation 4 Pro while trying to perform close to the PC power of 4K gaming. However, with the transitional phase of the next-gen PlayStation and Xbox, Stadia is still playing catch-up to get its name out there and let gamers know that the Stadia library is growing every month. Currently, the Stadia has AAA title games like Doom Eternal, Final Fantasy 15, and Resident Evil 7.

The growing map of data centers serving Google Stadia's infrastructure as of May 2021.

For gamers who are new to the platform, Stadia has different ways to get set up that make it easy. You can just go to stadia.google.com, set up an account to buy a game from their library, and start playing. From there, you can use any Bluetooth controller, including a PS4, Xbox, or a generic controller that will work on any PC, tablet, or smartphone. For example, I have run Destiny 2 on my laptop and smartphone wirelessly with no issues. 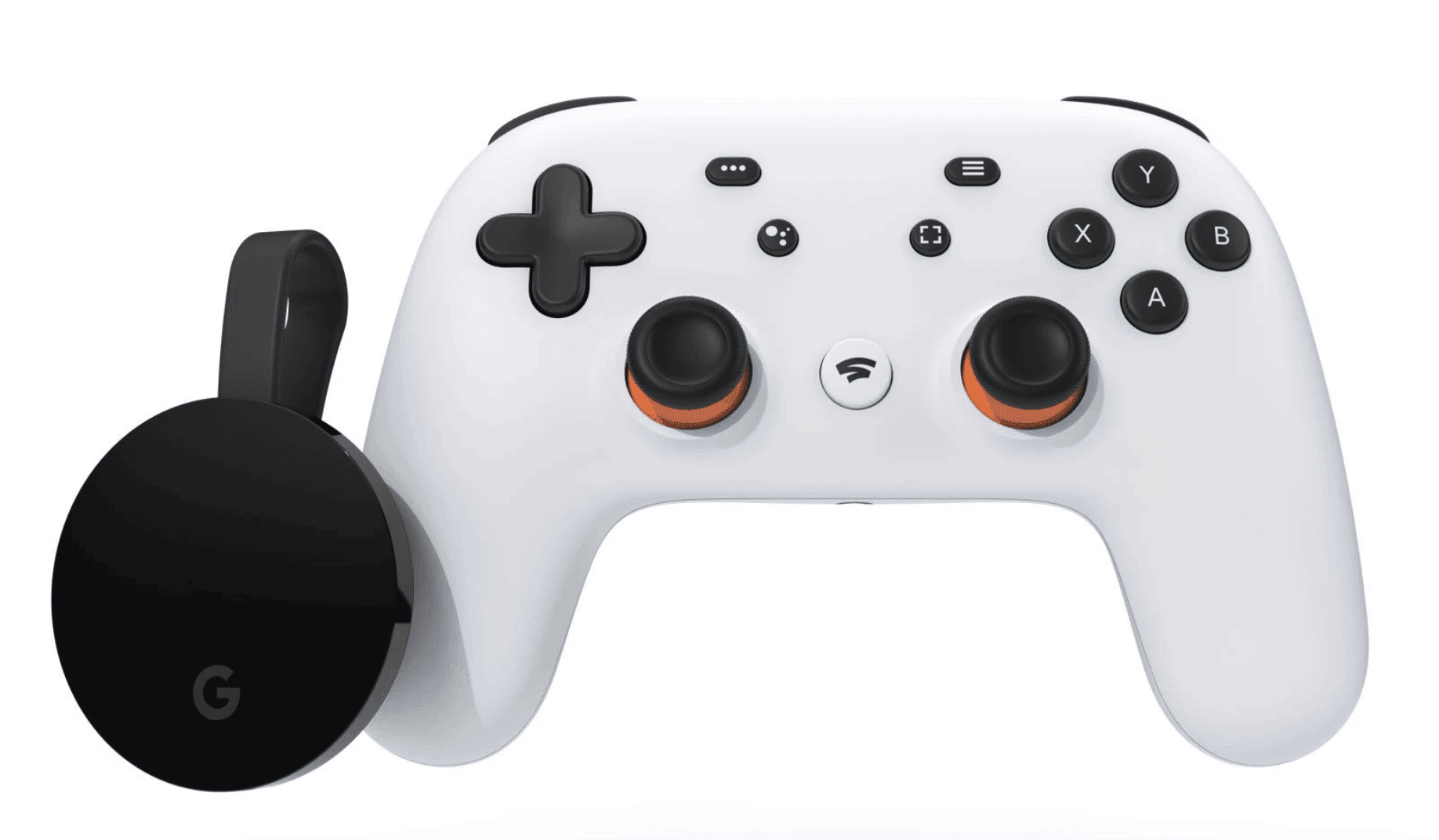 If you decide to try out that official Stadia controller, it may feel odd for an hour or so when trying to play a game. The best way I can describe the controller is that they decided to fuse the Xbox controller size with the PS4 button and analog sticks layout.

Everyone: once in a while Google does an insane promotion where you can get the kits for free! One of the previous promotions was if you were a YouTube Premium member for 3 months, you were eligible (that's how I got mine). The highly anticipated Cyberpunk 2077 release had the same type of promotion: if you preorder the game, you would get the kit for free. Stadia is also doing that same exact promotion for Resident Evil 8, too, from now to May 21, 2021 while supplies last. 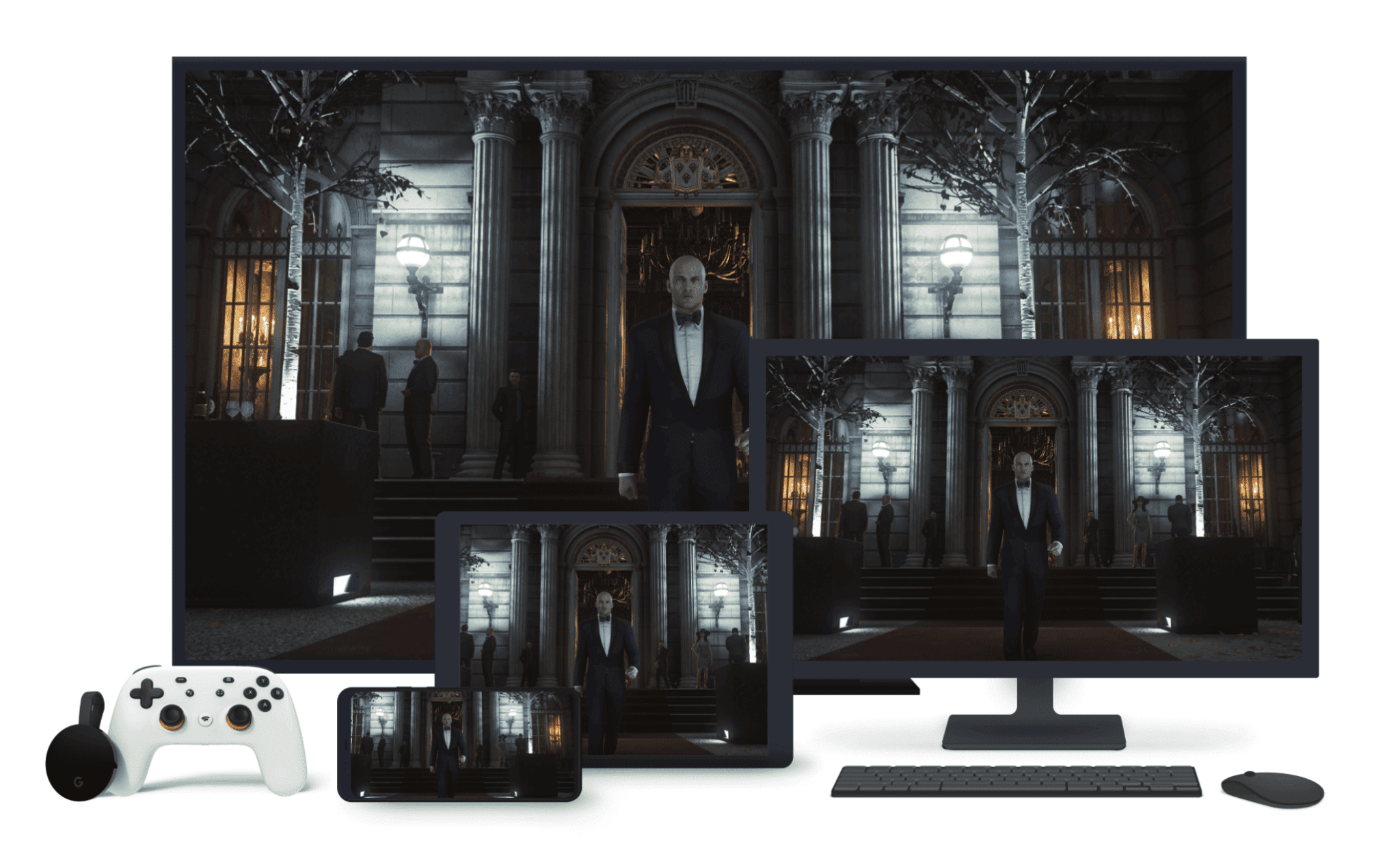 Let's get down to the technical nitty gritty for you, the gamer. With Stadia being a cloud-based system, what sort of internet requirement do you need to at least play your games? At minimum you would need a bitrate of 10 megabits per second (Mbps) to play games at 720p quality, and 25 Mbps for 1080p. Wait, can't the Stadia stream games on 4K? The answer is yes, but there are 2 requirements to get 4K: (1) an internet speed of at least 35 Mbps and (2) an active Stadia Pro membership.

Hold up, what's Stadia Pro? The membership is actually very similar to the PlayStation Now and Xbox Game Pass memberships. It runs $10 dollars per month and includes monthly free games and discounts on some other games that are in their library. Keep in mind that there is a downside: if you discontinue the Stadia Pro membership, you lose all the free games you gained previous months.

I've laid out the general info about Stadia, but let me give you a bit of my personal take after using the console for a while.

When I first heard about Stadia, I thought it was a neat idea to have a cloud-based system. However, I knew the internet speed was going to be an issue for a lot of rural areas that do not have high speeds. I took the chance of getting Stadia based on the YouTube Premium promotion that I mentioned earlier, and I thought to myself I would only lose $10 to the Stadia Pro membership if the system became a bust for me.

It only took about 10 minutes for me to set the Chromecast Ultra up to my TV and hook up the controller wirelessly. Now, keep in mind that I did a physical Ethernet cable setup between the Chromecast Ultra and my Google router (you can use any router) to ensure I have the fastest speed possible. I booted up Destiny 2 (the base game is free now) and was surprised to see how fast the load time was for me. I was also impressed with the crisp framerate and 4K graphics that were holding up over 2 hours of gameplay. The only hiccups I ran into were slight blurry visuals from a slight hiccup on my internet connection, which only lasted a few seconds. 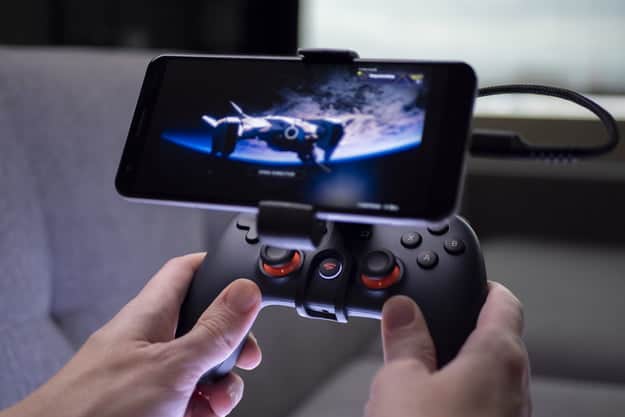 Playing Stadia games on a smartphone that's hooked up to a controller.

I know what you're thinking, though: I was using that wired connection. What about going wireless?

I waited a few days to try out the wireless internet connection. Why did I wait? Stadia finally rolled out a convenient feature where you can automatically stream your game to YouTube with a few clicks. This works like the built-in features on the PS4 or Xbox for streaming to Twitch or YouTube. I actually had one of my friends watch the live stream that was at 1080p and 60 frames per second (fps). I played for an hour looking like an idiot trying to solve a puzzle in Destiny 2. Everything had a strong connection, and I did not experience any latency commands on my controller either. Take a look at the video below to see some gameplay footage I captured and put together.

Now is your chance to win a free Google Stadia! See the info below on how to enter. A winner will be picked randomly after the end of May. Contest eligible in the US.