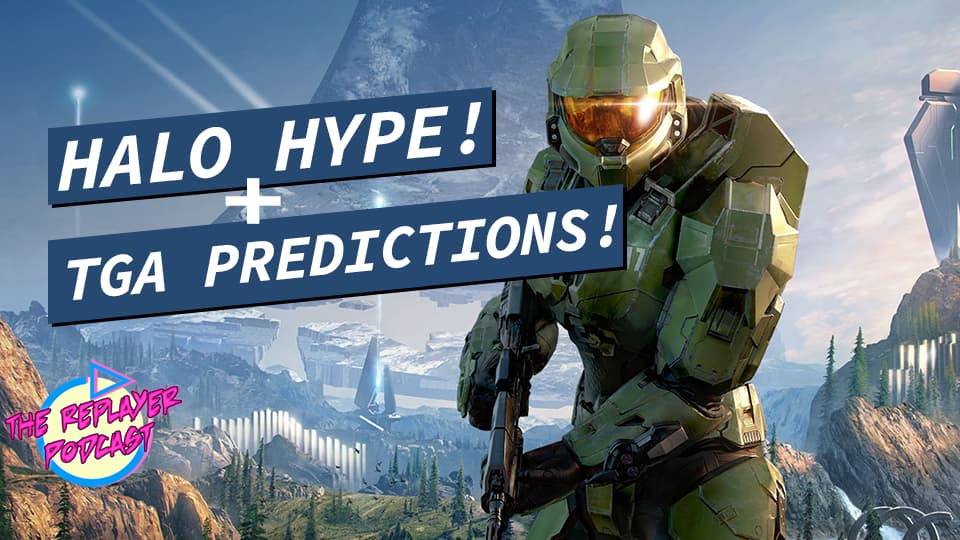 Pat returns to the podcast to get hyped for Halo Infinite and discuss what we are loving about the early released multiplayer so far. Then we discuss the upcoming Game Awards and the nominations as well as our predictions and hopes to see.

Please join us @ The Replayer Podcast on YouTube to watch a special Live breakdown of the Game Awards and discuss the winners and any surprise announcements!

Halo Infinite may have been delayed for over a year, but it is finally here and you know what, it’s pretty dang amazing. I am playing Big Team Battle as I am writing this. It has been yet another crazy year with a global pandemic making life weird and kinda awesome as it’s been a revolution for video games. Gaming has exploded in the past year, which is part of why it’s so darn hard to find new consoles and chip shortages are real people.

It has caused so crazy changes to game development too, but we got some great games this year anyway. I personally have enjoyed most nominations for Game of the Year on the Game Awards list, except Deathloop. Haven’t gotten to that one yet, but I look forward to it.

Thank you all who have supported us and listened to our crazy tangents this year.

It’s been an odd year. Since Covid Delays have caused a lot of video games to be postponed, some of the games that may have been the clear front runner for award season have been pushed to 2022. However, this year did turn out some amazing games and I am interested to see what game sweeps the awards at The Game Awards show this December! I’m interested to see how Deathloop performs, given that it was one of the most highly anticipated games this year (even by myself and I didn’t even get a chance to play it yet).

Honestly, for me, I loved Resident Evil Village. I think that game was so great…(maybe I’m biased because it was my second ever Resident Evil game to play and I’m just super proud that I played it… listen, we all know I’m a lil bitch baby when it comes to horror so playing this game right through was an achievement for sure! )

Are you playing Halo Infinite? Do you watch the Game Awards?