Obi-Wan Kenobi series just finished its six-episode highly-anticipated run on Disney+ with an intense and emotional lightsaber battle between a master Jedi and his padawan turned slayer of children, Darth Vader. Unfortunately, the series also provided some really problematic choices by our characters to make sure they ended up in a place that fits conically with Star Wars: A New Hope. Fans, like myself, probably had some unrealistic expectations for this series that brought back Ewan McGregor to play Kenobi (who arguably was probably the best character other than Palpatine in the prequel films). We all dreamed of what a rematch would be like between Kenobi and Vader that wasn't filmed in 1977. Vader, who at this point in time has had 10+ years under Palpatine learning the ways of the Darkside of the force versus Kenobi who some fans consider the wisest and greatest Jedi Master next to Yoda. The pieces are there for the first prestige Star Wars TV series. A series that would put Star Wars back in the same conversation as shows like Breaking Bad, Mad Men, or Battlestar Galactica. It seems like Disney's writers had other plans and we have yet another good but not great Star Wars show. Let's take a closer at some of the bad character decisions that dragged the series down and ultimately made Obi-wan liable for lots of suffering in a galaxy far away.

Obi-Wan's to blame for lots of death

Let's call out the big one right away. Obi-Wan in the finale after a pretty thrilling lightsaber fight has Vader beaten. Vader doesn't seem keen on being redeemed (because we know only Luke can do that), instead, he's all rage and says "I will destroy you!" igniting his lightsaber willing to continue the fight and probably die. Kenobi, in his Kenobi-like way, says "goodbye Darth." and just walks away leaving Vader to live to continue to terrorize the galaxy and probably murder many more Jedi and innocent people. There's really no good reason why Kenobi should let Vader live other than "well, he has to because future plot from the movies". Obi-wan has seen what Vader is capable of in an earlier episode where he literally drags innocent people out of their homes and force chokes them to death. Let's not forget to mention that Obi-wan is fully aware that Anakin killed all those children in the Jedi Temple. Darth Vader is a sith and Jedi kill sith. "But...but...Kenobi loved Anakin like a brother he couldn't kill him!" some of you are screaming at me right now. Let me remind you all that Kenobi literally cut off Anakin's legs and arm and left him to burn to death by lava in Revenge of the Sith. Not a very brotherly thing to do. Why not have some moment happen where Vader gets buried under rocks and Obi-wan thinks he's dead and leaves. By just walking away and letting Vader live, Kenobi is liable for everything Darth Vader has done post this moment. That's a lot of blood on Kenobi's hands.

Handing Haja (Kumail Nanjiani) a data recorder with information about the importance of Leia and Luke and their location. Is there not a delete message button? It was a bonehead move and felt like a lazy way to get Reva to Tatooine.

Leaving Leia and Tala in the tunnels to go fight Vader. It's not like Vader or anyone was on to them yet. Instead of hanging around to watch Vader kill a bunch of people that Kenobi didn't do anything to prevent anyways they could've all been halfway to the shuttle and off planet. Instead Kenobi gets the shit beat out of him by Vader and Leia gets kidnapped. Dumbass.

Not even attempting to use the force to mind trick the Storm Troopers at the checkpoint to let them go. A simple "you don't need to see our credentials...let us pass" would've prevented a lot of issues moving forward. Also would've been a nice call back to A New Hope.

Reva Had her shot and blew it

Reva and Obi-wan actually had a decent plan to distract Vader so Reva could kill him. But like all badly written scenes of course Reva waits till Vader is done focusing all his energy using his force pull to bring the rebel ship back down before attempting to strike him down. He rolled a 20 and force blocks that lazy swing of her's and it's all over for her. Everyone knows you strike when they least expect it.

Reva and Vader have the same problem killing Inquisitors

I guess impaling someone with a lightsaber doesn't mean you die anymore in Star Wars. Can someone check on Qui gon? He might have survived that stab to the gut by Darth Maul after all based on the rules in this series. Both the Grand Inquisitor and Reva take what should be fatal lightsaber impalings in the gut/chest but yet both seem to carry on. The Grand Inquisitor chalks it up to using revenge as a motivation to stay alive after Reva surprise impaled him in episode 2. I guess Reva did the same thing after that plot point was given to her verbally by the Grand Inquisitor in front of Vader. That's akin to when the villain describes his evil plan to the good guy right before he's about to kill him but uses that knowledge to escape and win the day. Vader should've known better and decapitated her like Count Dooku. Why let your enemies live...twice. Oh yeah, so we can get the spin-off Reva show!

Also on a side note - how the hell did Reva get off that planet and to Tatooine so fast. Vader basically left her there to die. I doubt the Empire left a ship for her to in the off chance she lives and the only other ship in the hanger was the one Vader ripped apart. Did she call a galactic uber?

What did you all think of Kenobi? Did any of the character decisions bother you? Did the show make you love Obi-wan as a character more or less? Will you be rooting for the sequel to happen? Let me know in the comments. 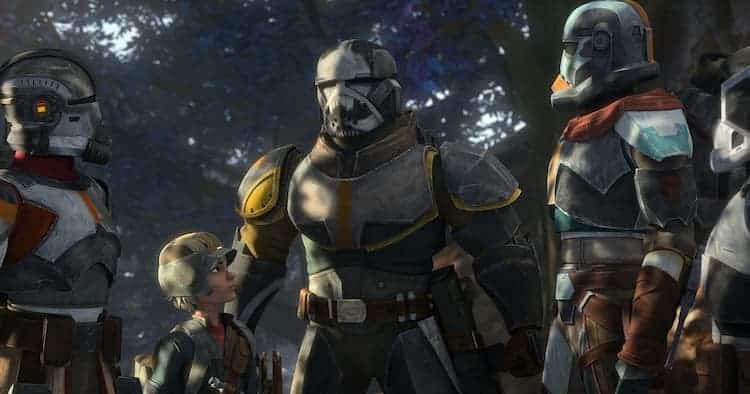 Obi-Wan confronts his former pupil, Darth Vader, in a stunning duel of the fates. Will Obi-Wan be strong enough to hold off the Sith Lord during ‘The Path’s’ most desperate hour? Will Darth Vader give Obi-Wan closure on a matter that’s been tormenting the Jedi Master for over a decade? Or will the emotional wounds from this new battle need further time to heal? Check out how this series concludes to set the stage for the Original Trilogy.
by Candace Bissonette | October 29, 2022 | Star WarsTelevision series