"With great power, there must also come great responsibility." This is perhaps the most iconic and recognizable comic book phrase (next to "I'm Batman," of course), and it belongs to none other than the world's greatest superhero, The Amazing Spider-Man! Dating all the way back to his first appearance in 1962, the webhead has swung himself into the lives of millions of children and adults alike, inspiring so many to view him as a role model and to dream of becoming a hero in some shape or form, including myself. So the question I want to answer here is, "What makes him a hero and a role model in my eyes?"

Growing up, something that I found very relatable about Spider-Man was that behind the mask he was just your average guy that always went unnoticed. I was never the popular kid throughout school over the years, nor did I really seem to fit in. I was picked on, I was very shy and I spent most of my time keeping to myself, only having a select few people to call friends. Looking at Spider-Man's alter ego Peter Parker, it was unbelievable to see this guy who nobody really took a second glance at and yet is able to go on to juggle fighting crime and helping others while somehow always choosing to do the right thing. Spider-Man made me confident that anyone, no matter how big or small, can make a difference in this world. 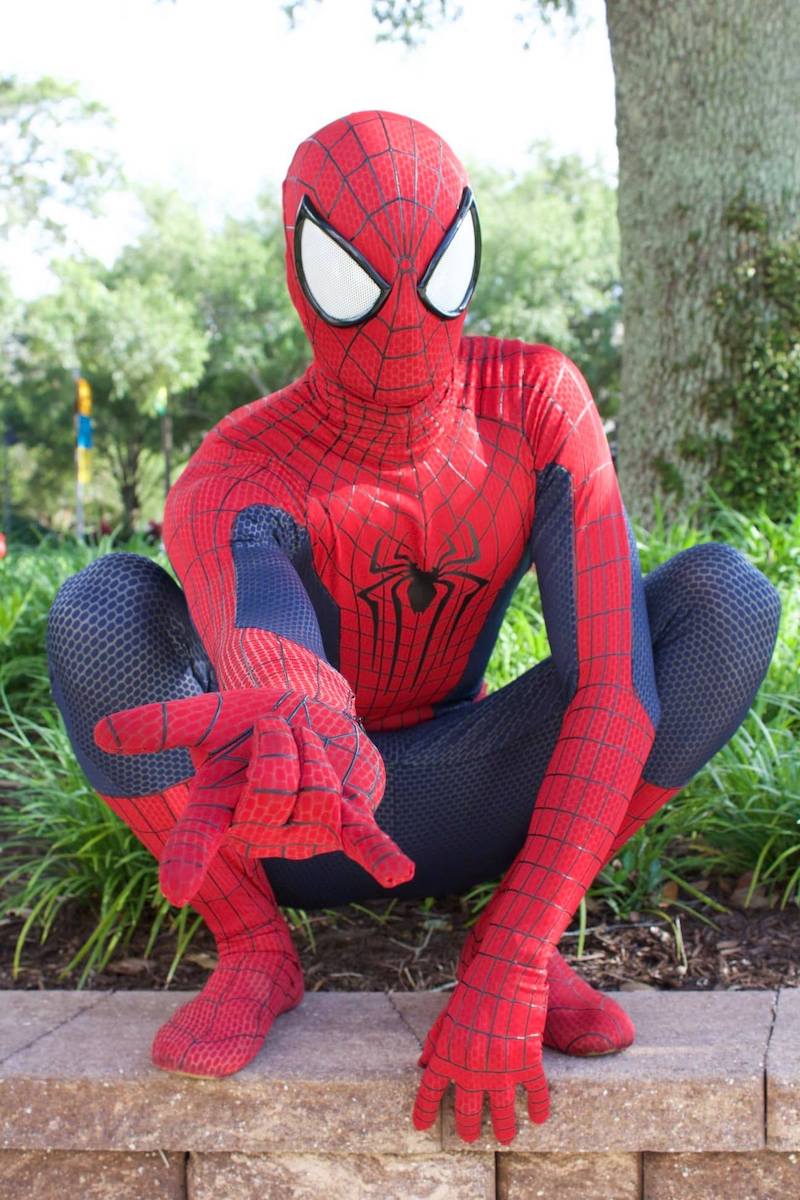 As a hero, Spider-Man has also taught me time and time again to never give up. On so many different occasions, we have seen him outnumbered and outmatched, where all hope looks to be lost. But he always finds a way to rise above any obstacle in his path. When the odds are stacked against him, he has hope and a never-say-die attitude. This was something that has helped me in life, whether it's struggles I've had in my personal life or pushing to do one more set in the gym after I've given it my all. I've adopted the mindset to never surrender to doubt. Instead, I push myself to newer and higher limits so that I can achieve a better version of myself.

As a role model, Spider-Man's attitude and morals have had a big influence on the person I am today. I'm not sure how many times that I've seen Spider-Man put others' needs above himself. He always seems to do the right thing, even though he knows he will get the short end of the stick in the end. Following that example, I do my best to always be kind and respectful to others and to also lend a hand to anyone that may need my help, no matter what the issue may be. Yes, there have been multiple times where my generosity has been taken advantage of and times where I'm the one who is left hurt in the end. Fortunately for me, I always am left with a feeling of accomplishment knowing that I have made a difference in somebody's life for the better and that I'm able to put some good into this world. 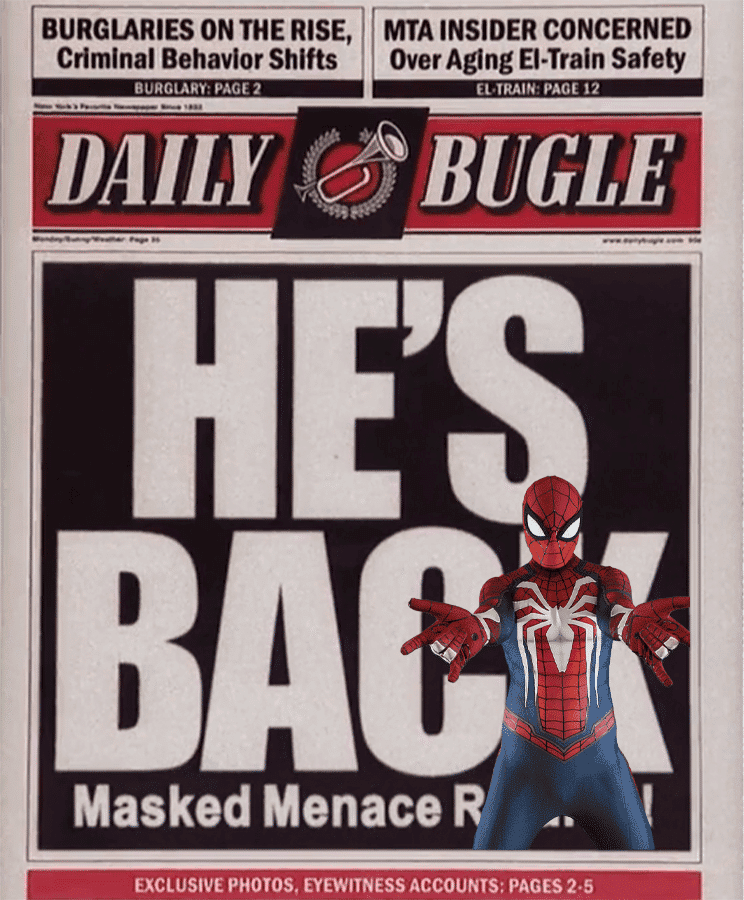 One of the wall-crawler's traits that stands out to me most is how humble he is. He puts his life on the line for others time after time and will go to the ends of the earth to fight for what he believes in. And not once does he ever ask for anything in return. After everything he does to protect New York and all those that inhabit it, there are still people who despise him and will never respect him. He could easily turn a blind eye the next time someone like J. Jonah Jameson's life may be in danger. But his sense of responsibility keeps him in check, driving him to save all those in need of help, even if it includes his enemies.

When it comes down to it, Spider-Man gives me hope. I believe that the reason the character has stayed so popular and relevant throughout the years is that we all can find something in him to relate to. We all struggle from time to time. Some of us have relationship issues, some struggle financially, and there are some who even struggle to fit in among others. But it's how we choose to handle those struggles that make us who we are. We must choose to be greater than what we suffer. For me, I know that without Spider-Man, I would not have grown to be the man I am today. Yes, he may be a make-believe superhero, but you cannot deny that if we all shared his morals and sense of responsibility the world would be a much better place.

As long as Spider-Man continues to be represented in the form of comics, TV, movies, video games, and so on, there will always be children and adults around the world that will look up to him and feel encouraged to be a hero of their own. I hope that one day I can pass on my knowledge and love for Spider-Man to my daughter (named Parker, wink wink) so that she may find something to take away from the character and carry with her throughout life, inspiring and motivating her in all that she does. 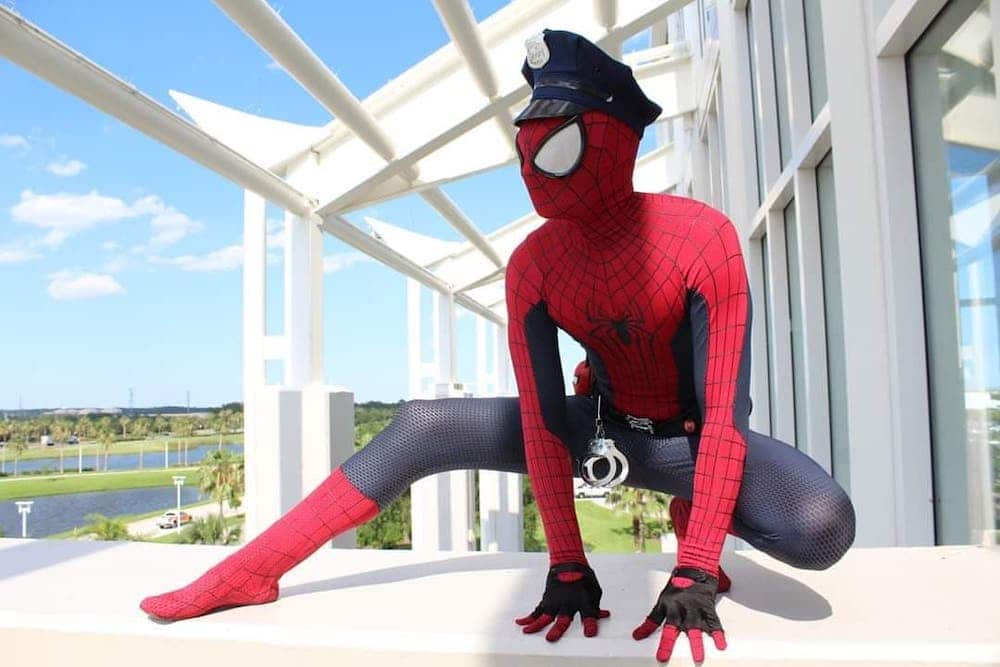 Everything that Spider-Man brings to the table—the responsibility, the humbleness, the never-say-die attitude, doing the right thing—are all qualities that each one of us can (or already do) possess. So I believe that any one of us can be a hero. I've come to the conclusion that Aunt May said it best in Sam Raimi's Spider-Man 2:

"I believe there's a hero in all of us that keeps us honest, gives us strength, makes us noble, and finally allows us to die with pride, even though sometimes we have to be steady and give up the thing we want the most. Even our dreams."

Who have been your role models throughout life? Was it a superhero like Spider-Man, Captain America, Wonder Woman? Or was it a parental figure such as Mom or Dad? Swing on down to the comments below and let me hear your stories!