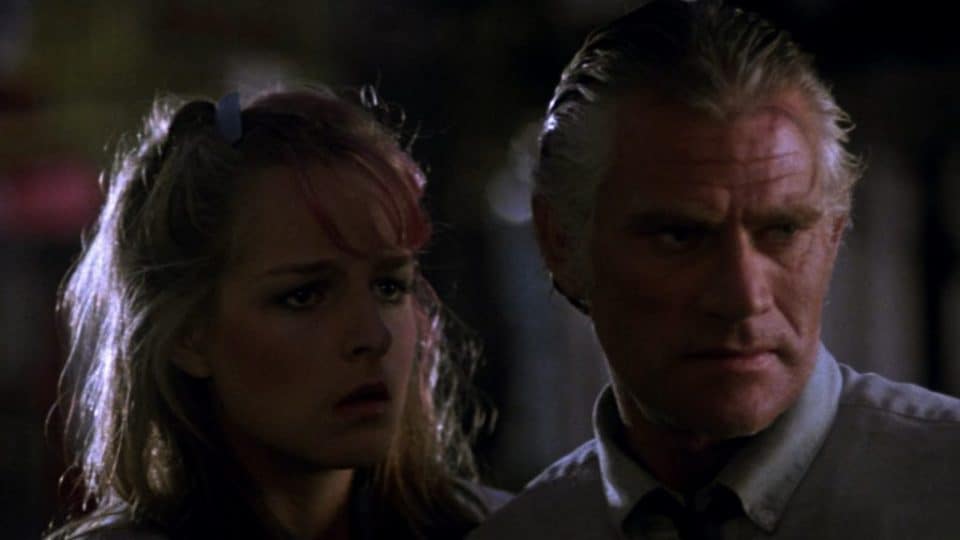 Imagine back in time around the late eighties to early two thousands. Before streaming videos on platforms such as Netflix and Hulu were a thing. There were movie rental stores such as Blockbuster, Hollywood Videos, and Family Videos that were the place to go for not only the latest and greatest movie but also for the unknown B movies that were usually word of mouth from family and friends.

B movie: Lower budget movies with up-and-coming or unknown actors, sometimes with outdated special effects. That's the case for the movie Trancers (1984) and its six sequels, ending with Trancers 6 (2002).

The basic plot goes like this: The consciousness of Jack Deth, a cop in 2247, is sent back in time to possess the body of his 1985 ancestor Phil Dethston (by some sort of drug) in order to defeat an evil cult leader, who has also taken this route, and start killing the ancestors of civic leaders who are therefore wiped out of existence. Who cares if this is a Terminator rip-off or how ludicrous it is with the time travel. 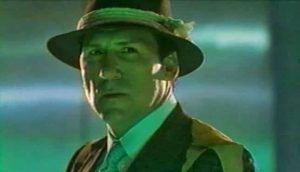 Let me introduce the three actors that you may know depending on whether you like lower-budget movies. The main star of the movie is Tim Thomerson who is a dependable actor that you may have seen in Near Dark (1987) or even heard as the voice of Cyrus in the crazy video games Saints Row 3 and 4. For the co-star of the movie, Helen Hunt, this was her first major screen appearance. She would later star in the hit TV series Mad About You (1992) and in movies such as Twister (1996) and As Good As It Gets (1997). The last actor that some of you might know is Art LaFleur. He had two roles that many of us have seen: Babe Ruth in The Sandlot (1993) and Chick Gandil in Field of Dreams (1989). If you have not seen those movies, I highly recommend them, even if you do not like sports-related movies. 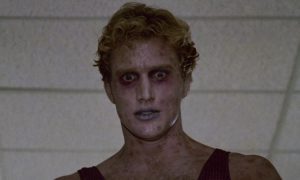 So what is a Trancer? The simplistic way of explaining it is that they are feeble-minded people that are easily controlled by the villain, Whistler. Whistler has a strong mental ability to manipulate an army of zombies to follow him. This is where the makeup comes into play, which gets better with each movie. Being a lower budget movie, they could not afford to spend much on prosthetics. So, for the makeup, they decided to darken around the eye as if they were sunken and to make the lips look veiny and chapped looking as if they were zombies. For a low-budget movie, I thought the makeup was effective and getting to the point of what makes the Trancers different from us.

The best effect they used (and I am saying this as sarcastically as I can) is a scientific item called the long second watch that slows down time...

Surprisingly, there were some interesting future locations and special effects that set the tone at the start of the movie. In the year 2247, Los Angeles is completely underwater, which does not seem too far off from the future if you ask me. At the start of the movie, the only laser effect is when Jack Deth shot and killed the first Trancer, which is understandable because of PLOT! He then goes back to the past with modern guns (duh). The best effect they used (and I am saying this as sarcastically as I can) is a scientific item called the long second watch that slows down time so that the user has a minute of slow-mo before going back to normal. It's really hard to explain how cheesy the slow-motion is, so check out this short clip from one of the films:

The plot device on how people go back in time can be a mixture of, "Oh that's cool and different," to "That is the dumbest thing I have heard." The characters use a certain drug to transfer their conscience back to one of their ancestor's bodies and then use a different drug to go back to their original body in the future.

Not only are the Trancers mindless zombies, they are also genetically modified to be stronger and faster than the last two movies. 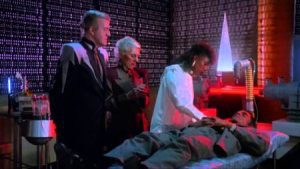 There are five sequels to this series, so how do they reinvent themselves to keep the series going? Across the sequels, they changed the way they travel through time and explain how the Trancers get stronger. In Trancers II: The Return of Jack Deth (1992), Jack is tasked to apprehend the new villain named Wardo (oddly enough Whisler’s brother from the first movie). Wardo somehow brought back an addicting drug to help create an army of Trancers who were faster than ever, all while trying to find the time pod that was supposed to help Jack and someone thought to be dead get back to the future (since the time drug is useless now).

Trancer 3: Deth Lives (1992) is a darker film out of the series where Jack is forced to take an assassination job now that the future is in peril with a new breed of Trancers. Not only are the Trancers mindless zombies, they are also genetically modified to be stronger and faster than the last two movies. I also need to mention that this was Helen Hunt’s last appearance, probably because she was getting more well known. This also has the funniest time machine in the series: the best way to describe the machine is a hexagonal tube with a yellow dome top so it doesn't look like a Bill and Ted phone booth. 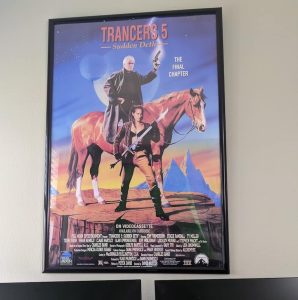 Trancers 5 poster in my office.

Trancers 4: Jack of Swords (1994) and Trancers 5: Sudden Deth (1994) were shot back-to-back in Bulgaria. The fact they were shot in a different country is a clue to how low the budget was for the movie. Jack was sent on a diplomatic mission while his time ship went haywire and sent him to a medieval dimension where the Trancers are the rulers. The biggest change on the Trancers is their physiology, which could be described as a vampire that sucks the spirit energy of the humans. Now these two films are definitely the weakest of the series, but Trancers 5 had the best movie poster ever! Just check out the photo I included here showing where I have that poster framed in my computer room.

So if you are looking to kill time or need a drinking game with friends by taking shots of terrible lines like "dry hair is for squibs." I do recommend watching the Trancers series, especially if you need a break from the big budget movies that take themselves too seriously.

Have you seen Trancers? What did you think? Be sure to leave a comment and let's discuss. 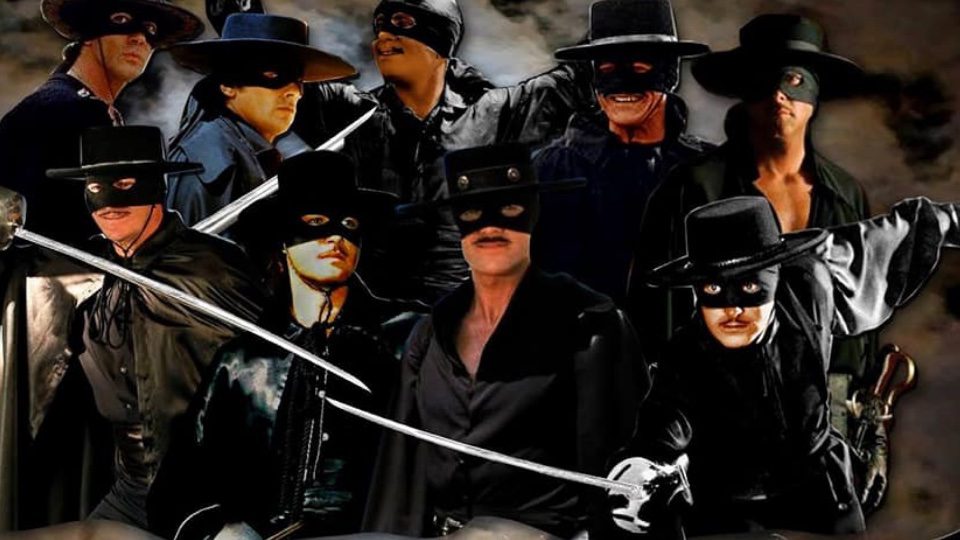