Faithful Remakes: A Pokémon Battle to Determine the Fate of the Franchise 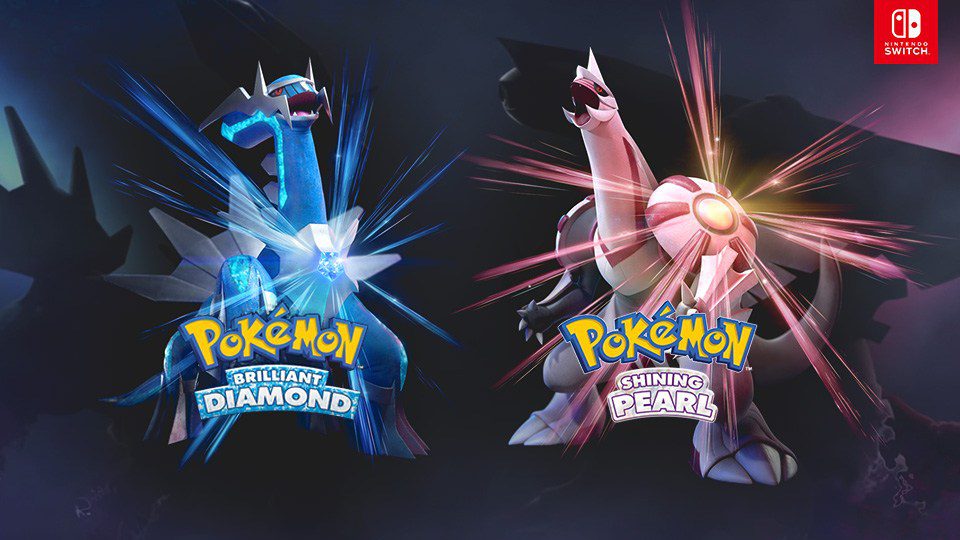 For my 4th birthday, my mom got me a silver Nintendo Game Boy Advance. She packaged it up with whatever games she thought I’d be interested in. At the time, my small collection of odds and ends was mostly composed of those weird Disney ports that today's YouTubers make niche video retrospectives on. I have fond memories of playing Toy Story 2, Disney’s Extreme Skate Adventure, and Spider-Man 2. But my crown jewel on the GBA was always Pokémon Pinball: Ruby and Sapphire. I fell for that game hook, line, and sinker, and I’ve had a love for pocket monsters ever since.

Before my 6th birthday, I began seeing ads for Pokémon Diamond and Pearl. GameFreak had me reeled in the first time that they flashed Dialga on the TV screen. I begged my mother for a Nintendo DS so I could play the shiny new game. My birthday was even more exciting than I expected as I was met with not just a Nintendo DS, not just the amazing new Pokemon Diamond, but with a copy of Pokemon Mystery Dungeon: Red Rescue Team as well.

My dearest reader, I regale you with these tales so you can understand how truly invested I am in these games. I was basically learning how to read from Pokémon text boxes, and I was brute-forcing my way through these games without understanding what a "super effective" attack is. It took me months to beat these games because I frankly didn’t understand a thing. And yet I loved them! Some of the most foundational memories of my childhood stem from these games.

That’s why I approached the recent remakes for both games with cautious optimism. Pokemon Mystery Dungeon: Rescue Team DX was released in March of 2020, a remake of that Pokémon Mystery Dungeon: Red Rescue Team game I got with my Nintendo DS. And Pokemon Brilliant Diamond and Shining Pearl were released in November of 2021, a remake of (believe it or not) Pokémon Diamond and Pearl, the other games that meant so much to me.

I’m now 15 years removed from being that kid tapping away on his DS, and I’m far more jaded with the state of the games industry now. I’m not impervious to the sweet allure of nostalgia, though, and I’ll admit that I spent a lot of time getting hyped up listening to old music, playing ROMs, and watching videos in the months leading up to these releases.

But now that both remakes have had their time in the spotlight, I must admit that one surpassed my expectations, and one left me a little bit disappointed. Here's my in-depth look at these games, in which I pick apart two very different remake philosophies to find out why that is.

Let's start with Mystery Dungeon DX, which does a wonderful job of recreating the original Red and Blue Rescue Team games. Everything from the original games was remade with beautiful new assets. The art style can only be described as a watercolor fever dream. It’s refreshing, and it helps differentiate the title from any other game in the franchise.

More importantly, Mystery Dungeon DX isn’t content to use its predecessor as a crutch. It has a certain reverence for the game it’s based on, but it also wants to stand alone as something entirely new.

For instance, the developers cracked down hard on some of the balancing issues present in the original games. I’m not saying Mystery Dungeon DX is perfectly balanced. I still wanted to bash my head into the wall any time an enemy Pokémon used Earthquake and damaged my entire party from across a room. But there are some really thoughtful changes here, such as reducing the level grind and rewarding players who link their moves together with more explosive damage output than ever before. There’s no doubt in my mind that the remake offers a more refined gameplay experience than Red Rescue Team.

What’s more impressive, though, is how much new content was packed into this remake. Mega Pokémon. Shiny Pokémon. Primal legendaries. New postgame dungeons. A selection of new playable Pokémon from the Sinnoh Pokédex! These are massive additions that are indicative of just how much TLC went into the making of Mystery Dungeon DX. These are the kind of changes that justify bringing a game back to life!

Mystery Dungeon DX embodies what I believe a perfect remake philosophy should be: Rebuild something worthwhile from the ground up, improve it for a more modern audience, and add new content that couldn’t be there when the game was originally made.

But then you have Brilliant Diamond and Shining Pearl. These are not bad games, not at all. They’re like comfort food. They don’t take risks. The devs took a much more conservative approach to remaking these games, and I think that plays out to their detriment.

There aren’t many changes made from the original games that I can see in these remakes. Trainer battles are slightly more challenging to compensate for how Pokémon experience gain has changed in the franchise over the past decade and a half. The need to keep an HM slave Bidoof in the player’s party throughout the game is gone. Hooray!

In this remake, new areas are added to the underground, allowing the player to find rare Pokémon as they gain gym badges and travel around the region. Now, if you want a fire type that isn’t Ponyta or Chimchar, you can actually get one before the end of the game. And Ramanas Park was a nice addition as a way for players to catch all of the legendary Pokémon from generations 1 through 3 without needing to use Pokémon Home’s cloud service (provided you have a copy of both Brilliant Diamond AND Shining Pearl, because of course you’d need both).

These are all definitely nifty little "bumps" in the game’s overall quality, sure. But guess what? These aren’t the first Diamond and Pearl remakes that have come out! Pokémon Platinum, a straight upgrade to its predecessors, was released back in 2008. The remakes of Brilliant Diamond and Shining Pearl are very conspicuously missing almost all of the improvements made to the Sinnoh region in Platinum.

In fact, large swaths of content from Platinum were cut from these remakes altogether. For one, the entire Distortion World adventure was cut. This is a damn shame, as it would’ve been really fun to see that part of the game in an updated visual style. Worst of all, though, is the omission of the Battle Frontier, which was what gave Platinum so much replayability. Without that robust endgame, I simply don’t feel the urge to go back to Brilliant Diamond and Shining Pearl when a better postgame already exists elsewhere.

Brilliant Diamond and Shining Pearl are the products of a strict remake philosophy: they offer some quality of life upgrades and a smattering of new content, but it’s plain to see that the developers were far more concerned with creating an exact replica of the original product.

The different remake philosophies of Mystery Dungeon and BDSP are illustrative of design approaches in the wider gaming industry right now, and that’s why I think it’s so important to highlight them.

We’ve reached a point in the games industry where the "power players" and Triple-A companies seem to want to remake every game that they feel like they can turn a second profit on. I don’t think that’s necessarily a bad thing, honestly. There’s definitely a market for fulfilling the nostalgic whims of an older gaming audience.

What I do think is a bad thing is when these supposed "remakes" are just $60 remasters of games that were released a decade and a half ago. That’s not taking care of a consumer need, that’s preying on the goodwill these developers built up with their initial game. Why would I buy a remake that does the exact same thing the original game did? Emulators exist for a reason, after all!

Instead of giving me remakes, I want to see that the game companies have taken some risks. I want something that captures the spirit and story of the original game, but that also mixes things up a little! Hell, let’s see some more wild shit like the Final Fantasy 7 Remake!

What do you think about the state of remakes in the games industry? Do you prefer "faithful remakes" that are just remasters of the original, or do you think that developers should mix it up a bit? 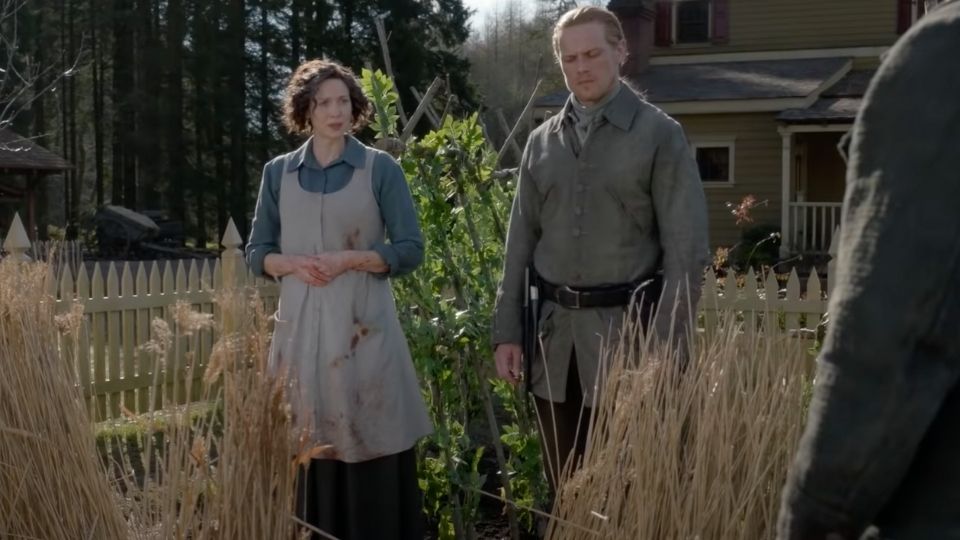