A new week is here, which means another episode of Star Wars: Andor. This week we have the penultimate episode, “Daughters of Ferrix.” After the intensity of last week’s prison break, I expected this episode would be a little slower, but no one expected to be met with the most depressing episode yet. From a major death to tough decisions, you’ll be left depressed but excited for next week’s season finale.

After last week’s action-packed prison break, Cassian and his lone prison friend find themselves stranded on a rocky planet. I know this because the first shot of them in this episode shows their hands and feet covered in cuts and blood (they will most definitely get infected). But it’s all good because they found a ship to escape, yay! But its original owners are close by, boo. Cassian and his friend can run for it, yay! But they foolishly get trapped by a weird sticky net, boo. They do eventually hitch a ride after the owners of the ship rant about the Empire being dicks and whatnot. They're dropped off back on the beach planet Niamos, where Cassian breaks into his old beachside home to retrieve all his stuff (which was surprisingly never found).

However, after this string of little victories, Cassian learns from his friend Xanwan that his mother is dead. The death happens earlier in the episode, so you just sit there, waiting for the moment he finds out, and it’s just as depressing as you would think. It's almost as sad as B2EMO waiting for Maarva to come back (I nearly cried at that part). This depression train doesn’t stop with the death of his mother; there's still more coming your way.

This episode wasn’t a good one for mothers in the galaxy. There was the death of Andor’s adoptive mother (which we all knew was going to happen), and Mon Mothma had some mother-daughter issues. It turns out Mon Mothma’s  daughter wants to follow the old ways of their planet, which means she will be set up in an arranged marriage. Remember last week when that shady banker wanted their children to meet? Yeah, this can only end poorly. The depression hits when you see Mon Mothma on the brink of tears as she tells her cousin Vel everything that’s happened. You can’t help but feel sorry for her and almost break down with her.

Depression plays a large part in this penultimate episode, and the audience is no exception. I’m referring to Syril making another unfortunate appearance this week. It was the most upset I was during the entire episode. He wasn’t in there for long, but it seems like he’ll be a big part of the final episode, and that just made me sad because I have to see his face again in the finale. My utter disappointment with the return of Syril is eased a little by another character whom I’ll never get tired of seeing.

Saw Gerrera is back again, and he’s just as crazy as always. From the frantic excitement of getting ready to attack the Empire to the extreme paranoia about Luthen’s alliances, it’s great. Forest Whitaker is always a joy to watch, and once Andor ends, I hope he gets his own series or movie (it can be animated or live-action, I’m not picky). Another character I’d love to see more of is the mysterious Luthen. Luthen was the only character that didn’t cause everyone to be depressed this week. He had an excellent back-and-forth with Saw that ended with a blaster in someone's face.

But perhaps his best moment this week (and maybe the entire season) was the skirmish between Luthen and the Empire. What started as a bad situation for Luthen turned into one of the best space fights in all of Star Wars. I’ll also go out on a limb here and say that Luthen’s ship is one of the best in Star Wars. The thing has anti-tractor beam counter measures, powerful engines, AND freaking lasers on both sides of his craft. The moral of this tangent, Luthen has an incredible ship, and I needed a Lego set of it yesterday.

“Daughters of Ferrix” is an exciting and depressing penultimate episode of Andor. The depression you'll get from Maarva’s death, and Mon Mothma's family drama will be balanced out by Saw Gerrera and Luthen’s sick ship. With everything in place, next week will be an explosive end to the season.

Have you seen the latest episode of Andor? What did you think of it? Let us know in the comments below where we can discuss how awesome Luthen’s ship is.

Come along with Michelle as she breaks down the new Hogwarts: Tournament of Houses gameshow and reveals which house truly reigns supreme!
by Michelle Holstine | January 13, 2022 | Pop CultureTelevision series 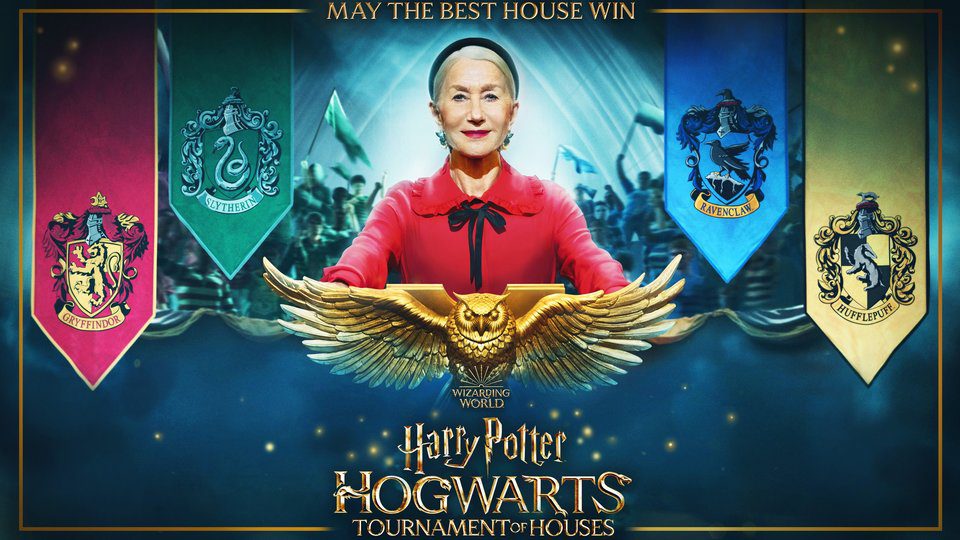 Andor Episode 4 is here and Thomas Richards gives first impressions and a hint of what to expect in this week's slower-yet-intriguing episode.
by Thomas Richards | October 4, 2022 | ReviewsStar WarsTelevision seriesWatching Now